This summer I’ve been making an effort to see more of my own country – Canada. I must admit, that even though I’ve travelled as far east as India, have stood on top of Inca Ruins in Machu Picchu, and have frolicked down the streets of Paris with a baguette in hand; I haven’t been very good at exploring my own backyard.

I live in the second largest country in the world and have only been to three of its major cities, two of which I lived in, so do those even count? Now that’s a bad track record for a travelling Canuck! 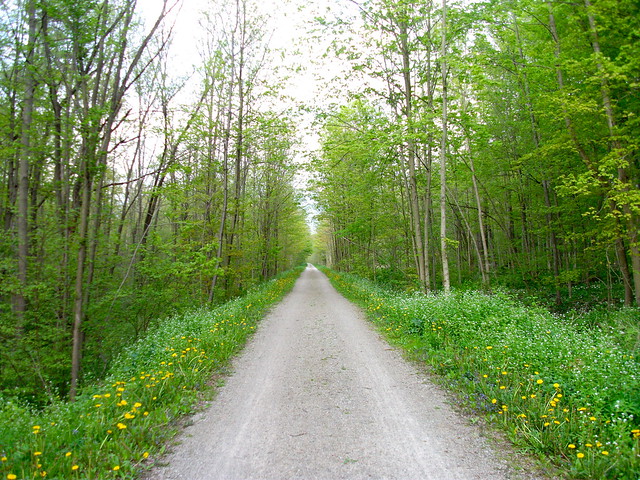 Earlier this summer I drove out to Hamilton to visit a friend. She mentioned there were ruins along an old trail, so we decided to go on a little hike. Leaving the car behind in a dirt parking lot, we followed the path that runs through this forest. Aside from two lone hikers and a family that rode past on their bicycles, this place was completely desolate.

We arrived at the old mill which sits on the banks of Grand River. Built in 1867, these may be no Rock of Cashel ruins like what you’d encounter in Ireland, but considering Canada doesn’t have a very long history, I was surprised by what little remained of the structure. 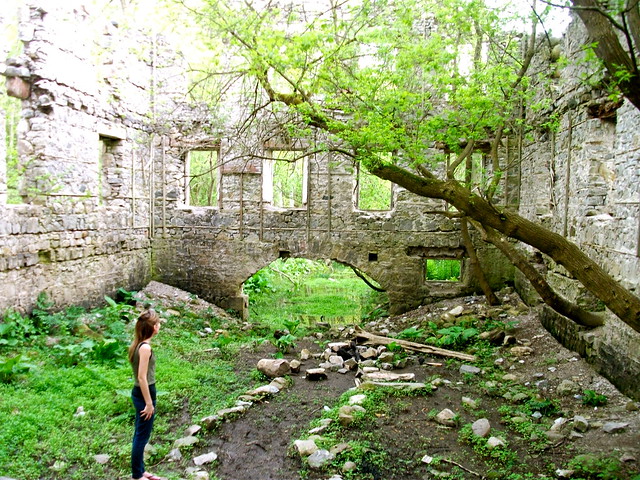 There is nothing German about this mill, aside from the fact that it once belonged to a family with the surname ‘German’. Over the years, this building evolved from woollen mill to traveller’s lodge to private summer residence, and considering it was only abandoned as late as 1944, not much remains of the place. Today the mill is believed to be haunted and few are willing to venture there past sunset.

Have you explored ruins in your own hometown?