Have you ever heard of Anne of Green Gables, Emily of New Moon, or Anne of Avonlea? Since the first of the novels was published in 1908, Lucy Maud Montgomery’s stories have inspired movies, musicals, television series, and even cartoons! Heck, Lucy Maud Montgomery put Prince Edward Island on the map! Thousands of visitors flock to this small island every year, many of them in search of Anne’s land. 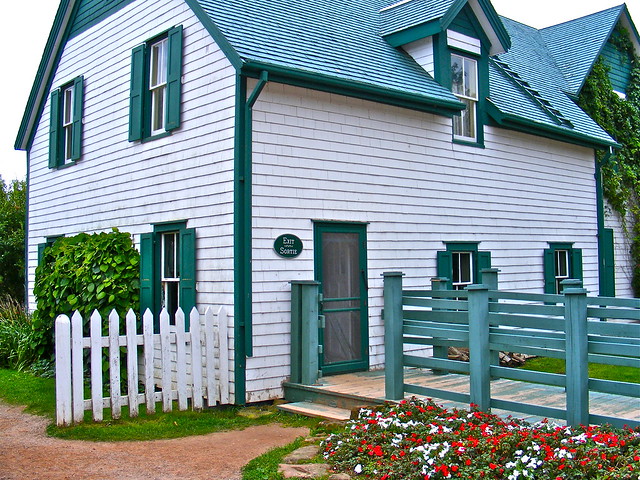 So yes, I did the most touristy thing one could possibly do on the island. I drove from Charlottetown to Cavendish in search of the home of her best known (though fictitious) character – Anne of Green Gables. 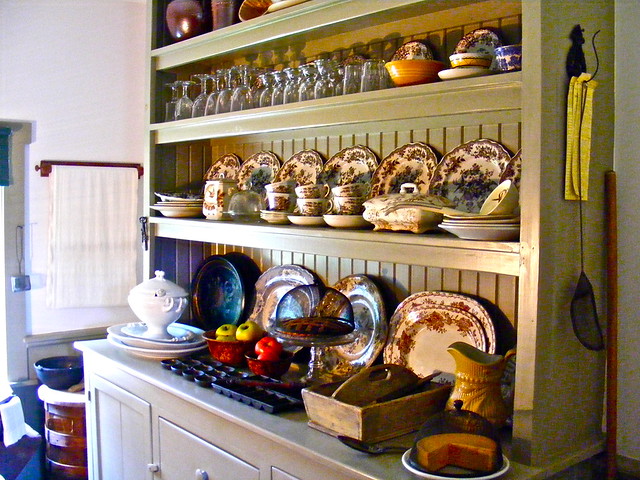 Picture a quaint wooden house with green trim, beautiful gardens, floral patterned wallpaper and pastel coloured bedsheets. The setting is idyllic. It’s like stepping straight into the pages of the novel. But what is one to do after walking through the Haunted Wood, drinking Raspberry Cordial, and watching couples stroll down Lover’s Lane? Go in search of a lobster dinner, of course! 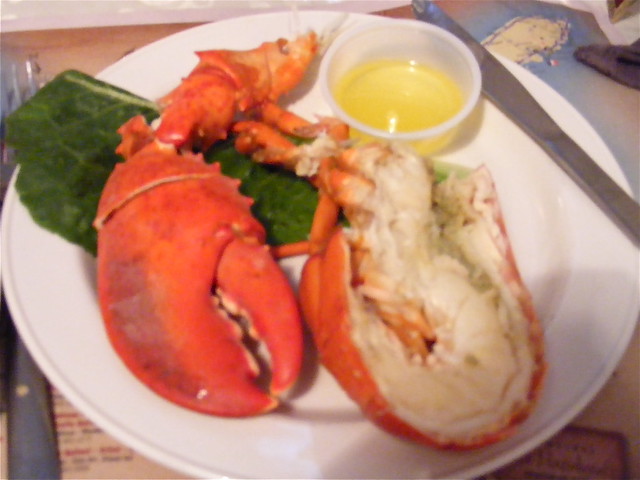 I had my first lobster dinner in the basement of a church; a rather unusual location! It was a real restaurant too. (St. Ann’s Parish, Route 224, St. Ann’s) Never having eaten lobster in my life, I went with the safer option and ordered the half lobster off the children’s menu. For starters I had clam chowder, and it was so delicious I even got seconds! Then the red creature arrived alongside a plateful of potatoes, corn on the cob and steamed vegetables. Even though there was no lobster head staring back at me in defiance, it was an intimidating meal.

What’s the green stuff inside my lobster? A garnish, I presumed. No. I was wrong. That would be the lobster’s digestive system. I only learned that after the meal. But no need to get squeamish! Fortunately, I did not eat ‘the garnish’; it just looked too suspicious. But apparently the lobster’s liver and pancreas are considered a delicacy by some. So if that’s your kind of thing, you might enjoy ‘tomalley’.

And what’s the brown stuff? That would be the lobster’s shit! Yes, in your food. Wow, this is getting less appetizing by the minute! Thankfully my lobster came without this little extra, but my friend later informed me that it’s not uncommon to get a little surprise with your meal. Again, this is something they should really warn you about before you take a bite!

So what did I think of my lobster? Well, plain lobster dipped in hot butter didn’t do the trick for me. It was too bland. Even after sprinkling a little salt and pepper, I felt like it was missing something. Maybe a garlic butter sauce? Or maybe I just don’t like lobster… I’d be willing to give it another try, but this may just end up being another sea creature added to my don’t-eat-food-list.

Have you ever visited a place made popular by a novel?