Montreal is full of great finds; Local Montreal is one of them. While staying at La Maison du Patriote, an über-cool tent like hostel in Old Montreal, I stumbled upon a poster for a free walking tour of the city in one of the bathrooms. (Yes, advertising in stalls clearly works!) Considering the walking tour I’d spotted at the tourist information centre cost around $20, quite pricey by my backpacker standards, Local Montreal’s free tour won out. Of course, it was so good that now I just have to write about it! 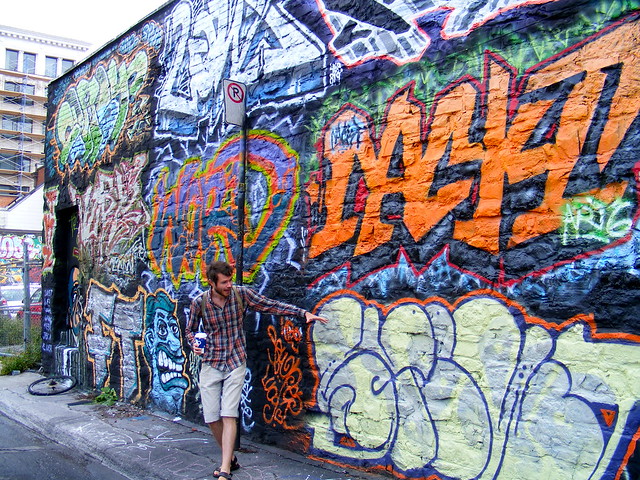 We met up with our guide Ismael, a Norwegian calling Montreal home, and set off to explore the Latin Quarter. Our group spent the morning wandering the city’s old red light district, listening to tales of gangsters, booze and glamorous burlesque performers. We visited Les Foufounes Électriques, (which translates to ‘The Electric Buttocks’!), one of the oldest underground music venues in the city whose stage was once graced by Nirvana. We took in various art installations, visited the design faculty at UQAM, and my favourite part — got a crash course on all things graffiti. 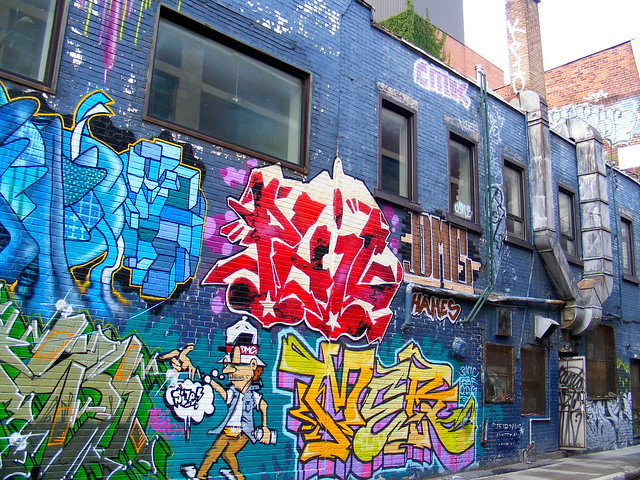 So here’s Graffiti 101:
A tag is a signature and the simplest form of graffiti. A throw-up, also known as a throwie, is done in bubble letters and usually consists of two colours; one for the outline and another for the fill in. A throw-up requires more time to execute than the tag and acts as a logo for the artist. A piece (short for masterpiece) requires hours of careful execution, covers a large area, and really displays the artist’s skill. Pieces can also be commissioned. 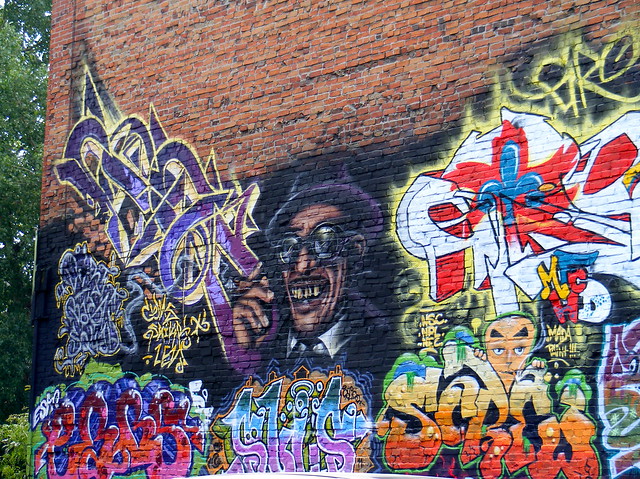 Then you have heavens or giraffiti which is graffiti that will leave you thinking ‘How did they get up there?’. L’etat perdu on the brick wall would be such an example. My guess is whoever did this had to dangle from a rope. Because this form of graffiti is done in places that are difficult to reach and also pose certain dangers, they really help increase the artist’s notoriety. 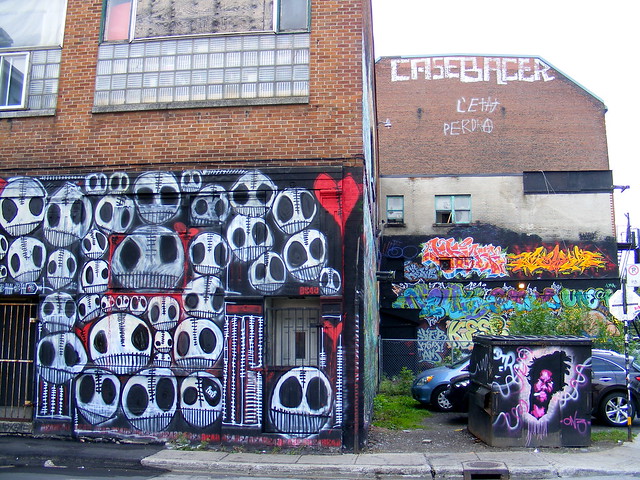 Then you also have stickers like the ones seen on the back of this stop sign. This form of graffiti can range from ‘Hello, my name is ____’ stickers found at any business supply store, to images that have been hand drawn and transferred onto vinyl sticker paper. 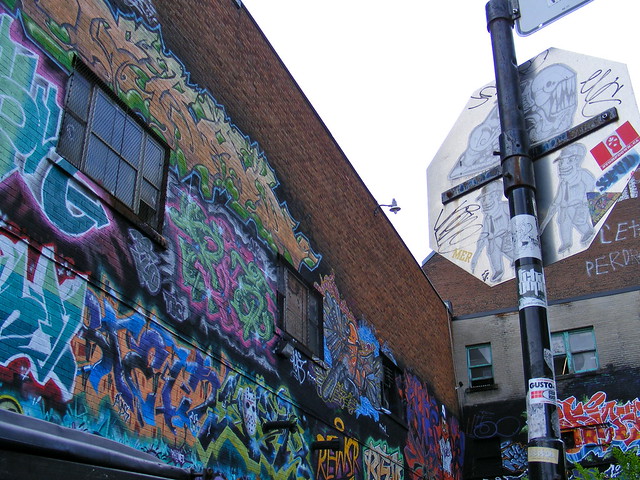 I’ve visited Montreal several times before, but this tour uncovered a part of town I had completely overlooked. Montreal’s underground art scene is bursting with innovative ideas, and businesses across the city are beginning to take notice. Hotels and stores have even begun commissioning pieces from street artists for their upscale venues.

So there you have it! If you’re ever passing through Montreal be sure to look these guys up.

P.S. They also run a pub crawl and a brew pub tour!