Montreal was my favourite stop along a two week Eastern Canada train adventure. Yes, I travelled far and wide, and my favourite place was a city I’ve visited multiple times before, and lived in! (But I’ll have you know that having lived there does not make me biased because I was far too young to know how great a city I was in!)

My trip across Eastern Canada helped me realize that I’m a city girl at heart. While I can appreciate the charm and serenity small towns offer, I crave the energy, the lights, the museums and galleries, the cafes, the honking cars, the demonstrations and the protests, the fashion, the music and the graffiti, the crammed subway cars, and the sight of two foolish tourists carrying far too many suitcases around town. I may have been one of them.

So let me share some of my favourite spots around town:

What drew me to the art museum was the Jean Paul Gaultier exhibit. I was kind of obsessed with Fashion Television during my teens, so seeing haute couture up close was an opportunity I couldn’t pass up. The mannequins looked a little creepy, especially when they closed their eyes and began chanting like a baroque choir, but once I got past that, the work was quite intricate. If I had to pick a favourite piece from the collection, it would be the can-can dress. 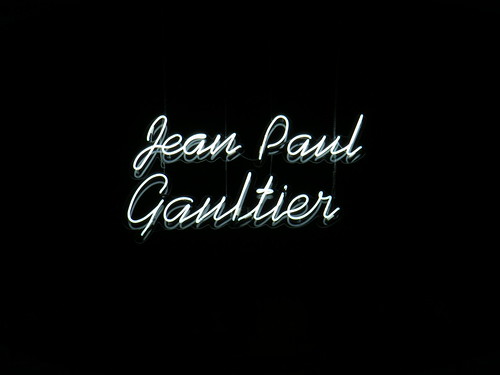 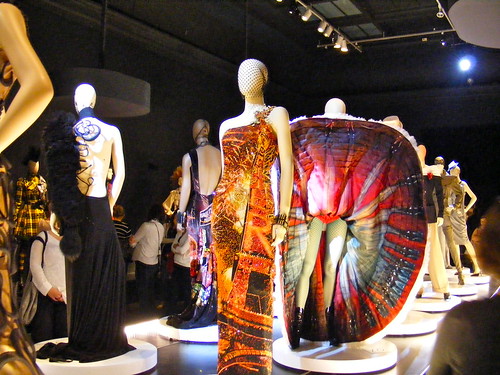 Though the Jean Paul Gaultier exhibit had an admission fee, the permanent collection is free of charge. The one-sculpture-a-day project entitled La forme des jours (The Shape of Days) was my favourite in the contemporary hall, but if that’s too abstract for your liking, this gallery has everything from Rembrandt and Poussin to Matisse and Cézanne. 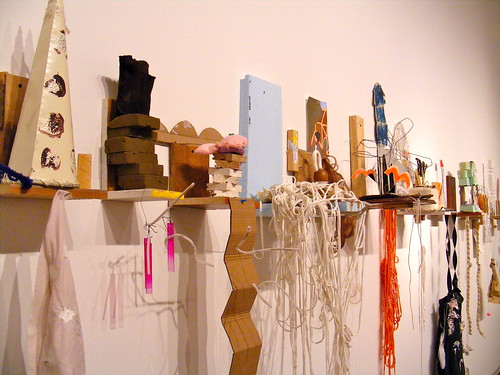 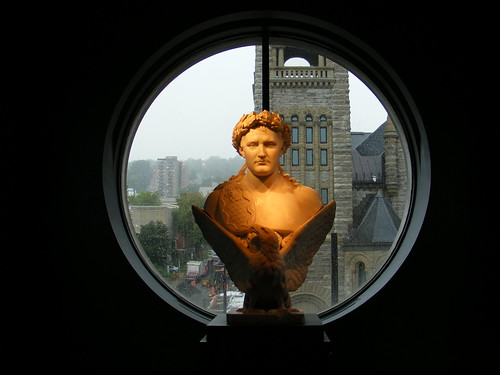 Mount Royal has the best city views without a doubt, and if you don’t find cemeteries too morbid, Cimetière Mont-Royal is also worth exploring. 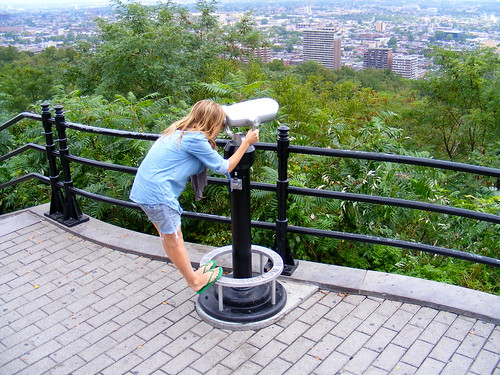 I’ve been to Montreal many times, but the basilica is one place I had neglected; it just seemed too touristy, but then I guess places are touristy for good reason. Would you go to Paris and not visit Notre Dame de Paris? Unthinkable, it’s up there with climbing the Eiffel Tower and setting foot in the Louvre. Well, Notre Dame the Montreal, too, is definitely worth the visit! 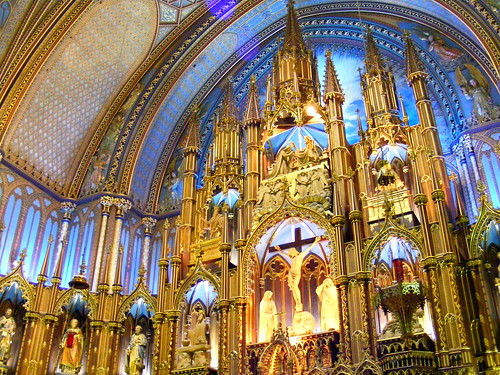 I decided to go in the evening for the light show. I envisioned a few spotlights casting their light on the stained glass windows, and perhaps a few lights over the altar, but I got a full on multimedia presentation instead! Draped curtains and a large white screen initially covered the altar. We were shown a film that guided us through Montreal’s early days and introduced us to the architect and workers who brought this vision to reality. And then the curtains were majestically whisked away to display an altar of teals, blues and gold. Ooohs and aaahs followed.

I’ve stayed in my fair share of hostels, but La Maison du Patriote is by far one of the coolest places I’ve ever slept in. It’s easy to miss from the street but once you’re in, the place is an explosion of art, colourful fabrics, chalk writing, and unusual sleeping arrangements. 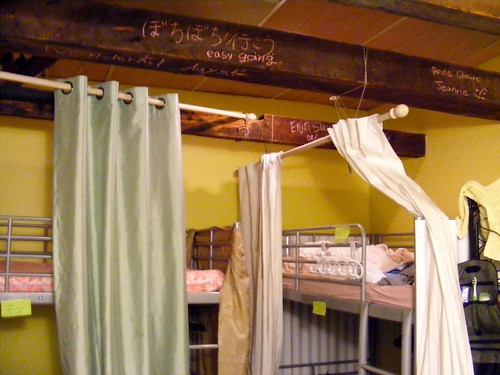 The dorms are located in the attic (have you ever slept in an attic?), and instead of walls curtains divide one bunk from the next. It was like camping indoors!

Been to Montreal? What were your favourite places?