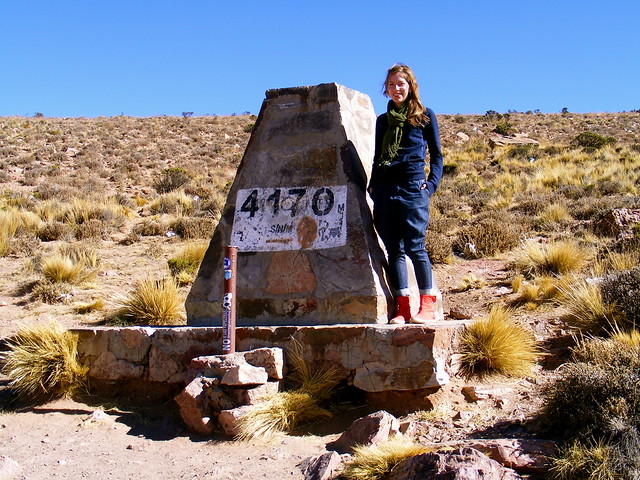 4,170 meters is the highest altitude at which I have ever stood.

The day started long before sunrise. Our driver stopped at a corner store and urged us all to purchase the infamous coca leaves in preparation for the long day ahead. (They worked their magic in Cusco and I’ve been a chewer ever since.) A few pesos got me a generous bag full; I used the remainder to brew tea for the rest of the trip!

The ascent was slow; with every turn the homes became scarcer and the towns farther apart. I rolled a wad of leaves into the side of my mouth and let the juices do their work. Every meter we climbed had a soporific effect on my body. Unlike my counterparts, I was neither dizzy nor nauseated; I just needed to sleep and despite being in the navigator seat, I eventually gave up on trying to maintain a conversation with the driver. I dozed for hours, waking up sporadically to notice the terrain had drastically changed. 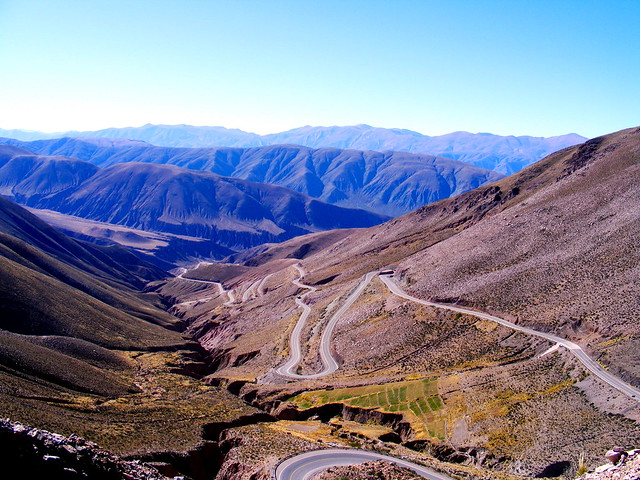 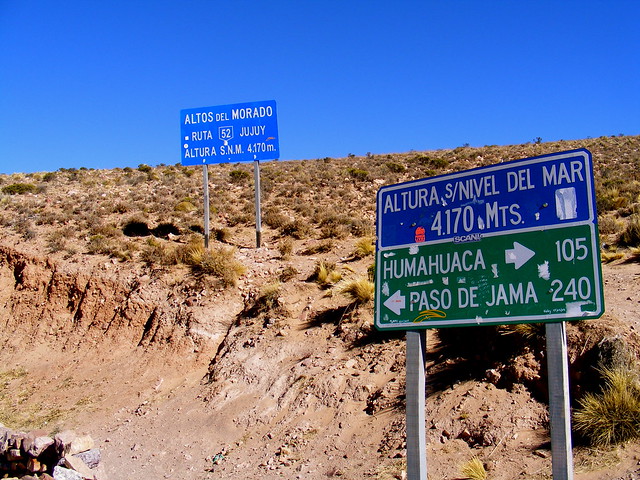 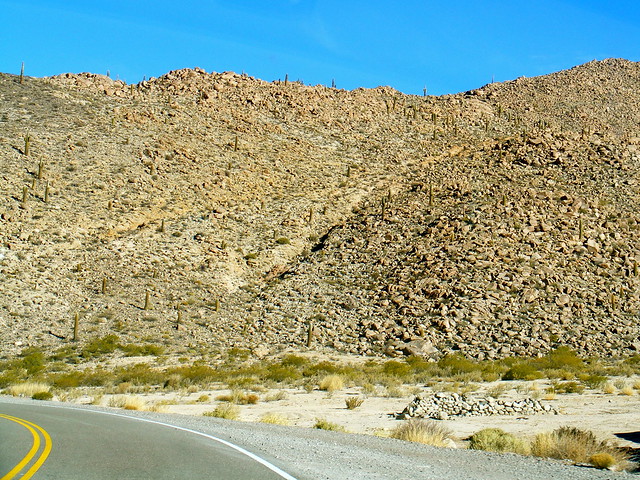 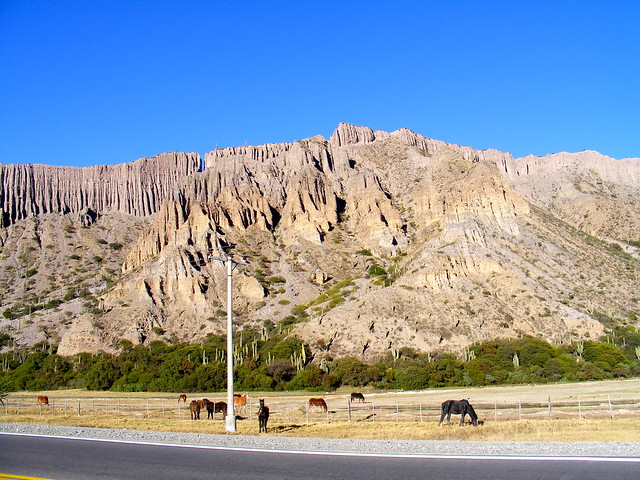 Despite the sleep inducing altitude, I feel that I managed to see quite a bit that day; even if it was because the driver was prompting me to get out and have my photo taken. My recollections of the day include jumping shots on the salt flats, the piercing cold despite the sun being out, watching Venezuelan telenovelas while I ate my lunch of milanesa y ensalada at a lonesome restaurant, a visit to a small village in search of medical attention for one of our passengers, playing with local kids while said passenger was treated by a nurse, driving through sharp curves that were marked with crosses, visiting ruins that had not yet been excavated for preservation, and being inspired by two ladies in their mid 60s who were on their annual exploration quest. I may not have seen it all, but Jujuy was still good to me.