A few weeks ago the Lotus Lantern Festival took place in Seoul. The parade is held to celebrate Buddha’s birthday, and this year the big guy turned a whopping 2556 years old. Happy birthday old man! Since it was my first major holiday in Korea, and I have a huge fascination with paper lanterns, I simply had to attend.

Now that’s the face of someone who can hardly contain their excitement!

Sam and I scouted a spot near Dongdaemun Gate at the start of the route in the east end of the city. The area was far less packed than central Jongno, so we got a prime location right on the sidelines. Then right at 7pm, the hypnotic sound of drums and trumpets began ringing out in the distance. As the various groups made their way around the bend, colourful troupes of dancers, musicians, flag bearers, and women clad in traditional gowns emerged. It was a sight to behold! 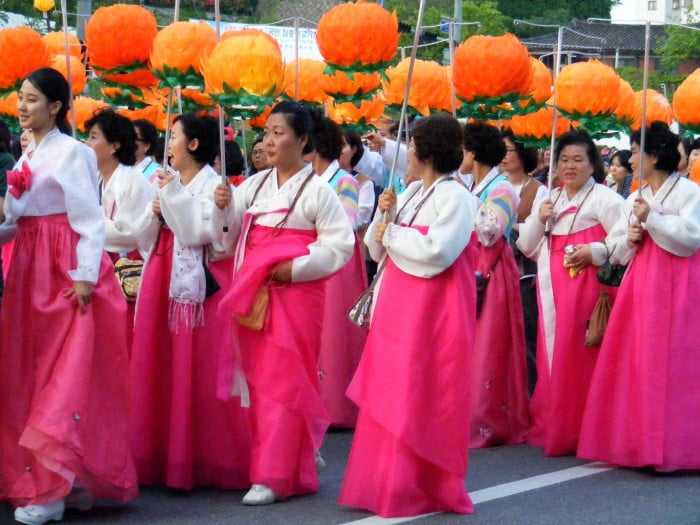 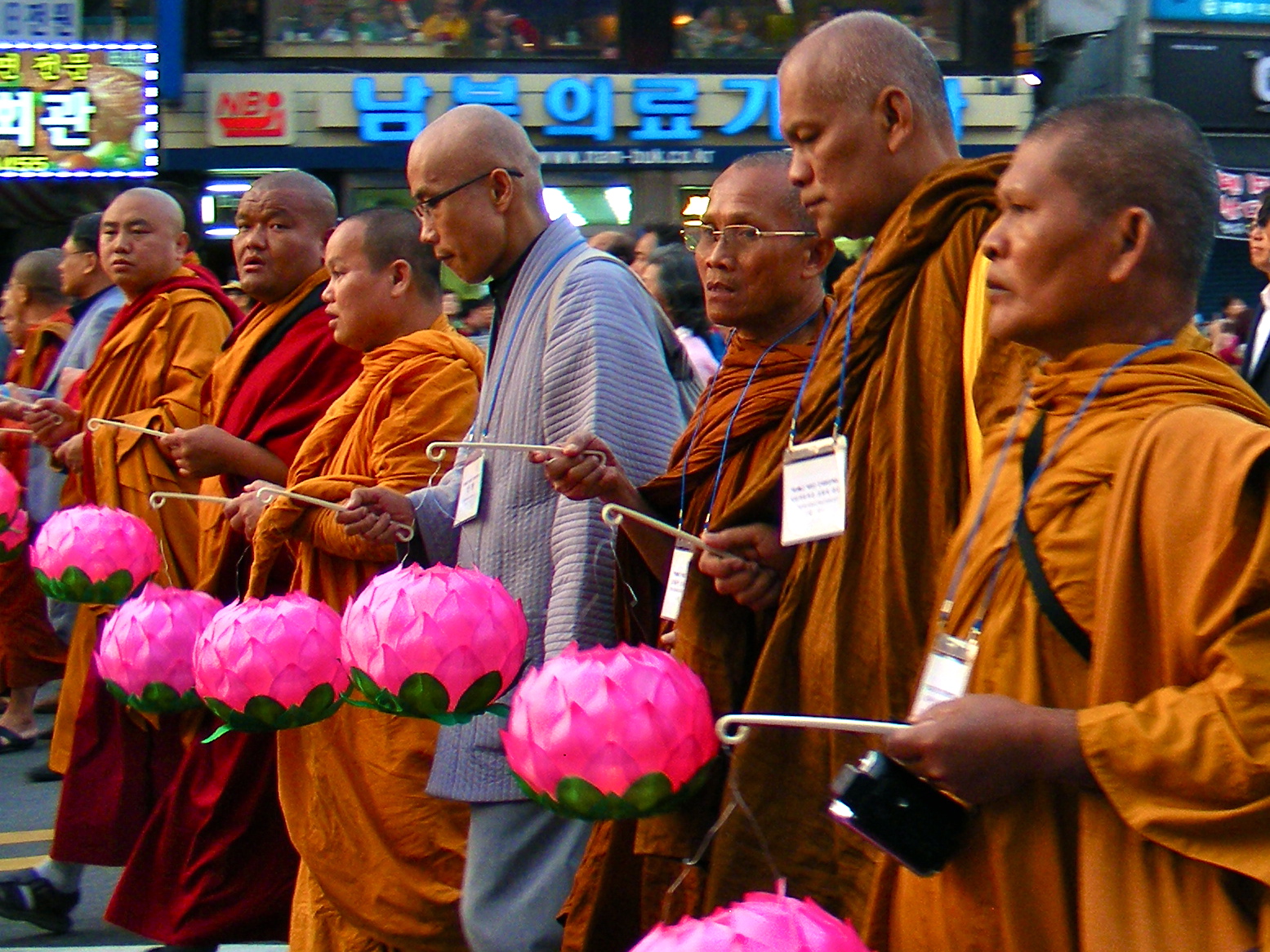 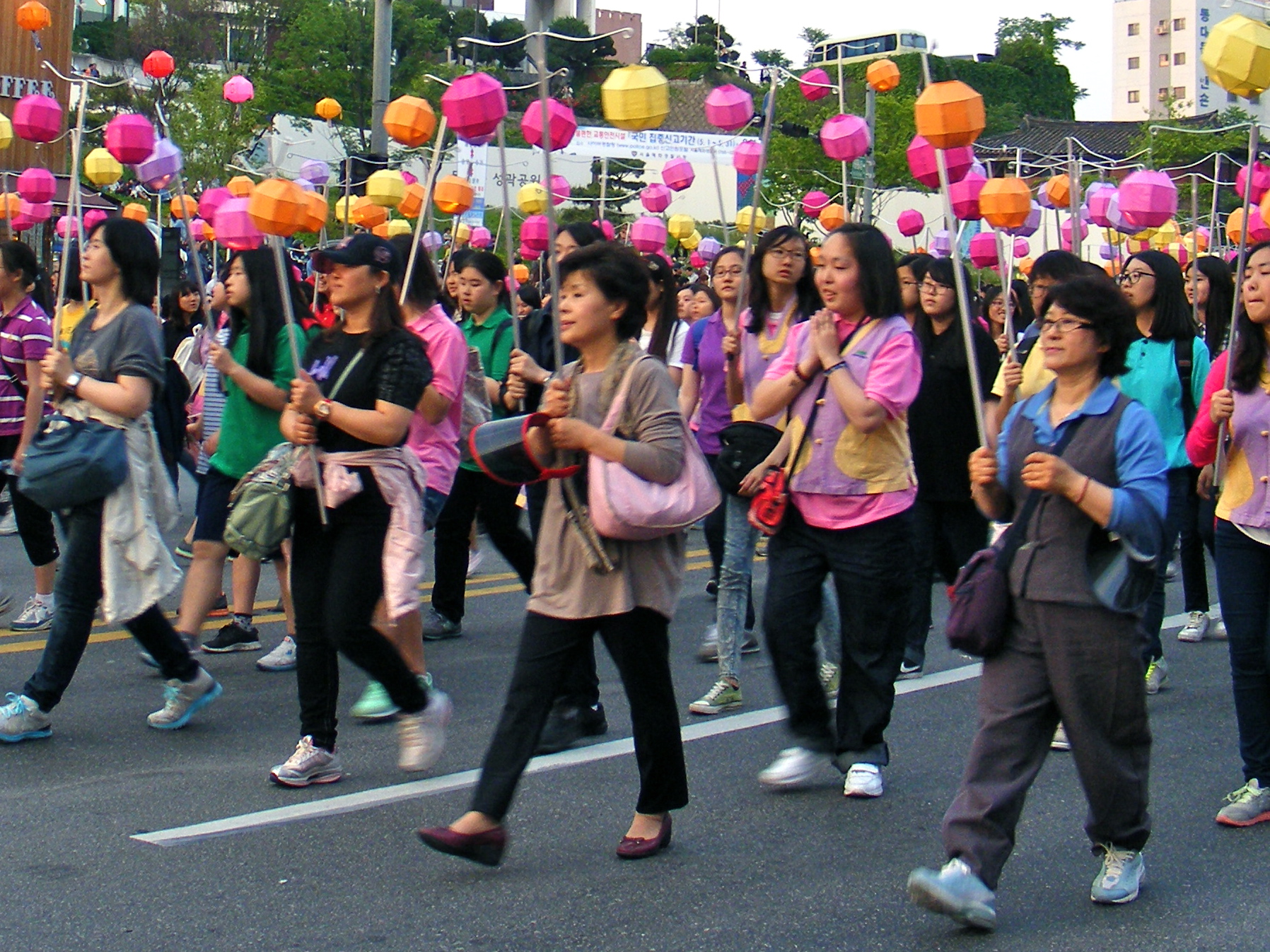 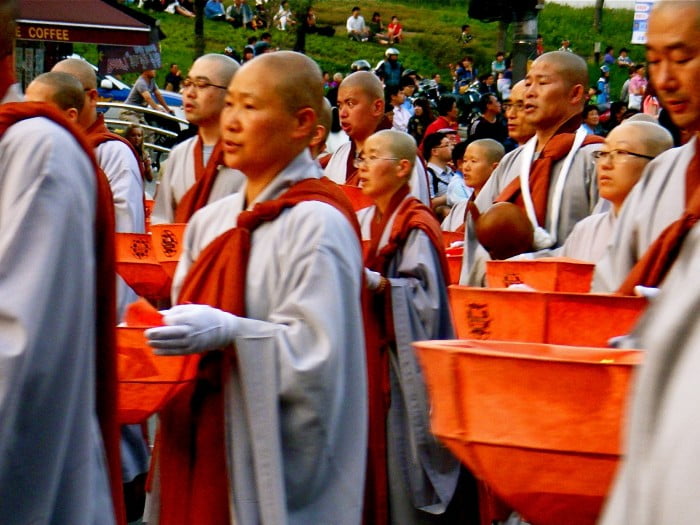 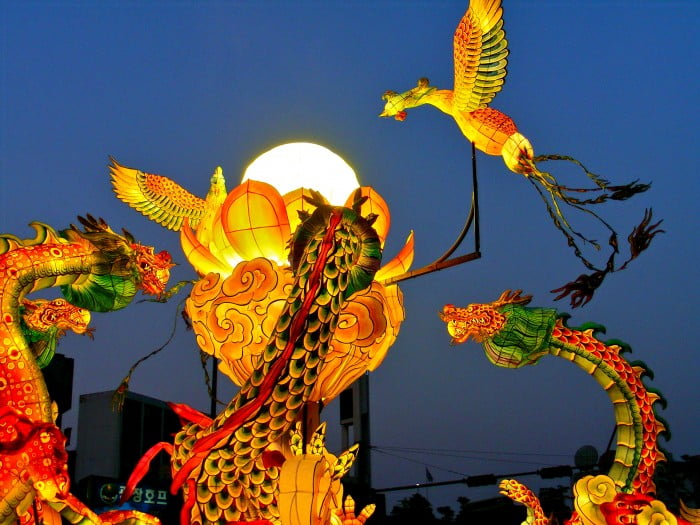 Once the sun had set it was time for the huge paper floats! There were elephants, tigers, mythical creatures, and lotus flowers with Buddha seated atop. Just a few days earlier I had spotted some of the craftsmen working on these truly impressive floats just behind the Jogyesa Temple. It is incredible that these works of art are created using rice paper.

And did I mention we got interviewed by a Korean TV station! I may have thrown in far too many adjectives like beautiful, colourful and traditional, but hey, that pretty much sums up the parade, plus it was my first time on television!

But now let’s talk about crashing a parade. I’m not sure Sam believed I was serious when I suggested we sneak into the parade, but after taking in the spectacle and watching the monstrous floats glide down the street, it was time to join in the fun. Ferris Bueller (greatest movie ever!) may or may not have been the inspiration behind this… although a far more subdued version of his antics; I did not jump on one of the floats and do the ‘twist and shout’ though it was in the back of my mind…

We waited for a group where we could blend in nicely – ie. monks and school aged children are not ideal for a blond and a tall redhead – and then we slipped through the sidelines and fell in form near the end of the pack. I was caught in the act but the woman just waved me in. Phew! It wasn’t long before the people around us were handing over their lanterns with big smiles so that we too felt like a part of the celebrations. 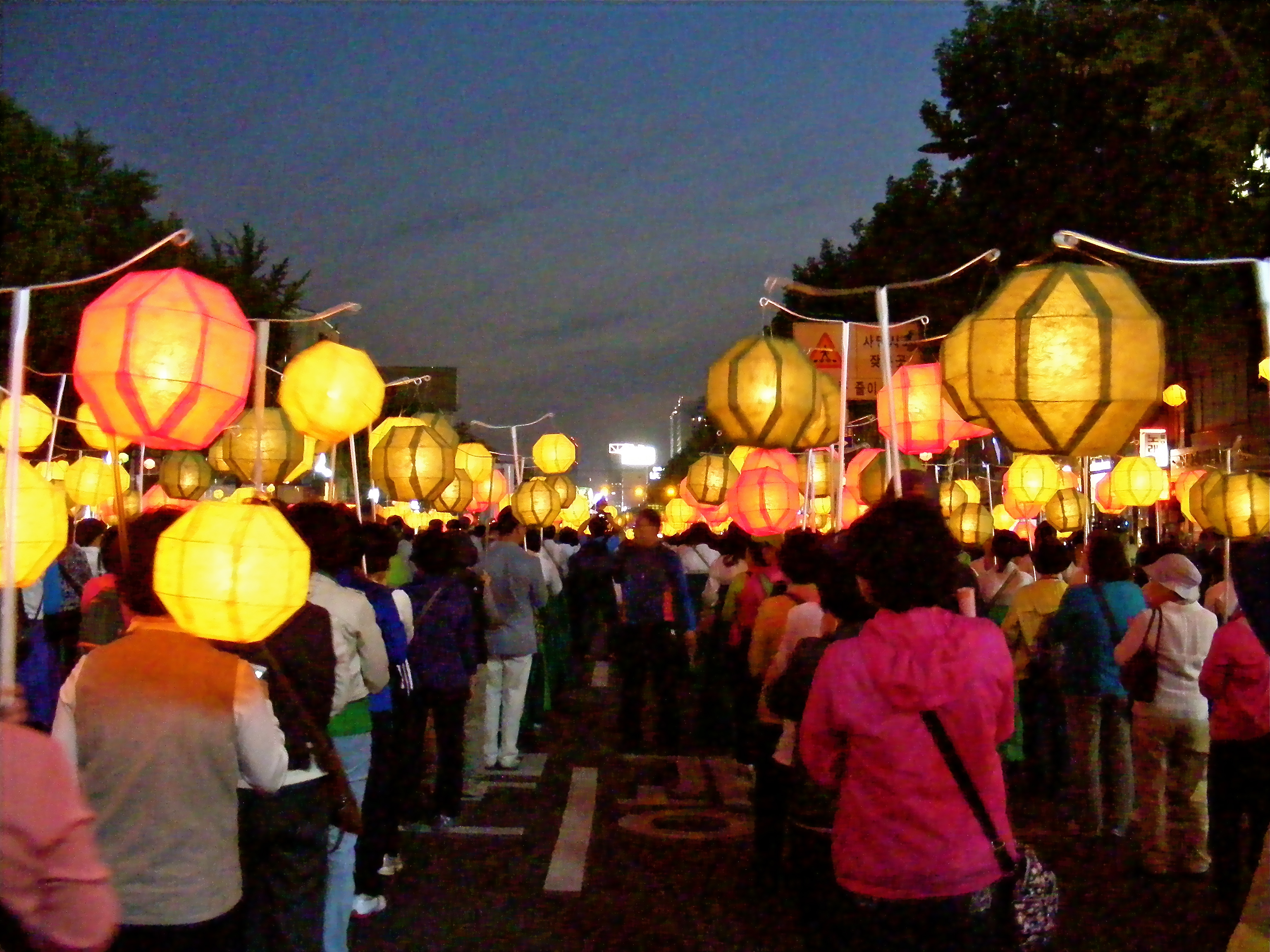 As we walked down the main street, I looked around and realized we were the only foreigners in the parade. On the sidelines, the ajummas and ajossis smiled, waved, and some even clapped their hands in excitement at the sight of a foreigner carrying lanterns. We also made a few of the foreigners chuckle with our conspicuous presence.

Marching through the city on such a momentous occasion, with thousands of people carrying lanterns bobbing up and down the night sky, almost felt surreal. ‘Am I really thousands of miles away from home parading through the heart of Seoul on one of the most meaningful celebrations of the year?’ It’s certainly a memory I’ll cherish when my year in Korea is up.

Have you ever crashed a parade?
If not, which one would you want to walk in?