And I’m not referring to summer.

All this sweating in front of the fan while sitting scandalously clad, and drinking glass after glass of ice cold water has me longing for the former days of spring. Now, I’m generally not one to complain about the heat – I love me some tropics! However, the heat in Korea has reached a stupefying 40+ Celsius lately! 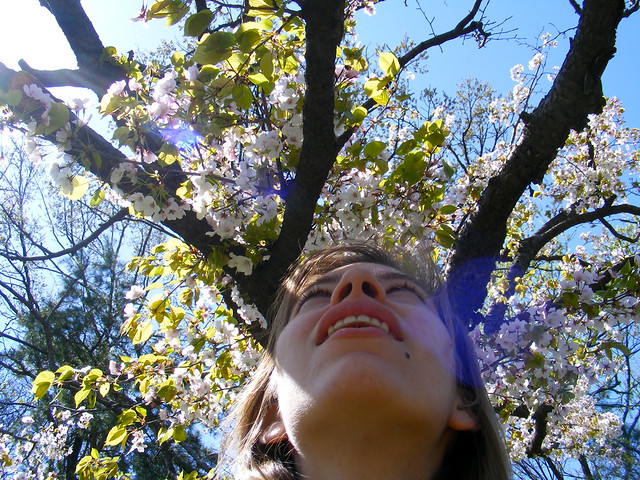 So rather than facing the inferno, I am sitting in a cool cafe thinking up a gazillion reasons why spring in Seoul is so much better. Or maybe just four; I know you are all busy people…

The lanterns went up weeks before Buddha’s birthday and I had no complaints! The streets were adorned with lanterns strung from lamppost to tree to telephone pole. Red, blue, yellow, pink and green! It was a rainbow of colour, even more so at the Buddhist temples! I only wish we could celebrate my birthdays that way… 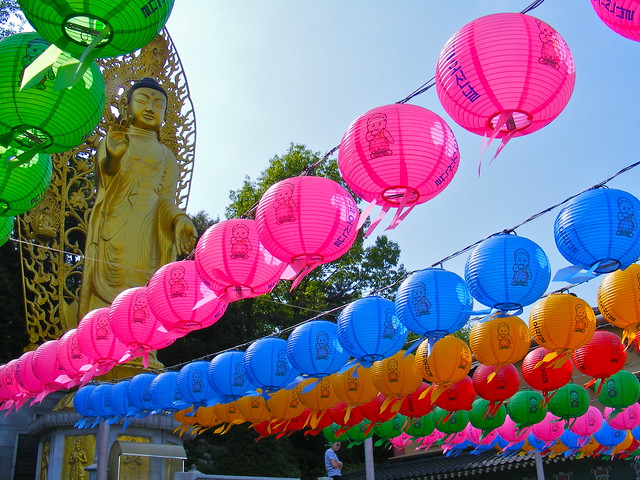 When the trees first began to bloom it was euphoria around town. After a brutally cold winter, flowers were exactly what everyone needed to brighten up their spirits. The streets were lined with blossoms in shades of pale pink and white, making it the perfect backdrop for photo shoots; and I saw many a couple getting cozy for the camera. Love was in the air!

The stream that runs through the city of Seoul finally came to life. I had walked along its banks late in winter and it was a drab shade of concrete adorned with skeletal trees. As soon as spring arrived, however, so did an explosion of colour! And I don’t just mean the green leaves and fresh flower buds. Several small events took place along the Cheonggyecheon, including a Children’s Festival which resulted in colourful art installations going up all along the riverbank. 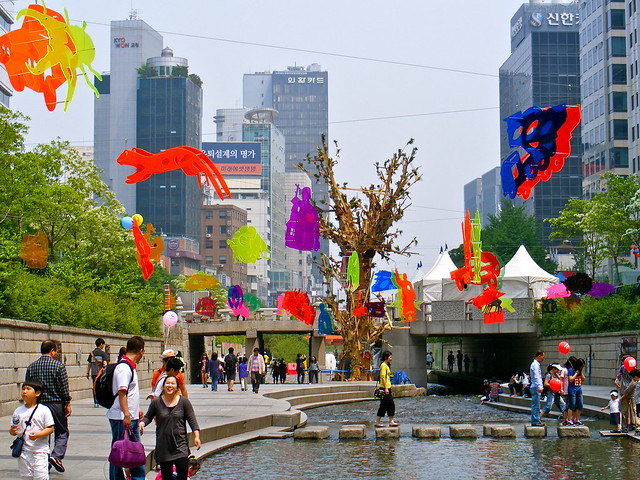 This festival has been one of the highlights of my time in Korea to date! Traditional costumes, plumed dancers, and monks from Korea to Nepal all marching in unison. It was the most random of days; I started out as a spectator, ended up being interviewed for national television, snuck into the parade, and walked down the main street with red lanterns in hand which were kindly offered to me by a Korean woman. I couldn’t stop grinning as I waved at locals and foreigners, and they smiled back.

What’s your favourite city in the springtime?