This week’s post comes from one of my favourite travel bloggers out there, Brenna of This Battered Suitcase. She has covered some serious ground travelling, living and working her way around the globe, and she is currently on an extended journey across Latin America! Be sure to check her out on Facebook and Twitter  for a serious case of wanderlust. 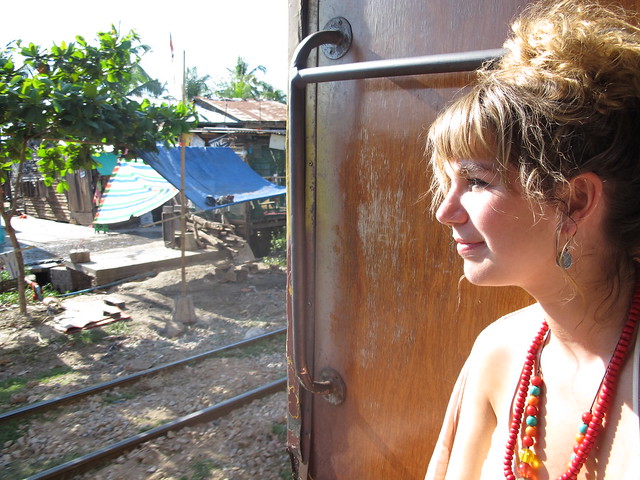 How did you learn about this place?

Burma has long been one of those special places on my travel wishlist, as exotic-sounding and faraway-seeming as Zanzibar, Bora Bora, or Kathmandu. I knew the country had a troubled and violent past, and had heard snippets of its history on the news and in school; I knew that I wanted to learn more, and to try and understand a bit more about the problems its people face. 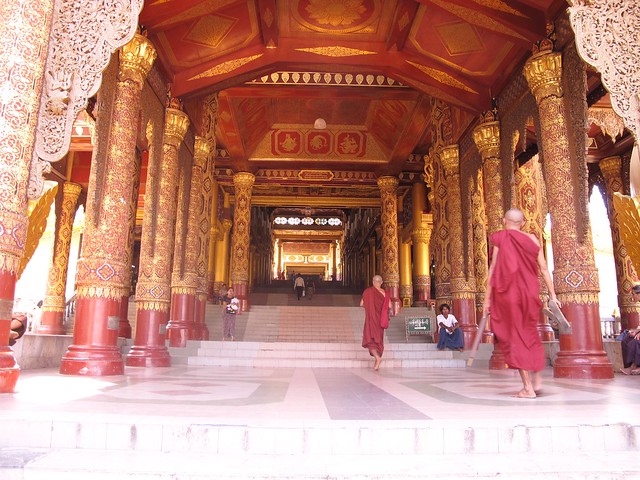 There is a lot of controversy surrounding tourism in Burma, and I had to weigh the pros and cons before deciding to visit. With enough research, I eventually decided that I was able to travel intelligently and in a way that supported locals directly. When I started to plan a 9-month adventure to Southeast Asia, I knew that a trip to the unique country would be in order; with some more research online, I realised that visiting Burma is not as difficult as it once was, and within a few days had my travel plans finalised.

What makes it stand out from other places you’ve been to?

I travelled to Burma for one reason only: for the people. While there are dozens of jaw-dropping tourist sights around the country, I decided to stay in Rangoon and get to know the city and its inhabitants as well as possible. I have travelled to many different countries in my life, but I can honestly and wholeheartedly say that the people of Rangoon were the friendliest, warmest, and most genuine people I have ever met. 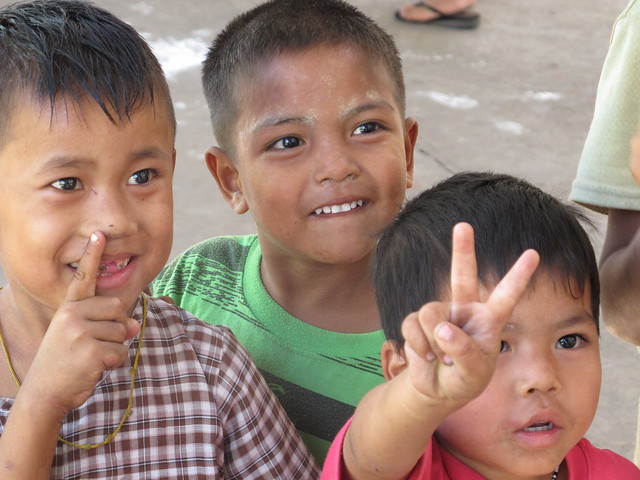 Everywhere I went, people were eager to chat and share stories, and I was greeted with a smile at every turn. I felt as though I was in a perpetual state of elation, so happy to be in a place that welcomed me with such an open mind and with such open arms. We rode bicycles around the city, and kids chased us, waving; men selling strange fruits plied us with samples and delighted at our expressions after the first bite; women in the market dressed us in traditional clothing, giggling at our attempts to fasten our longyis (a sarong worn by both men and women); hands were always helping, and people walked with us and talked with us for no other reason than to have a quick chat or ask about our home countries. I felt safe, I felt welcomed, and I felt what every traveller strives to feel in a new place – I felt alive, bursting with curiosity and awe. 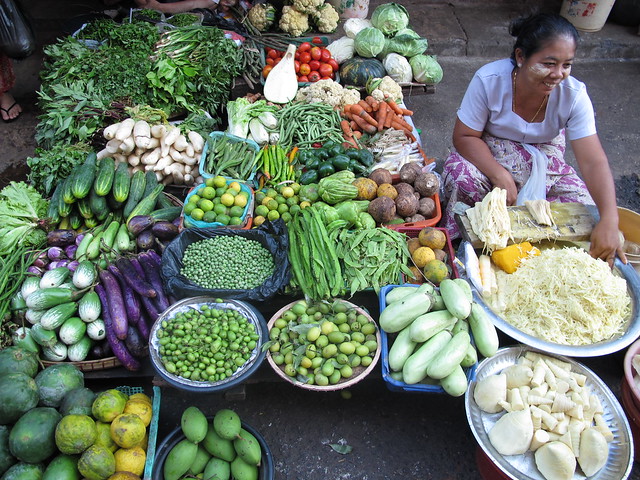 Rangoon is, of course, an incredibly interesting city, with much to keep any traveller happy for days. The gorgeous Schwedagon Paya glitters day and night in the heart of the city, and is sure to be the subject of many photographs. The streets, though often dirty and dusty, are filled with markets and outdoor restaurants. The fact that the country is bordered by India, Bangladesh, China, Laos, and Thailand means that it is an incredible mix of ethnicities, cultures, and foods; one is never bored wandering through the back alleys of this city, as around every corner is something different. 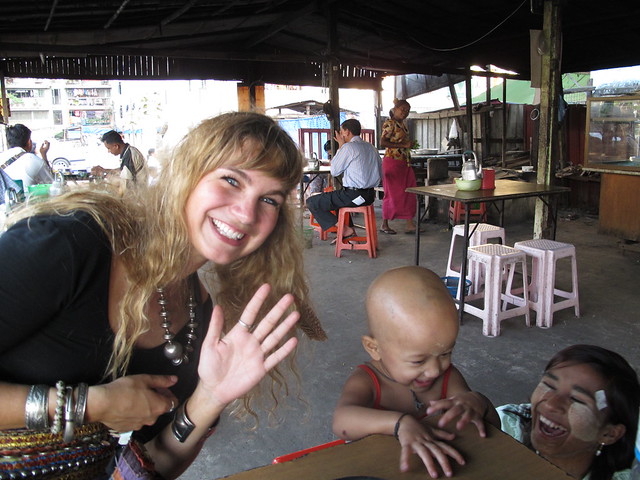 One story really stands out in my mind from my week in Rangoon, and I think it highlights the sincerity and warmth of the people: the story of the train. There was a small group of us, the self-proclaimed “Burmese Bicycle Gang” (from Serbia, France, and Canada), and one day we decided to take the loop train which rode around the city. Taking approximately three hours, we planned to do nothing but relax on the train, chat with whomever happened to sit beside us, and stare out the window at the passing scenery. It was a fantastic way to witness all sides of the city and its outlying areas, and we were indeed surrounded by people who wanted to talk and share food. My travel companion at the time, Kerri, was sitting with me in the doorway of the train to catch a breeze and have a better view; unexpectedly, and in a horrible moment of panic, her bag fell out of her lap and onto the platform just as the train was lurching away from the station. She jumped off the train faster than I had time to react; by the time I realised what had happened, the train was moving too quickly for me to safely disembark. I was in a bit of a frenzy – my friend was alone at an unknown train station in a foreign country, and I had her ticket.

Without really understanding what was happening, I noticed people waving handkerchiefs out the windows and heard a lot of yelling. Within about five minutes of Kerri’s jump, the train screeched to a halt in between two stations. I couldn’t believe what I was witnessing: the train was stopping to wait for her. A train full of hundreds of people all needing to get to work or to get home all patiently sat, waiting while Kerri ran to catch up with us. After a few minutes, she emerged from around the corner, and we all cheered; as soon as she got on board again, the train started up and people quickly went back to reading or napping or chatting. We were still in shock…did that actually happen? The rest of the afternoon was a beautiful blur of train tracks and scenery, but I will never forget the day the train stopped for us. It really cemented in my mind how selfless, caring, and kind the people of Burma really are. 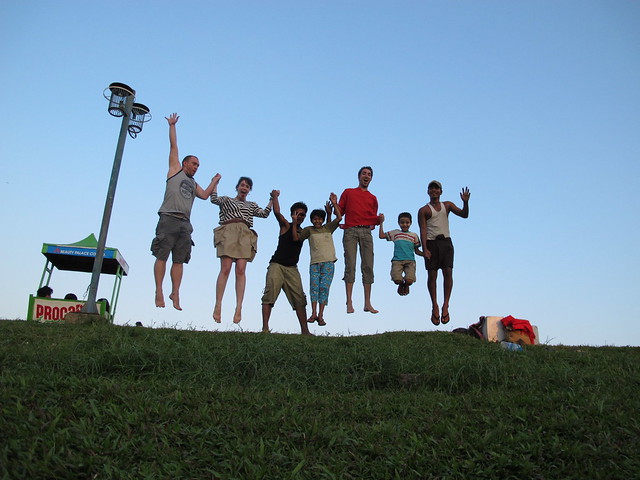 The easiest way to get there is to fly from Bangkok; AirAsia flies a few times a week.

If you’d like to contribute to this segment drop me a line here.