Today’s post comes to us from Alana, a twenty-something traveler trying to figure out life one place at a time…and writing about it at Paper Planes.  You can see more stories and photos by following her on Facebook and Twitter.

When I went to India I had absolutely no idea what I was getting myself into.  The entire trip was very spontaneous (I know how that sounds – a ‘spontaneous’ trip to India??) and not at all planned out.  I especially hadn’t planned for staying a couple days on the grounds of Darbar Harmandir Sahib, or the Golden Temple, in Amritsar.  In fact, I had never even heard of it. 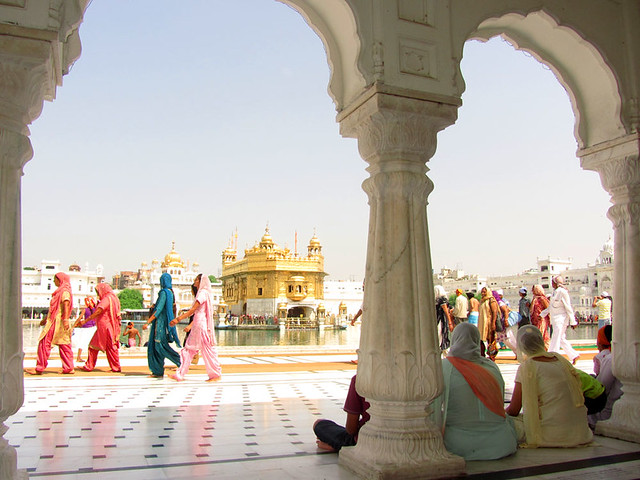 Located in the northern state of Punjab, the Golden Temple is the holiest temple in the Sikh religion and – like most of what I saw and I did in India – was unlike any other place I have ever been to.  Tens of thousands (tens of thousands!) of people visit the temple each day to pray, listen to hymns and scripture, and bathe in the sacred waters surrounding the temple.  Heads must be covered – men and women – and no shoes are allowed.

While the temple itself is stunning, the three things that struck me most about staying there were the meals, lodging and staring.

It amazed me that we were at a beautiful, important holy sight and yet instead of taking photos of the gleaming Golden Temple people were getting in line to get a picture with a girl with gold hair.  I was even handed a newborn baby to hold while the young parents snapped away.  Awkward.  I had been starting to get used to the staring, pointing and sneaky cell phone cam shots that followed me everywhere in India, but here it was taken to a whole other level. 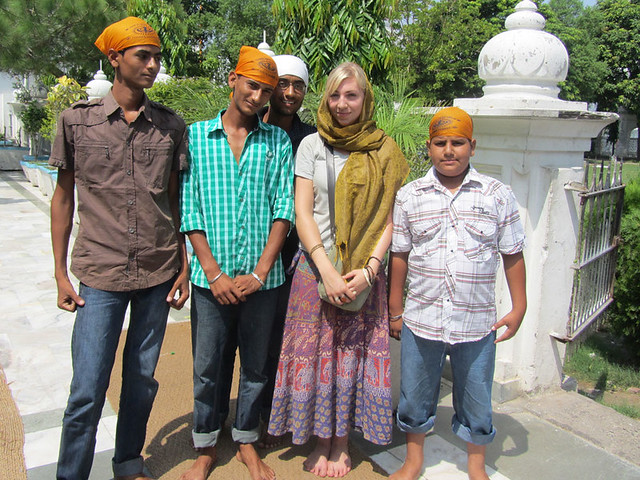 Free meals are provided continually throughout morning, noon and night as well as free hot chai 24/7.  When I arrived at the complex, the first thing I noticed was a loud, clanging racket that I couldn’t figure out.  Once I went to the dining hall for my first meal I realized the source of all the commotion… 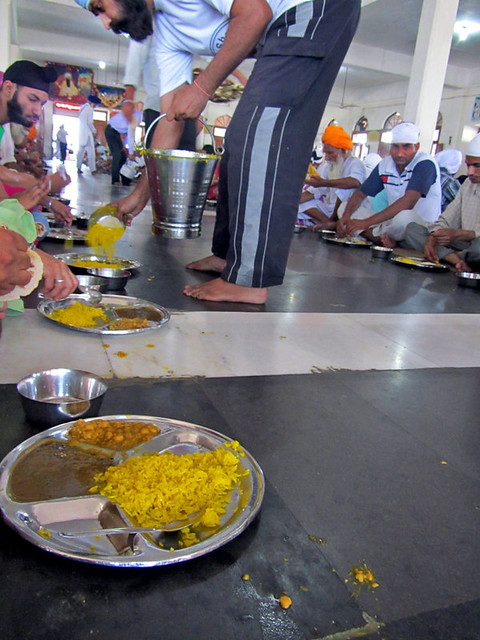 Hundreds of people are fed every 15 minutes or so.  You wait in a group until the hall doors open, then find a place on the floor with your tin plate, bowl and utensils.  Once the room is filled, several men start walking down the aisles with buckets of food – daal (lentils), rice, rice pudding and chana masala (curried chick peas) – and dump them onto your plate.  Others go around with baskets of chapatti and drop one or two pieces into your hands.  Once you’re finished eating, you pick up your plate and walk out to the cleaning station where at least a hundred people are volunteering to wash dishes.  Here was the noise: hundreds of tin plates, spoons and bowls being washed and stacked at the same time.  Constantly.  Since meals are continuous, so is the washing up and metallic clattering. 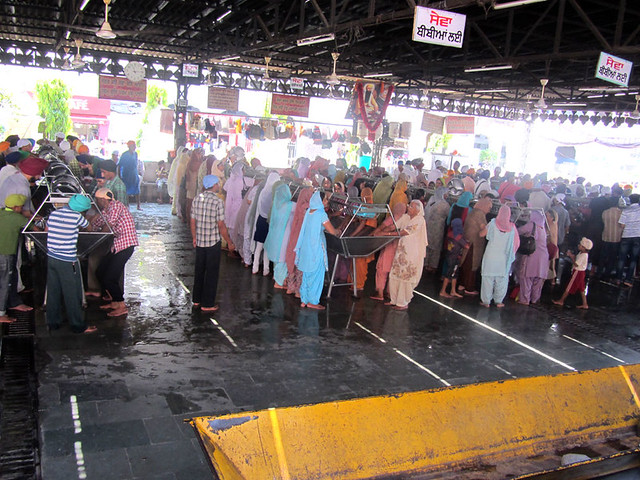 The temple complex also provides accommodation for pilgrims and tourists.  While there are hundreds of simple rooms available, people would end up sleeping under the stars in various courtyards practically on top of each other with a thin mat on the concrete.

Backpackers can find a hidden room off of one the many corridors that leads to a dim, dingy set of shared rooms where you sleep on cots lined up one right after each other and trust that the other travelers staying at the time will not steal anything.  Not for the fussy or squeamish – it is very close quarters and I woke up in the middle of the night feeling little bugs jumping on me – this space was (again) unlike anything I’d ever stayed in but, in a funny way, also stands out as one of my favorite places I’ve been.  While the outside is hot, loud, colorful and busy, as soon as you make it inside the door things cool down, it’s darker and quiet.  It felt like a secret hideaway where you found this very communal space shared by people all over the world. 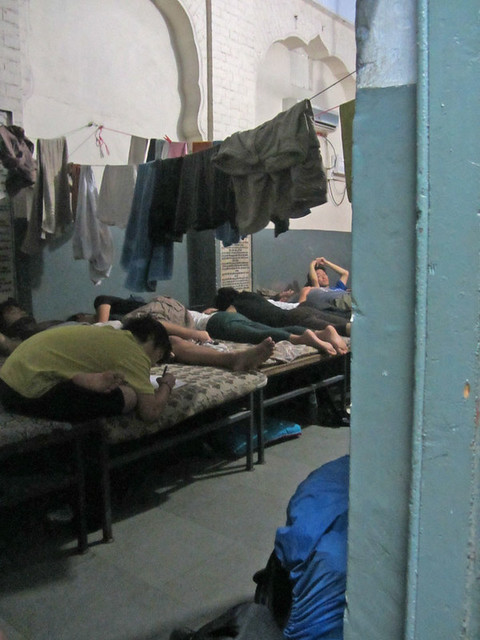 If you’re headed to Amritsar:

Have you been to Amritsar? Would you stay on the temple grounds?