Oh, the temples of Angkor! One of the highlights of travel in Cambodia. It may seem like an easy task to explore these ancient temples, but where does one even begin?!

Here are some of my tips for making the most of your visit: 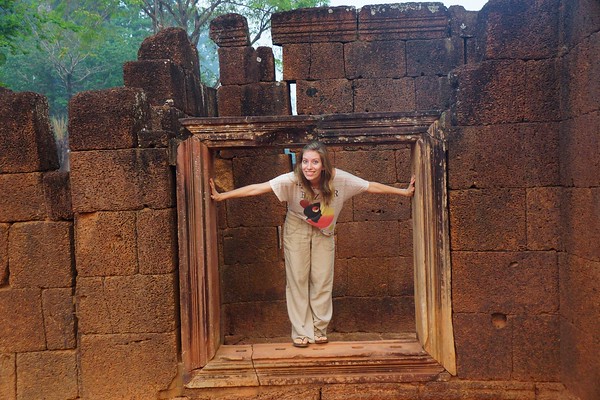 Take a tuk-tuk over a bike.

When we first got to Siem Reap and I saw people riding bikes en route to the temples, I too wanted to do the same. Sam who had been to the temples many times before (this was his fourth visit!) talked me out of it. “Audrey, you don’t realize how far they are. It looks small on a map, but the complex is massive…” (I thought he was just being lazy.) I eventually conceded and I am so glad I did. The boy was right…again. (This is becoming a recurring theme on our trip.)

I think a mistake that a lot of first time visitors (like me) make is to underestimate the distance from Siem Reap to the temples. I saw countless travellers trying to cycle back into town, looking completely exhausted and their faces burnt to a crisp.

Think of it this way: you’re going to have to bike about an hour to reach the nearest temples, then you’ll spend a few hours walking around the ruins and climbing up the towers, it will be very hot there with little to no shade, and once you’re completely knackered from the outing, you’ll still have to cycle your weary self back into town with the sun beating down on you. Sure, it’s doable, but you’ll be doing yourself a favour by hiring a tuk-tuk driver to take you around. 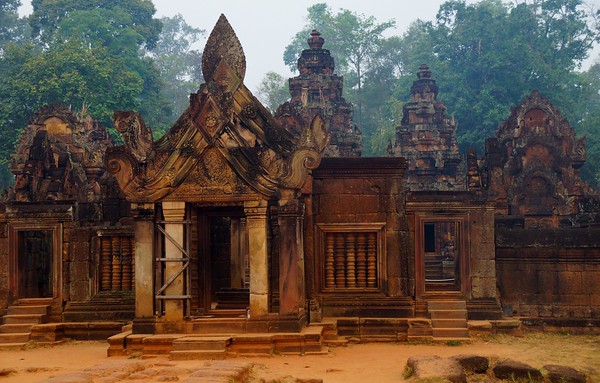 Hire a driver and ask their advice.

Hiring a driver for the duration of your visit is one of the best ways to get around the temples of Angkor. The drivers are skilled, knowledgeable, and know the complex like the back of their hand. Let your driver know what temples you are most interested in seeing, but also ask for their suggestions; you might just end up at a hidden gem.

Keep in mind that hiring a driver is not the same as hiring a tour guide. A driver will drop you off at the entrance and meet you at the opposite end, but you will be wandering around the ruins on your own.

Most drivers charge around $10 to drive you around the temples for the day. 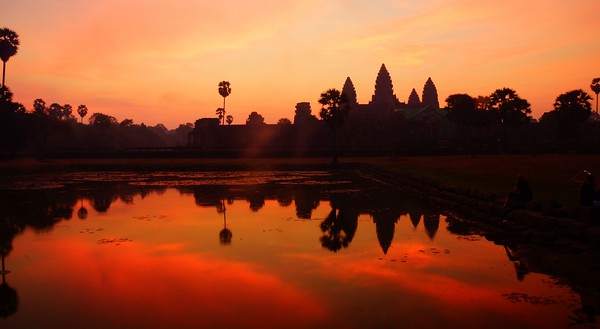 Get there at opening time.

There are two reasons for this: (1) the heat will be unbearable if you get there by mid-morning (it’s a scorcher by 9 am!), and (2) if you rise early enough you may just get one of the temples all to yourself, which makes the whole experience even more magical. (The second point does not apply to Angkor Wat since that’s the temple where everyone goes to watch the sunrise.) 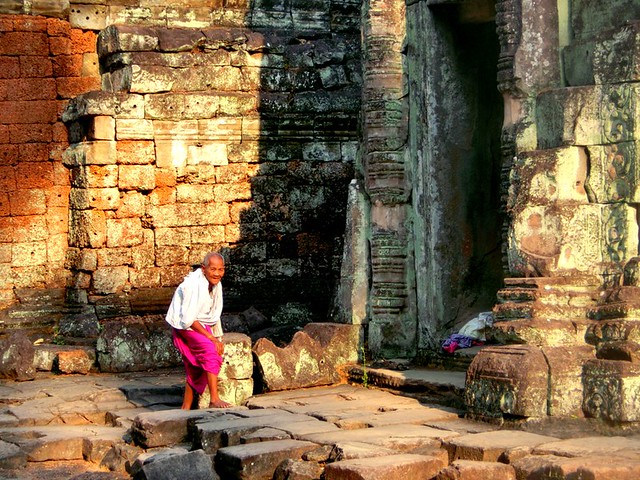 Dress modestly. This is a temple.

The temples of Angkor are both ruins and temples, so you need to dress modestly. I wore shorts on my first day not thinking anything of it, but when the tuk-tuk driver noticed I didn’t have long pants on, he shook his head and quickly drove me back to change.

You won’t necessarily be denied entry at the temples if you aren’t dressed modestly (I noticed plenty of visitors in booty shorts and string tank tops, no-no!), but do be mindful that this is an important religious site where people come to pray.

Choose a ticket that’s right for you.

I personally went with the 3 day option and that was plenty. Once you’ve made it to about four temples, they all start to blend in.

Bring water with you.

Lots of water! I visited during the hottest month of the year, which meant the feel temperature rose up to 47 celsius. Fo’ reals! I think my face says it all. 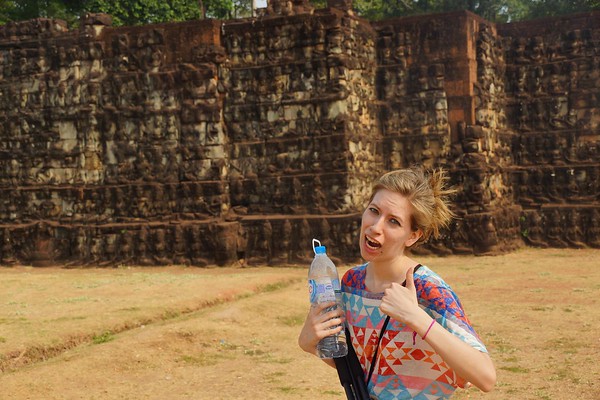 It’s difficult to choose one temple over another because every temple is unique in its own way, however, if your time is limited and you want to make it to the most famed temples, here are some of my picks:

Angkor Wat – The most famed temple of them all. Even if you don’t know Angkor Wat by name, you’ll likely recognize a photo of it. Most people choose to watch the sunrise at this temple, and because of it’s popularity you can expect crowds there any time of day.

Bayon – This temple is best known for the stone smiling faces which look out in all four directions.

Ta Prohm – This temple was used as the movie set of Tomb Raider with Angelina Jolie. You’ll recognize the twisted tree that sits over the ruins.

Preah Khan – Like Ta Prohm, this temples also remains vastly unrestored. Blocks of stone lie in piles, vegetation grows over the ruins, and you get the same feel you would in Ta Prohm minus the crowds.

Banteay Srei – This one stands out from the rest because it is made of red sandstone. The bas relief carvings are also more intricate than the ones you find at the other temples. Architecturally speaking, it is one of the most beautiful temples to visit.

Have you been to the temples of Angkor?
Do you have any tips?