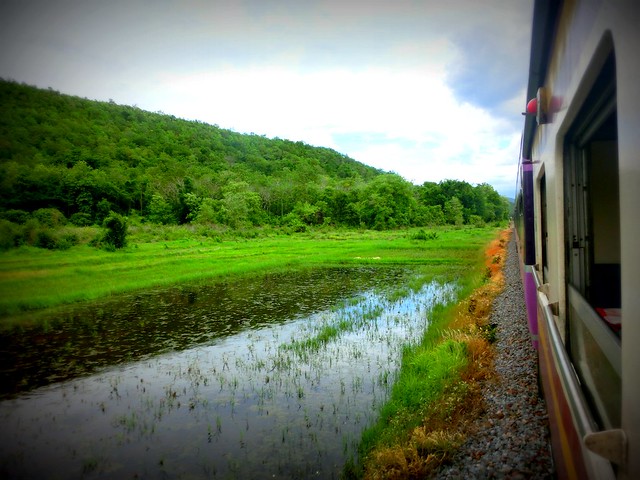 When Sam and I decided we would be attending the Digital Innovation Asia Conference in Bangkok, we both agreed that the best way to make our way there would be to take the overnight train from Chiang Mai to the capital. It’s a 14 hour long journey, which means you hop on the train right around dinner, enjoy some curry and a cheesy movie with subtitles in the dining car, and then return to your cabin just in time for bed.

It’s a smooth ride that rocks you to sleep, so when you pull into Bangkok at 6:30 in the morning, you are ready to take on the day. Which, by the way, is something that would never happen on an overnight bus thanks to the swerving, constant honking, and last-minute braking which wakes you from your slumber thinking you’re about to go over a cliff… 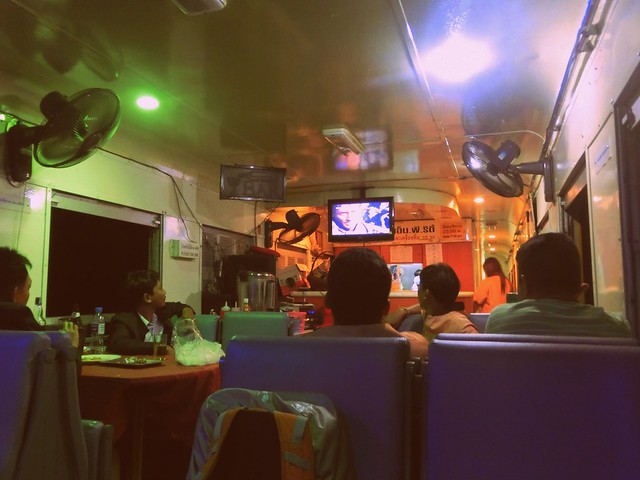 Three days before it was time to travel down to Bangkok we decided to buy our train tickets through one of the local travel agencies – sure, it was a little last minute, but with so many trains heading down there every day, how difficult could it be to get beds for two, right?

We walked into the office, a woman waved us over to her desk, and we explained what we needed.

She called (the train station, I presumed) on her cell phone and began speaking in Thai. We sat there nodding along to any questions directed our way, not really worried about the possibility that the train might be sold out.

When she addressed us again, her response was,

“No seats on the train.”

Sam and I looked at each other. No seats? How is that possible when on the way to Chiang Mai we had booked them just a few hours before the train departed? Something seemed a bit off, but I still believed her. Maybe this weekend was a bit busier…

We inquired about travelling at a different time, but she insisted that only non-AC seats were available and we would not like those. Now I’m sure that would have been true since I’ve already travelled on the back of a bus with no AC, but why wouldn’t you want to sell those tickets to two desperate customers?

We decided to inquire about the bus options instead, and after another phone call we were told,

Hmm, only one bus going from Chiang Mai to Bangkok. Now I haven’t been living in Thailand that long, but I know for sure that there is an endless stream of backpackers making their way from the capital to this little hippie enclave in the jungles of the north. I see the buses streaming into town every day, so the likelihood of there being ‘only one bus’ might have resulted in a scoffing look sent her way.

She didn’t seem all that surprised when we walked out of her office not having purchased a bus ticket. 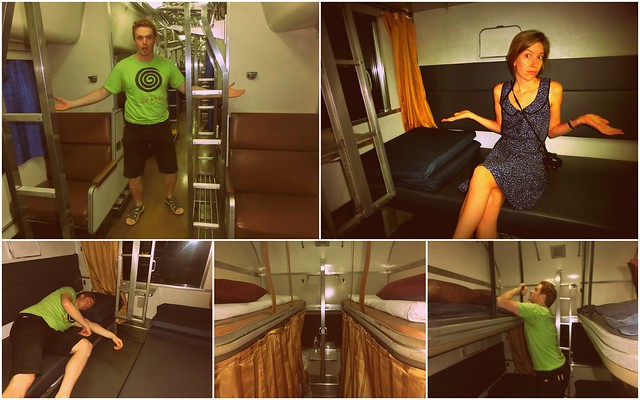 Fast forward three days (by which time we managed to secure tickets through an Indian restaurant!) and imagine our surprise when we hopped on board an empty train. Yes, the train was practically empty! Not only did we have our 4 person compartment all to ourselves, but we peeked and snooped as we walked through the different carriages and they were almost desolate. One passenger here, two on the other end, a staff member napping a bit further down.

It was like travelling aboard a ghost train, and we even have photo evidence!

I still don’t understand why they wouldn’t sell us tickets on a train that clearly had room for an extra few hundred passengers, but the lesson learned: next time someone tells you the train from Chiang Mai to Bangkok is fully booked, don’t be too quick to believe them. Find a different travel agency or go to the train station directly. There are likely plenty of seats available heading where you need to go.

Have you ever been tricked when booking transportation?