“Are we the first ones here?” I excitedly asked the guards checking tickets at the temple entrance.

“No,” he looked at me seriously, “you are second. We were first,” and with that he burst into jolly laughter with his fellow guards.

I half wasn’t expecting our tuk-tuk driver to show up at 5 in the morning after agreeing on the time the previous day, but he was there right on time as we rolled down the steps with droopy eyes.

We set off towards the temples with no street lamps to point the way, just streams of light from the odd motorcycle, but for the most part it was just us on a tuk-tuk surrounded by darkness; first riding through thick forests and then through misty fields where a strange haze hung over the land. 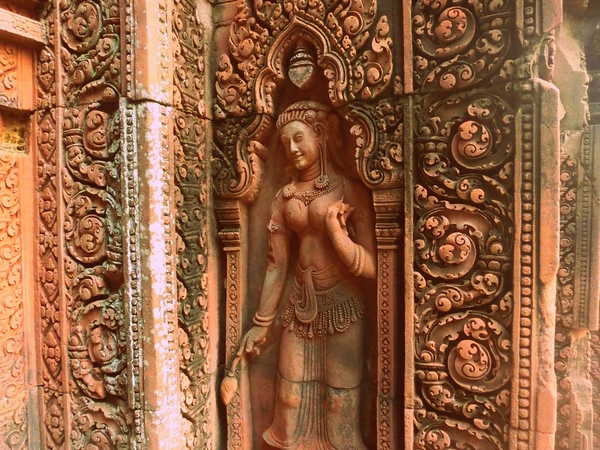 Banteay Srei was the furthest temple I visited during my stay in Siem Reap. Located 32 kilometres away from the city, the journey translated into a lengthy one hour ride via bouncy tuk-tuk, but it was definitely worth it as this turned out to be one of the most memorable temples of my three day temple hopping adventure across the land. 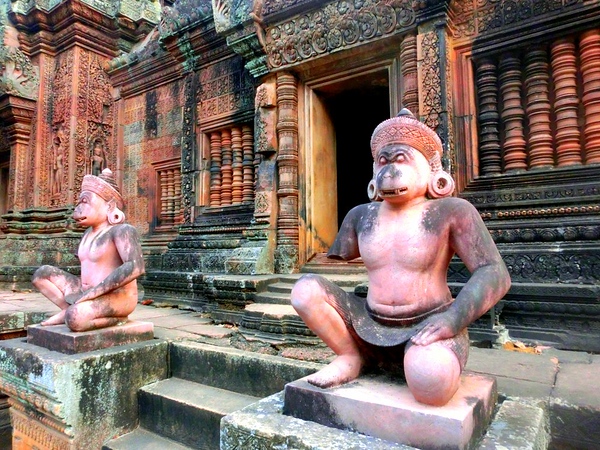 What makes this Hindu temple stand out among the rest is that it was constructed using mostly red sandstone, and because this stone lends itself very well to carving, Banteay Srei was embellished with far more detailed carvings and sculptures than say Angkor Wat or Bayon. 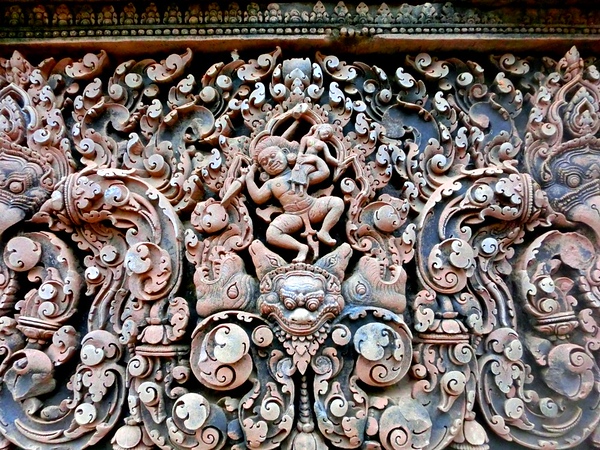 Every inch of the doorways and walls are adorned with leaf motifs and female deities known as devatas.

Another interesting little fact about Banteay Srei is that this temple was not commissioned by a king, rather by a Brahman who was a tutor to the royal family, which goes to show just how much power he held. 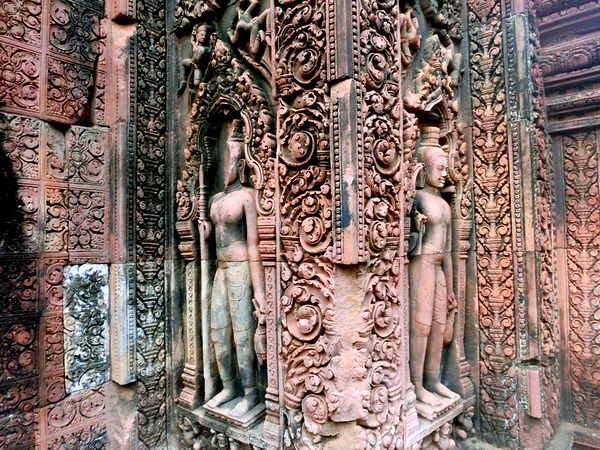 While many of the temples of Angkor can begin to blend together after you’ve spent three days going from one set of ruins to the next, this is one of the temples that I remember most vividly; in part because of its truly impressive architecture, but also because I had the whole place to myself which is very rare when you are visiting a popular Angkorian temple. 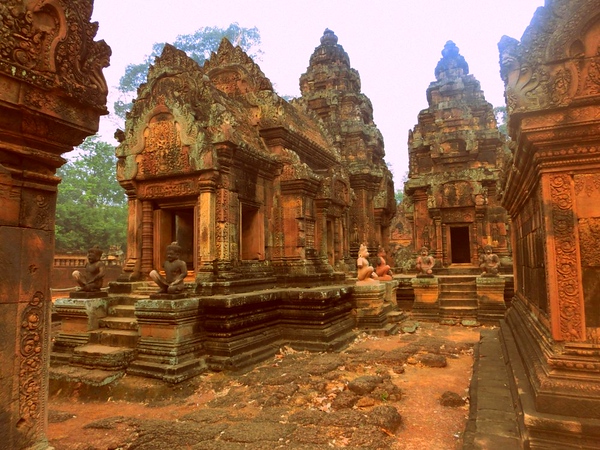 There are countless temples to visit when you come to Siem Reap, but if you are looking for something that’s a little more unique, then I highly recommend Banteay Srei – and who knows, if you rise early enough, you may just have it to yourself like I did. 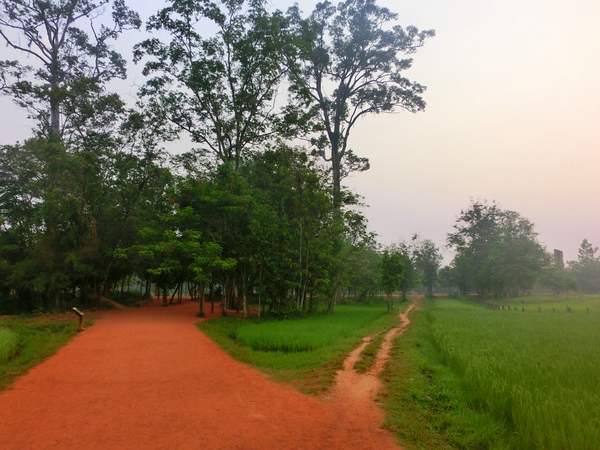 For more info on things to do and see around Siem Reap, you can check out my Cambodia travel itinerary.

Have you been to Banteay Srei?

Do you have a favorite Angkorian temple?