Today’s article comes from Ashley Abroad who has been working as an au pair and studying French in Paris for the past year. Here she shares how she went about making new friends in a foreign country. You can keep up with her adventures on Facebook and Twitter.

Moving to a new city without knowing a soul is daunting. When I first came to Paris, I was terrified; why had I left my comfortable life in Chicago to be stranded out in the Paris suburbs, doomed to wander the city streets alone? But soon enough, through not-so-typical means, I created a lively and fulfilling social life with friends across the city.

Here are some of my tips for making friends when you move abroad. 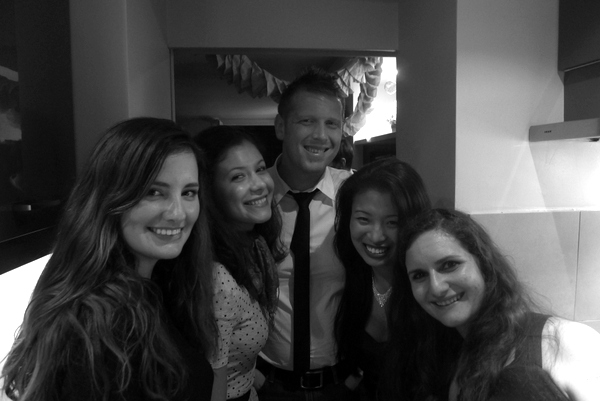 A blogger meet up with Danielle, Edna and her fiancé and Emily

I consider my blog to be my number-one networking tool- it’s a great way to meet like-minded people who share the same interests. And when other bloggers are in town they often email me to grab coffee or lunch- blogging really does keep life interesting!

But even if you don’t have a blog, reach out to bloggers you follow via Twitter and meet them for coffee. Twitter is also a great medium for reaching out because it keeps things casual and quick. And keep your eye open for any Tweet-ups, or a real-life meeting organized on Twitter.

Facebook groups are a fantastic way to meet other people in your area. When I moved to Paris I joined several Paris au pair groups and posted a message in the group along like likes of, “Who lives in [my town]? I just moved here and want to meet some other au pairs.” Through this method I met some of my dearest friends and all I had to do was arrange a few coffee dates. 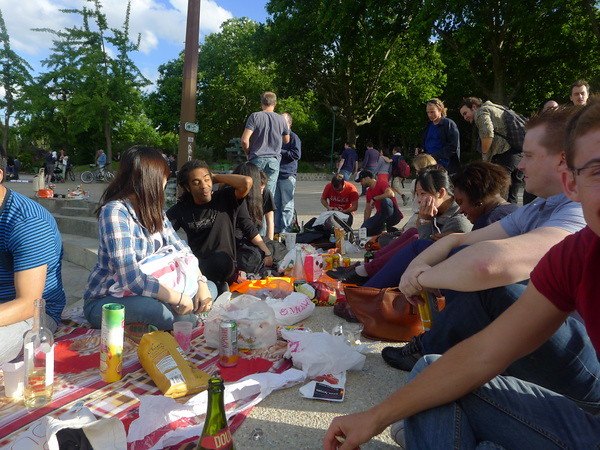 Couchsurfing is not only useful for finding a place to stay while traveling but also a smart method for finding friends in your new city. Couchsurfers put together lots of events, everything from picnics to salsa dancing to cinema clubs. In my experience, I’ve met both locals and other travelers at Couchsurfing events. 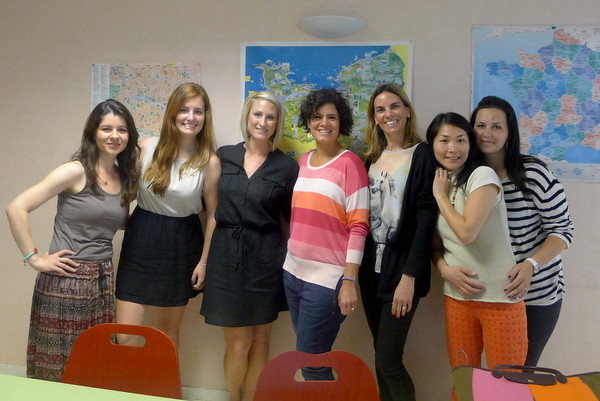 A language school can be a fantastic way to meet other foreigners trying to learn the local language. While personally the students at my language school were all 40+ mothers and wives, and therefore not exactly the type of friends I’d bar-hop with, they were a lovely group of ladies and it was a joy coming to class everyday. And plus my classmates hailed from all over the globe, and who knows when I might need a contact in Brazil or Japan?

If you’re looking to learn a language, I would highly recommend language exchanges. While forming relationships with online language buddies on sites like Totalingua and Conversation Exchange is great, my favorite method is through in-person events like Franglish. Franglish is kind of like linguistic speed-dating; you sit at a table for fifteen minutes with a native French speaker and speak English for the first half of the session and then French for the second. Franglish is helpful not only for some much-needed conversation practice but also for making local friends.

A tried-and-true method for making friends is to use the connections you already have. Before moving abroad, post a status on Facebook and Twitter nothing that you’re moving and that would love an introduction to any contacts your social media buddies might have. Another good idea is to send out a mass email to your friends and family letting them know you will be moving soon and would appreciate an introduction any contacts that they have.

If I’m soon to be visiting a new city, I’ll send a Facebook message to a friend who I know has spent a lot of time there, along the likes of, “Hey [person’s name]! I wanted to drop you a line because I’m heading to Hong Kong at the end of August and I remember that you studied there. Do you have any recommendations for the best food/nightlife/etc.? (Especially dim sum!) Thanks in advance and I’ll be in Chicago in August- it would be great to see you if you’re in town as well!”

And don’t forget the golden rule- Once you start to establish a network, friends will lead to more friends. So always be open to meeting new people. 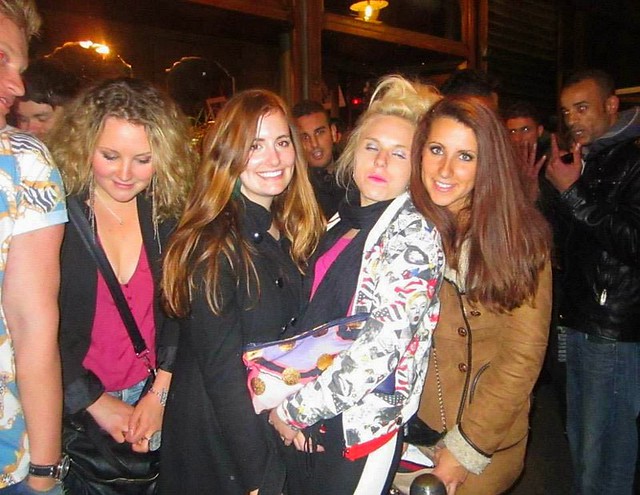 I’ve met so many people through chance encounters in Paris. I met a French girl in a McDonald’s bathroom at two in the morning who I later met up with for coffee. I met two of my best friends in Paris on the commuter train because I started talking to them when I heard them speaking English. I met three gospel-singing women when waiting for a taxi and they then invited me to their church to hear them sing. When looking to make friends, be open, be friendly, give random compliments and talk to as many people as possible.

What are some of the ways you have made friends when living abroad?