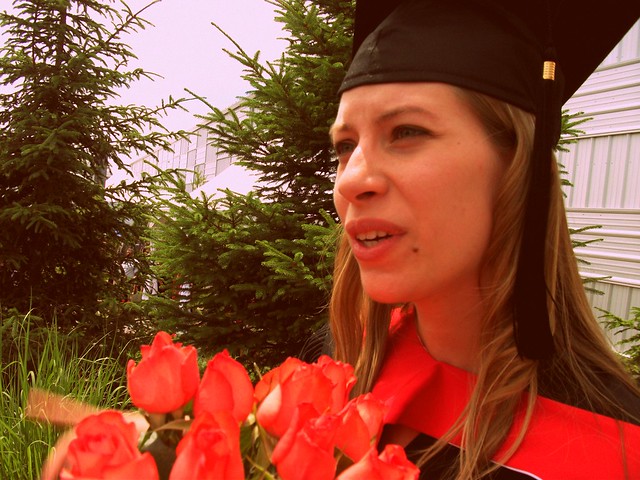 I don’t know about you, but my year after university sucked.

While all my classmates had these grandiose plans – offers to join finance firms, teaching positions in Europe, and admission placements in graduate school – I was clueless.

The truth is I never felt a strong sense of direction during my four years in university. It seemed that everyone around me knew they wanted to go into medicine and cure diseases, pursue law and fight for the rights of the helpless, or chase after their PhD in order to become university professors. Meanwhile all I heard in my future were crickets.

My undergraduate schedule included classes like Islamic architecture, German literature, contemporary Latin American studies, abstract drawing, the Religious Reformation, and whatever other random class piqued my interest. Sure, I completed the requirements for natural and social sciences, but aside from that, there was no clear underlying thread.

So what did I do after I graduated?

At least nothing that meant something to me.

I wish I had taken a chance on my dreams sooner.

I knew I wanted to live abroad ever since my first year of university when I first came across a poster advertising TESL/TESOL certification classes.

That was the magic ticket to find a job overseas and experience life abroad – Europe, Asia, the Middle East, wherever!

However, even though the idea had been brewing in my head for years, I wouldn’t act on it until 10 months after graduation when I was completely miserable.

The thing about graduating university is that sometimes it can really mess with your head. You see your fellow classmates doing what is deemed successful, you see them applying to graduate programs, and then you start thinking ‘hey, maybe I should be doing that too.’

So that’s what I did. I decided I would have a year off and that the following September I would go to graduate school because that’s what others were doing.

And so I got into school…in England.

You know what happened next?

Even after I had written my letter of intent explaining what I hoped to accomplish during my graduate studies, even after I had gained admissions to a competitive program, and even after I had my student visa already stamped in my passport (a pricey $500 commitment!), I still kept browsing for teaching jobs overseas!

Now that should have been the first red flag showing that my heart wasn’t really in grad school.

While I was supposed to be apartment hunting for my future ‘student flat’ online, I would often catch myself looking at teaching placements in Spain, the Czech Republic, or Argentina…

My coworkers would ask me, ‘So are you excited to be heading off to England soon?’ and I would respond with, ‘Yeah, I guess…’

This was usually followed by a quizzical look of ‘what’s-wrong-with-you-girl-how-are-you-not-more-excited-to-be-moving-to-England?’ and then I would try to salvage the conversation with something like ‘oh, the excitement hasn’t hit me yet, that’s all.’

But when was the excitement going to hit me?

Three weeks before I was supposed to be flying out to England, I decided I couldn’t do it.

The breaking point came when my dad asked me how the apartment hunt was going and I stormed off in a fit of tears. It was a simple question, yet inside of me that’s when I knew I wasn’t going.

I had been silencing my desire to experience life overseas through teaching for far too long, and I couldn’t pretend any longer. So the same day I decided I wasn’t going to grad school, I began applying to teaching jobs – EVERYWHERE.

I ended up in Korea.

Resumes and cover letters flew off to far flung places across the map. Skype interviews were held at 11pm at night with schools in Thailand and Japan, but in the end, Korea was meant to be.

Some of you might be thinking, ‘Geez lady, what a stupid move. You turned down grad school in the UK to go teach kids English? Way to climb up the corporate ladder’ but the thing is my heart just wasn’t in it. I had spent months trying to feel pumped, and at times I thought I was ready to commit to further schooling, yet in the back of my mind there was a little seed of doubt that I couldn’t ignore.

I’m not saying it was easy.

The months following that decision were pretty brutal and I often wondered if I had made the right choice. It would take another 6 months until the right job overseas came along, my work visa was finally approved, and I hopped on that flight bound for Seoul. But in the end, it was worth it. Even on my first day in the country when I was staying in a dodgy love motel while I waited for my apartment to be ready to move in, it felt like the right place at the right time, and I was able to breathe a sigh of relief.

A year and a half after graduation from university I finally felt like I was on the right track.

I am not saying I will never go to graduate school.

I would love to go to graduate school! I have always been very academic and I enjoy attending lectures, researching topics, and preparing for presentations. I would very much enjoy going to school in the future, but until I figure out what it is I want to do, I will keep writing, travelling, and perhaps even teach again.

My advice to recent graduates?

Don’t get yourselves into something you’re not quite ready for just because that’s what everyone else around you is doing. If your dream is to attend grad school then by all means go, but don’t lock yourself into thinking that there is only one path.

Your post-university year is a time to explore.

Sure, you’ve got yourself a nice little piece of paper in a fancy mahogany frame, but how about going out there and trying something you’ve always wanted to do. What have you been dreaming about on those boring winter mornings when the professor just keeps going on and on in the lecture hall.

Are you thinking about backpacking Eastern Europe?

Are you thinking about joining the Peace Corps?

Are you thinking about volunteering at a wildlife rehabilitation center in Costa Rica?

What is it you want to do? And then give yourself a year to do it.

You really have nothing to lose, and in the end, you might just find the direction you are looking for.