This is a city that is known for its great food joints and it seems that wherever I turned there were Michelin stars, TripAdvisor reviews, and posters with Anthony Bourdain’s personal recommendations staring at me in the face. So where was a hungry girl to start?

That’s where the Hong Kong Foodie Tasting Tours came into play. They promised to show me around Central and Sheung Wan (Hong Kong’s financial district) while uncovering some of the best family-run restaurants and eateries along the way. Little did I know that I would be setting out on a four hour long eating adventure that would have me discovering local foods and learning about Hong Kong through the culinary arts.

Could there be a better combination?

So without further ado, let me introduce you to some of the foods I got to sample:

Our first stop of the day was at a little underground restaurant that strictly specializes in noodles. Our table of four was brought steaming bowls of noodle soup with generous-sized pork wontons. The broth was very flavourful, but a little spoonful of vinegar along with a scoop of hot sauce pushed it up a notch. This dish was the perfect way to kick off the tour on a rainy day, plus the cozy setting gave the participants a chance to get to know each other a little better. 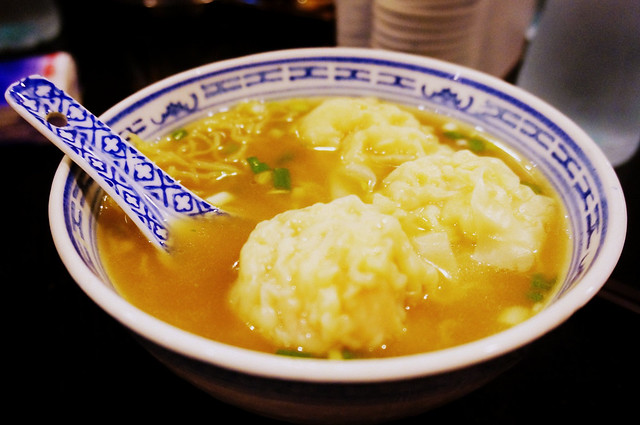 The second stop along the way was at a small local shop that specialized in roasted meats. Ducks, geese, chickens, and even a pig hung from the windows while inside the shop keeper and his friends were in the middle of a game of cards.

It was the kind of place that you could easily miss at first glance (yes, in spite of the meat dangling from the window), but once I had a taste of their barbecue pork rice, I knew why this was a stop on the itinerary. The pork had been roasted to perfection and it was covered in a sweet, honey-like glaze. Our guide Silvana told us that apparently some locals complain if the pork doesn’t have enough fat, but I was more than happy with my lean cuts of meat. 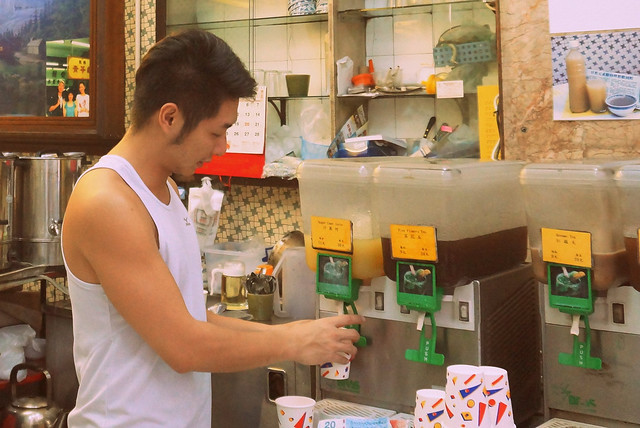 All the sugar cane juice I have tried in the past has been freshly pressed, however, during this tour I got to try something that was a little bit different. We visited a family run shop that presses its own juice, however, they boil their sugar cane before pressing it. It sounds like such a small step, but the result was a sweet yet refined flavour that was incredibly refreshing.

One of the most interesting stops along our food tasting tour was a tea shop where we had the opportunity to learn about different types of tea. Here we met Ivan, a man who spent four years studying all there is to know about teas! That’s commitment.

All I can say is that I now view tea making as both an art and a science; there are so many considerations to make before you pour a cup – water temperature (lower for green teas, higher for black teas), how long you let it sit, the way you hold the cup.

I was first introduced to dim sum when I started travelling through Melaka, Malaysia. As you may already know, Sam used to wake me up before the sun had even risen and drag me out of bed in order to get the freshest dim sum possible. Keep in mind most Chinese tea houses in Malaysia open their doors at five in the morning…

Coming to Hong Kong, it was interesting to see the difference in the way dim sum is served. While in Malaysia most Chinese tea houses come around with push-carts filled with steaming baskets of dumplings, in Hong Kong the process was a bit more efficient. Because space is very limited here, restaurants cannot afford to push a cart from table to table; instead we were given a slip of paper to check off items from the menu. 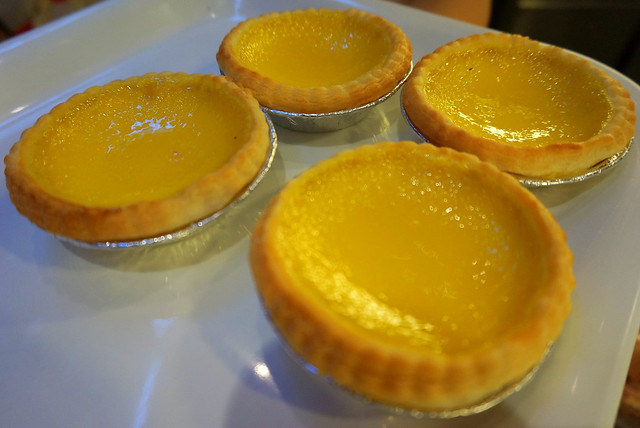 I can’t say my taste buds were able to detect the difference between the egg tarts I ate in Hong Kong and those I had in Macau, but regardless, they were both delicious. And even if egg tarts are not your thing, there were still plenty of other treats to choose from! 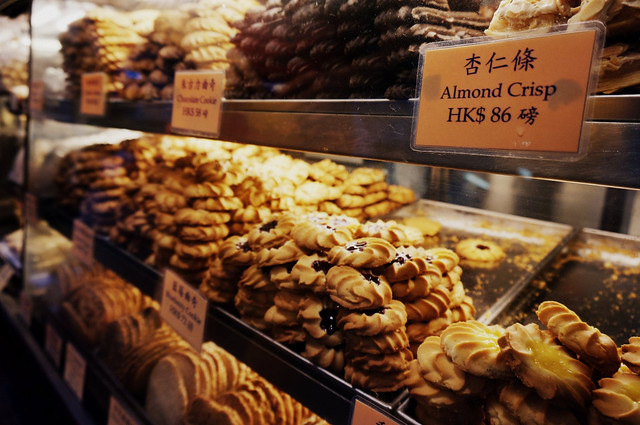 I loved the tour! Yes, I enjoyed eating my way around Hong Kong, but this turned out to be so much more than just a food tour. Our guide Silvana was extremely knowledgeable about her hometown and this turned out to be a lesson in Hong Kong’s history, architecture, and culinary arts. I enjoyed the little snippets of information we got at every restaurant, street corner, and attraction along the way – it really helped paint a better picture of the city.

A big thank you to the Hong Kong Foodie Tasting Tours for showing us the best eats in their city, and to our very fun guide Silvana who taught us all about the local cuisine while pointing out great spots to try out!