Continuing with the theme of eating the best foods around Hong Kong, yesterday afternoon, Sam and I decided to go have afternoon tea at The Peninsula.

The Peninsula is one of the oldest hotels in all of Hong Kong and when it first opened its doors in 1928, it was referred to as the ‘finest hotel east of the Suez’. Setting foot in The Peninsula was like walking into a different world; the hotel’s entrance was lined with Ferraris and Rolls Royces, while inside shops like Prada, Hermès, and Cartier showed off their latest collections in their sparkling window displays. 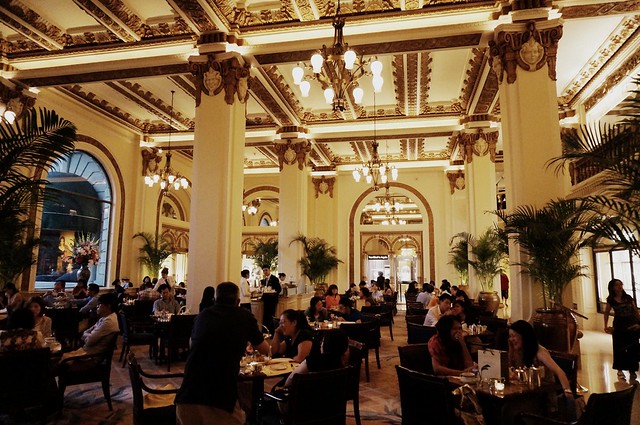 A live band was playing classical music in the gold and creme coloured lobby, and between the glittering chandeliers and the lush palms it was very much a magical setting.

However, before I tell you all about the magic, let me begin by saying that the wait to get in to The Peninsula for afternoon tea is very, very long.

Tea is served from 2:00 to 6:00pm, and while Sam and I both knew we needed to arrive early, 2:10 proved to be a little too late. By the time we walked into the hotel, the line was already wrapping itself down the hall and around the corridor. We were told that the wait would be about 1 hour, and we decided that since we were already dressed up and had come all the way out here, we would queue with the other guests…

Well, it took 2 hours to get a table.

I know, I know! I have never stood in line for food that long, and I wouldn’t under normal circumstances (I almost find that a little offensive), however, after standing in line for 1 hour I just didn’t want to give up my place even though Sam was ready to walk out. I felt like I had waited too long, plus I could almost taste the scones!

It could have been because it was the weekend and because it was late summer, but regardless, if you decide to go have tea at The Peninsula, be sure to arrive 30 minutes to 1 hour before tea time starts! Or just arrive really late since by 5:30 the line had already died down.

But moving on to the tea! 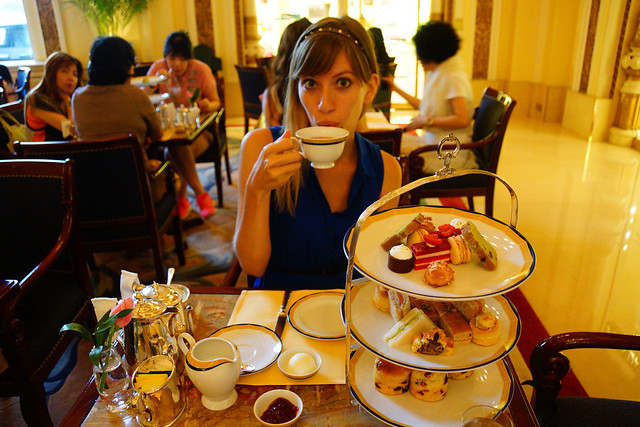 Since this kind of outing isn’t something we do very often, Sam and I decided to splurge a little by ordering the Afternoon Tea for Two (pictured above).

It was absolutely decadent! 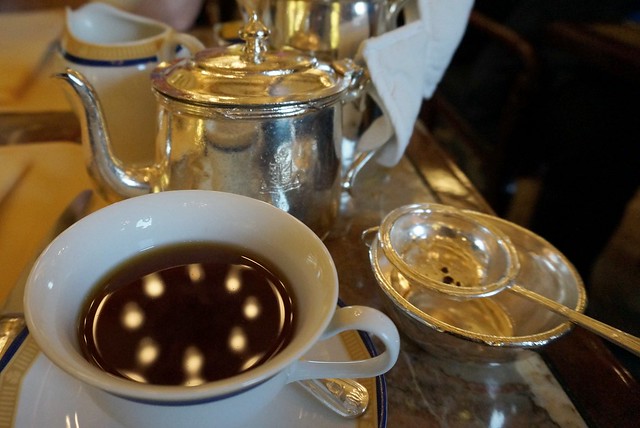 I chose a cup of mango tea while the boy opted for a vanilla milkshake – I had a sip of his and it transported me back to a 1950s diner – it was  that good. 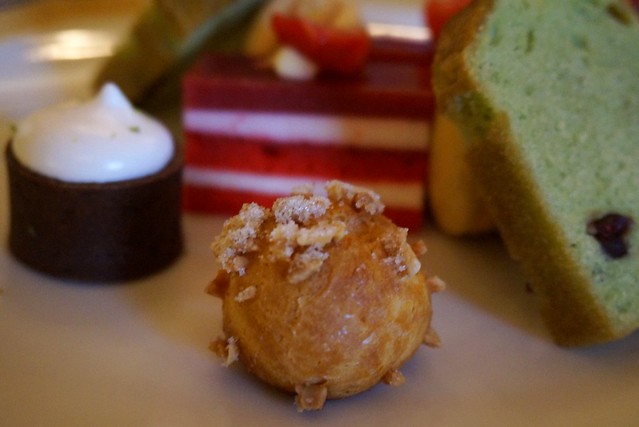 Our 3 tier cake plate soon arrived and it was filled with some delicious bite-sized treats. 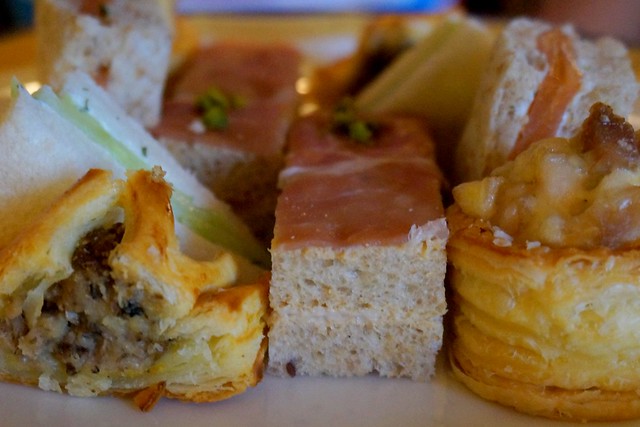 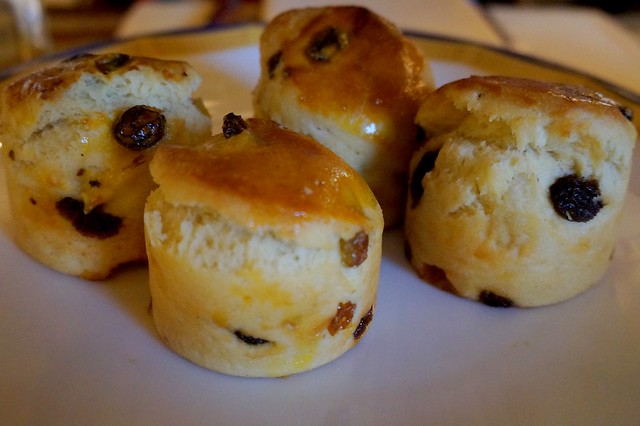 And afternoon tea would not have been complete without a third plate filled with scones!

Warm scones with clotted cream and jam are a little indulgence of mine whenever I travel to England (as in I eat them for breakfast, lunch, and dinner, and can hardly control myself!), so it was a nice little treat to have these all the way out in Hong Kong. 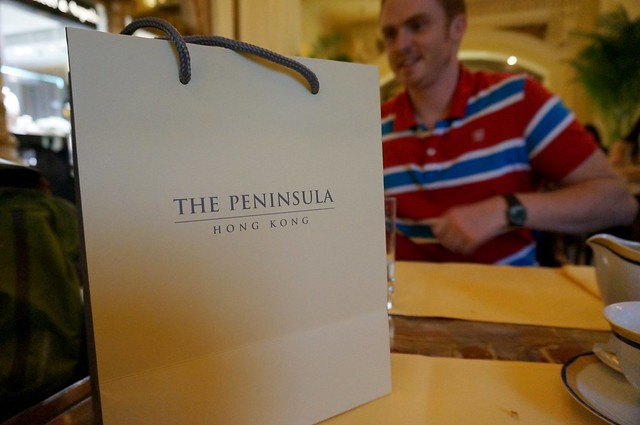 In the end it only took us 30 minutes to enjoy our afternoon tea; a little ironic after standing in line for two hours, but that’s what happens when you put good food in front of us. We devour it.

So would I recommend it?

While having afternoon tea at The Peninsula was a fun Saturday date, I don’t think it’s reasonable to expect people to stand in line for two hours. At least have some seating for those waiting in line and maybe hand out a glass of water and some small hors d’oeuvres every once in a while…

Keep in mind that The Peninsula isn’t the only option. There are many hotels in Hong Kong that serve afternoon tea, and while I can’t guarantee that the wait times will be any shorter, it might just be worth seeking out some of these spots.

No reservations are accepted.

Have you ever gone out for afternoon tea? Tell me about it.