Every night thousands of people gather along Victoria Harbour to watch the hottest show in all of Hong Kong – The Symphony of Lights.

This dazzling laser and light show has earned itself several titles, including “the world’s largest permanent light and sound show” according to Guinness World Records. The spectacle involves 44 buildings which light up the Hong Kong skyline every evening when the clock strikes 8:00 pm. And the best part: it’s absolutely free!

While we were in Hong Kong, Sam and I decided to hit up the show twice! Once aboard a junk boat and the second time from the waterfront on Kowloon; I have to say I really enjoyed both!

An Evening Junk Cruise of the Harbour

My first experience watching the Symphony of Lights was during an evening tour of Victoria Harbour aboard a junk. 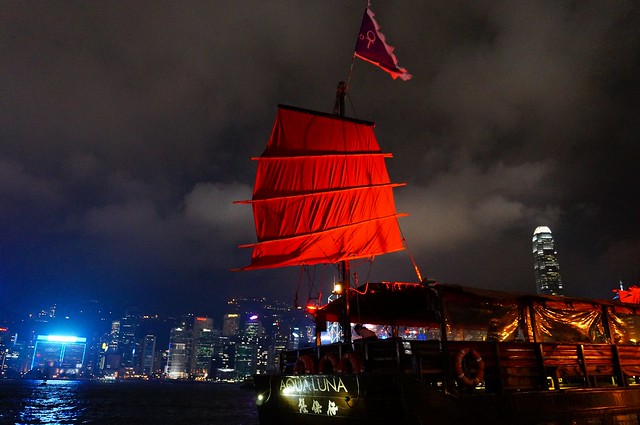 A junk is an ancient sailing vessel of Chinese origin, and a few ships in this style can still be seen in the harbour today. A typical cruise will take you out for about an hour where you’ll be able to enjoy the scenic views with a drink in hand.

Sam and I took an evening cruise with Aqua Luna, and we loved every minute of it. 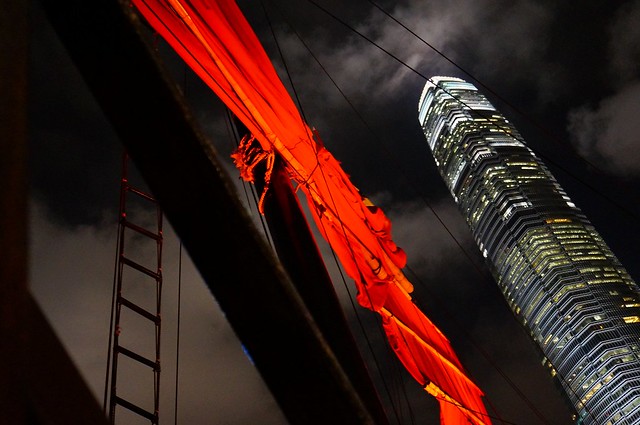 The ship picked up passengers from Tsim Sha Tshui at 7:30 pm, and then came over to the Central Pier at 7:45 pm. The junk already had several passengers aboard by the time we got on at the second pick-up point, but we still managed to get seats with a great view.

We opted to sit outside so that we could really enjoy the lights, but they also had seating in the covered upper deck where you could lounge on cozy couches with pillows while you sipped on your cocktail.

A beverage was included with the tour, so I went for a glass of white wine – not a bad way to end the evening after a long day of sightseeing around Hong Kong.

Viewing the light show from Avenue of Stars 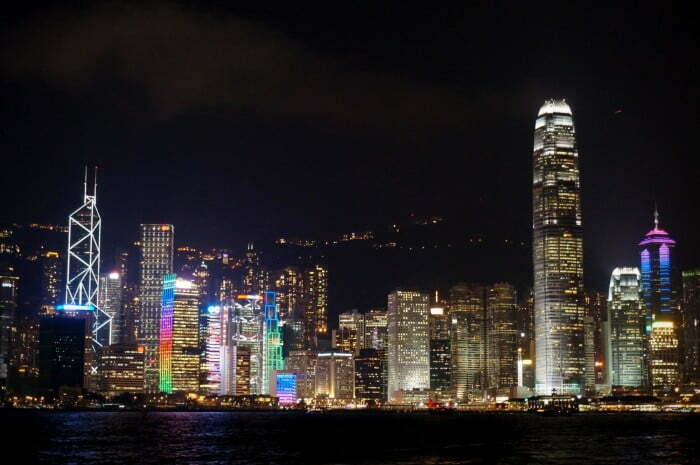 The best view from the mainland, in my opinion, is from the Avenue of Stars on the Tsim Sha Tsui waterfront. Hong Kong Island has the superior skyline, so if you’re wondering what side to enjoy it from, it’s best to be on the Kowloon side of the harbour. 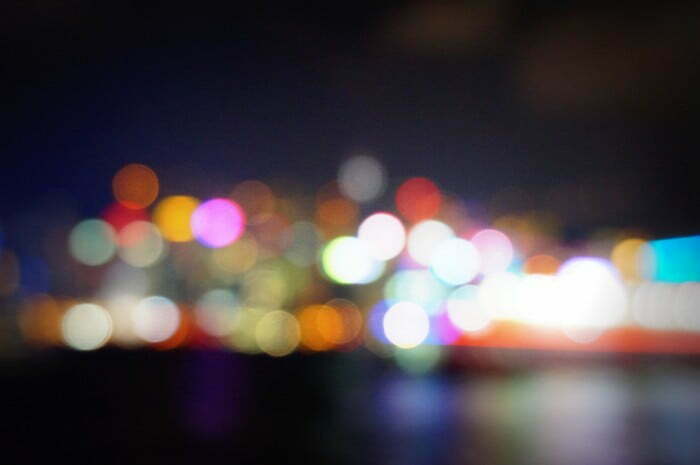 It was fun to arrive at the Avenue of Stars early because the place was buzzing with activity in anticipation of the light show. People were posing with the famous Bruce Lee statue, trying to match the palms of their hands on the concrete engravings of their favourite movie stars, and there were also a few different garage bands playing for a growing crowd. 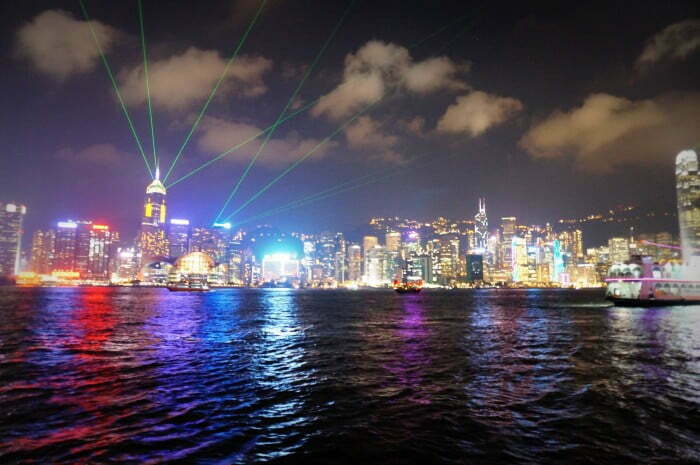 There were oohs and ahhs as the light show began and green lazers shot into the sky, and of course, many photos were snapped using phones and iPads.

I am now convinced that Hong Kong has the best skyline!

Which would you prefer? From the waterfront or aboard the junk?