Some of the places I have most enjoyed visiting over the past few months have been the remote little hill towns which can only be reached by taking a minivan through a series of snake-like roads that take you round and round as you slowly ascend up the mountains. I’m not staying I enjoy getting there – that’s the part where I close my eyes, hold on to the front seat, and pray while the bus driver plays chicken with other vehicles, seemingly oblivious to the cliff on the lefthand side – however, once that is over and I am back on solid ground, these destinations are exactly my kind of place.

Like with many of the hillside towns I had previously visited (the Cameron Highlands and Sapa come to mind), getting to Longji wasn’t easy. Overturned trucks could sporadically be spotted on the side of the road and there were a few occasions where we nearly ran a pedestrian or two over. However, in spite of this, our tour guide insisted that we had nothing to worry about, “Your driver is master – 25 years driving experience!” Sure he is…

Well, we did make it to Longji in the end albeit I don’t have the photos of sweeping rice terraces to prove it. You see, by the time we finished visiting the Huangluo Yao Village (which is home to the women with the longest hair in the world!) it was high noon and the sun was scorching! Sam and I made it about halfway up the ‘dragon’s back’ (aka Longji) before we admitted defeat and settled for exploring the town which was at the halfway mark.

So today instead of rice fields, you get to see the little town of Ping’An. 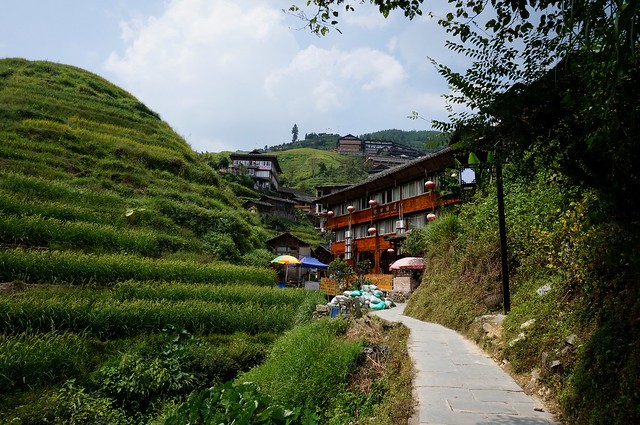 Approaching the town of Ping’An on foot. 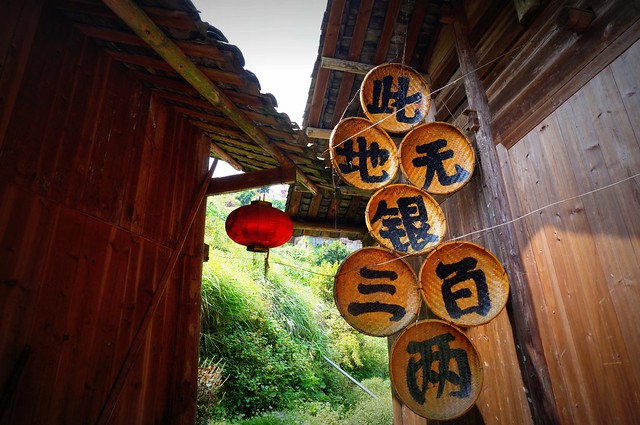 I wish I could read this and tell you what it says. 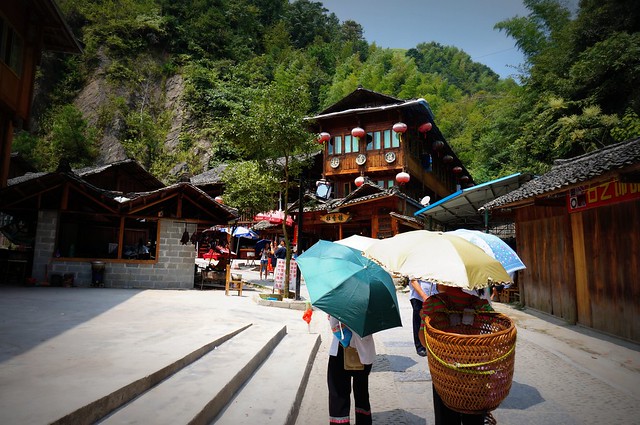 All the locals had umbrellas to shield themselves from the sun on this hot day. 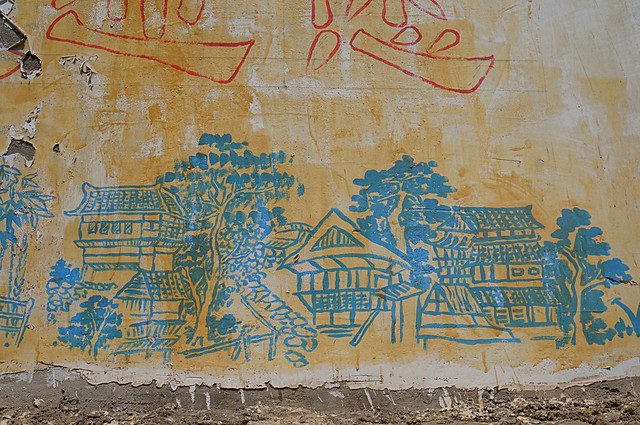 A mural painting of Ping’An. 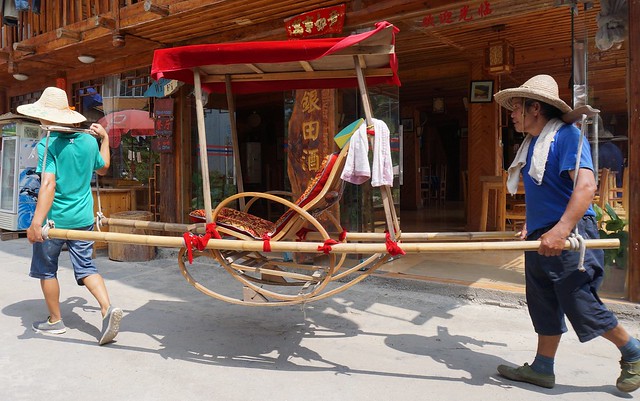 A few foreigner chose to be carried up the mountain by these strong men. 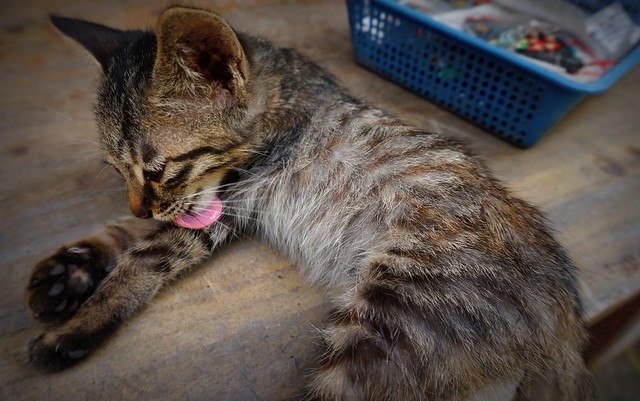 We met a little kitten who was washing himself while his little sibling slept nearby. 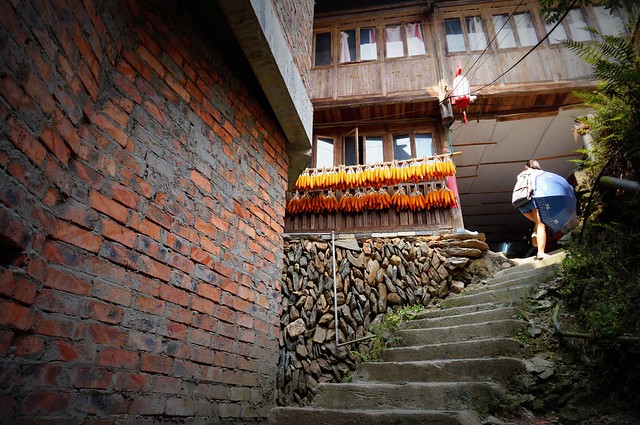 The town is a maze of winding staircases (oh, and there was some maize drying in the sun too!) 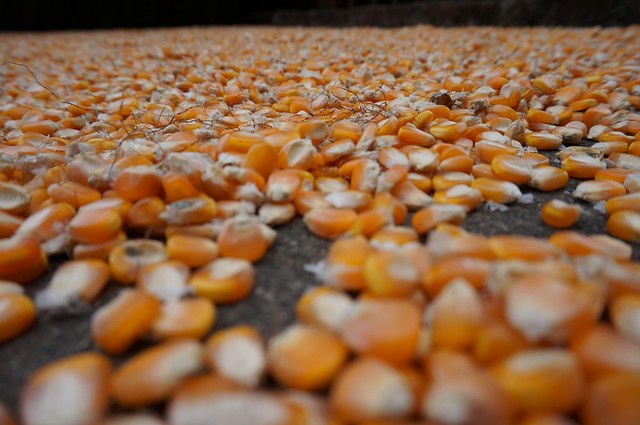 A close-up look at the corn kernels drying in the sun. 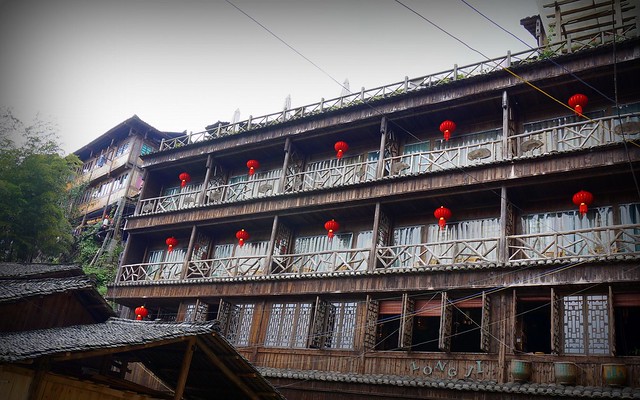 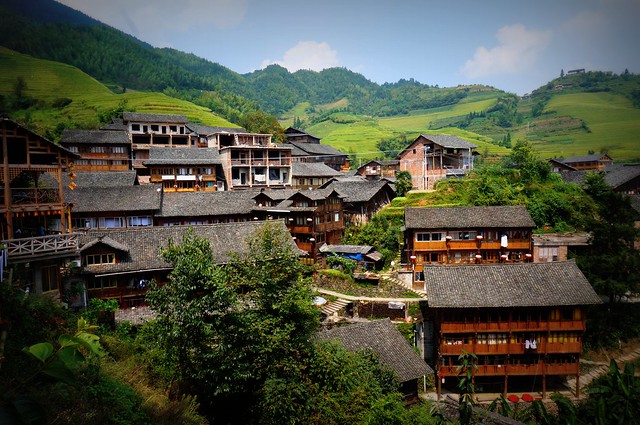 The view if you only make it halfway up the mountain like we did. 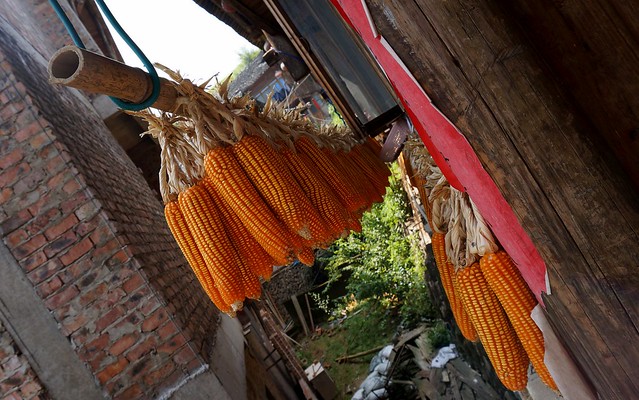 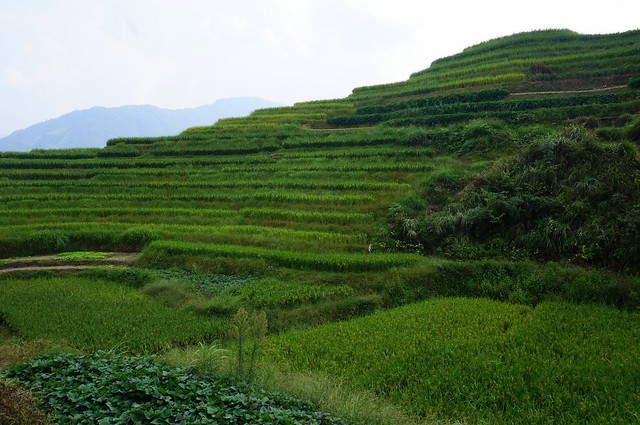 The rice terraces. I hear the view is spectacular once you actually reach the summit…