A woman drinking tea on her door stoop drops a hot dog to the ground.

A young man at a baked potato stand collects small scraps in a plastic bowl.

A gentleman in a tan jacket leaves handfuls of cat food along the eastern wall of Hagia Sophia.

And me? I pick the slices of deli meat out of my sandwich and drop them at my feet.

That is how Istanbul’s cats are fed. 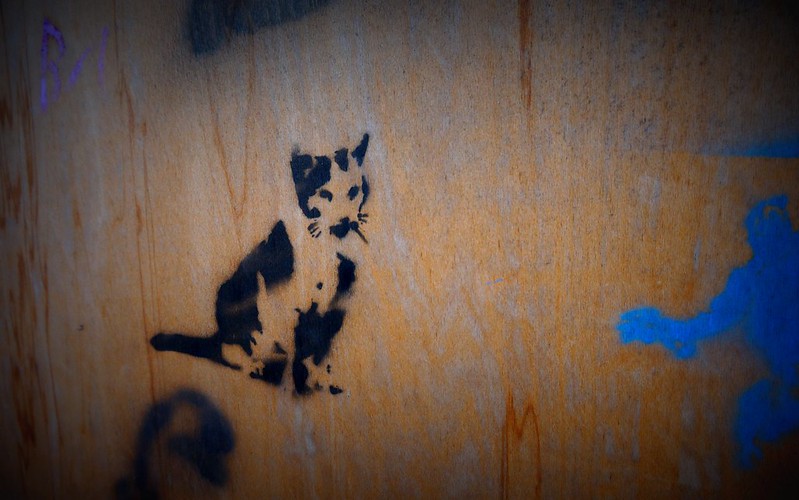 The first thing I noticed as a first time visitor to Istanbul were all the domes and minarets; the second were the cats. Lots and lots of cats!

Most cities would regard an excess of strays as a bit of a nuisance, but in Istanbul it’s a completely different story. The stray cats are treated as the city’s pets, and they are collectively fed and taken care of. The cats come and go as they please, but wherever they may find themselves – strolling the walls of the Blue Mosque or sauntering down the streets of Cihangir – you can be sure that someone will be leaving food out for them.

A little research revealed that the reason why Istanbul’s cats are well looked after may have its roots in Islam. While reading up on the issue, I came across two legends in Islam: one of a cat who saved the prophet Muhammad from a poisonous snake, and another instance of how when the prophet Muhammad found a cat sleeping on his tunic, he simply cut a piece off the fabric so as to not disturb the sleeping cat. This along with the popular saying, “If you’ve killed a cat, you need to build a mosque to be forgiven by God,” may be the reason why Istanbul’s felines are so revered.

But now let’s meet some of Istanbul’s cats through photos: 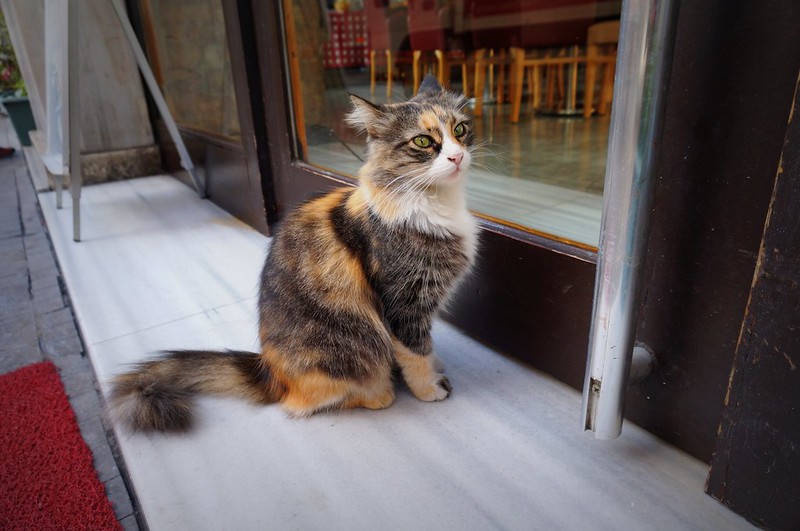 The sophisticated feline who hangs out in front of the posh cafes of Istiklal Avenue. 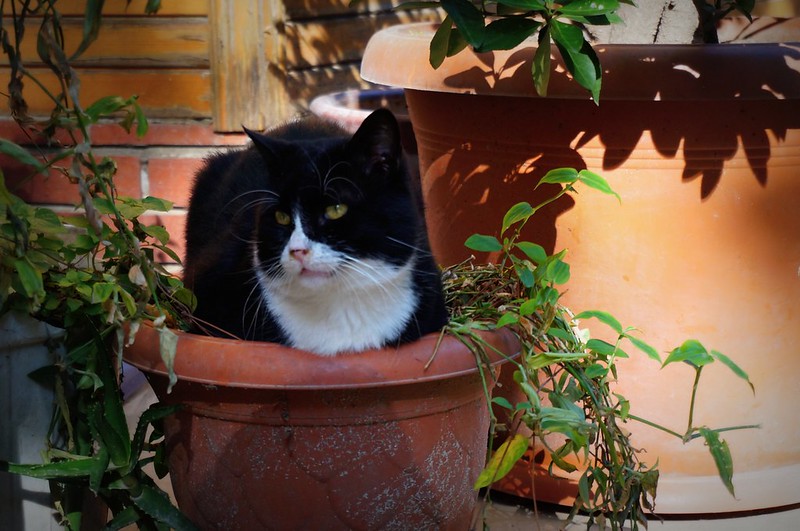 The cat who likes to spend his mornings relaxing in a flower pot. 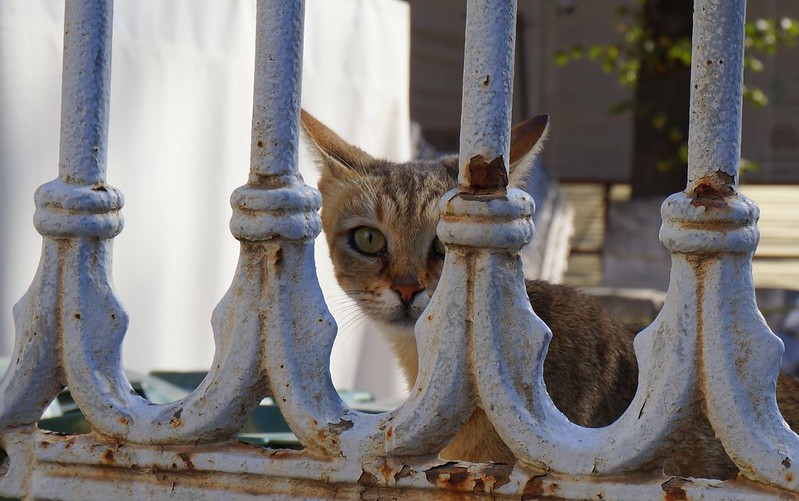 The shy tabby peering through the gates of Hagia Sophia. 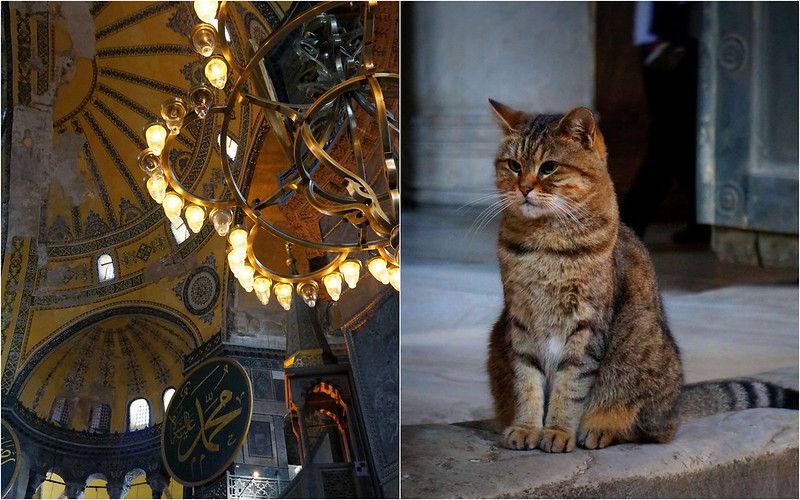 The regal one who calls Hagia Sophia his personal residence. 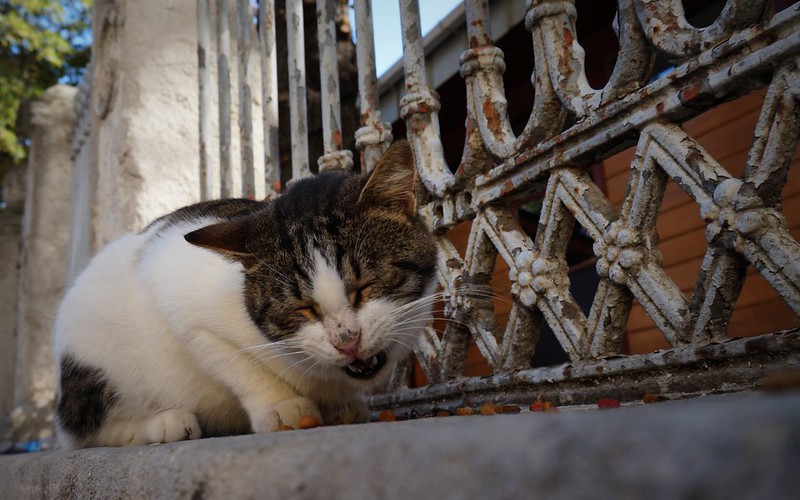 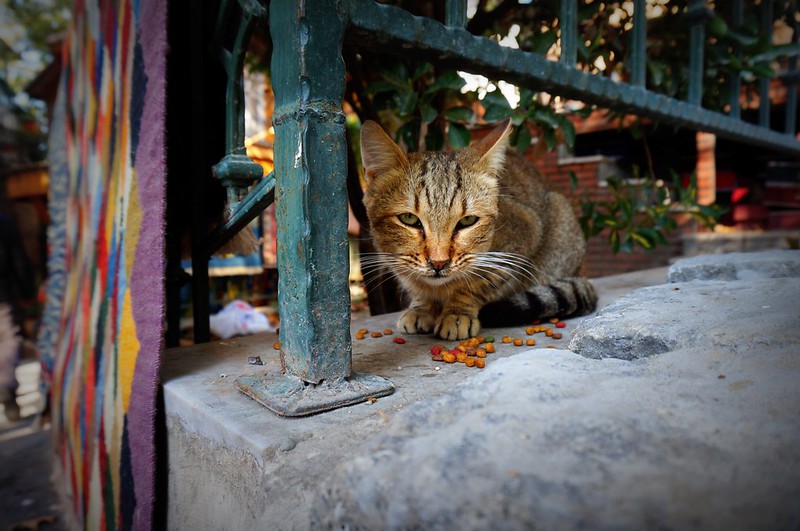 The one who glares when you get too close to his food. 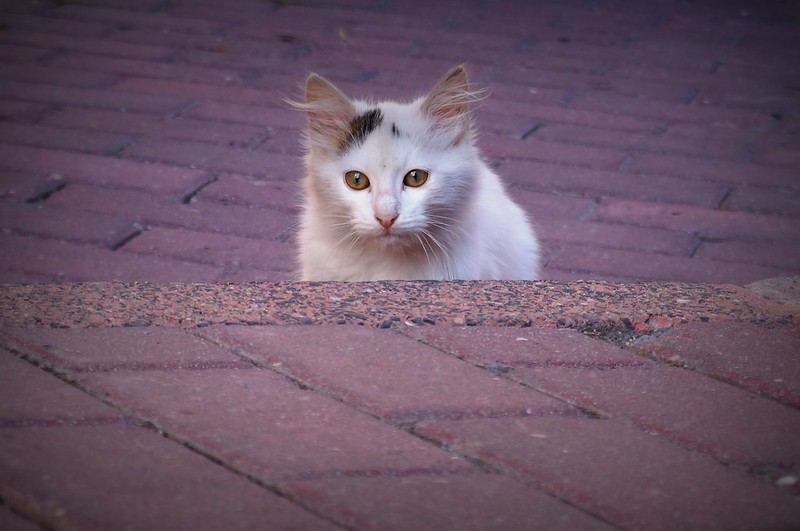 The startled white kitten who isn’t sure whether to trust the camera wielding stranger. 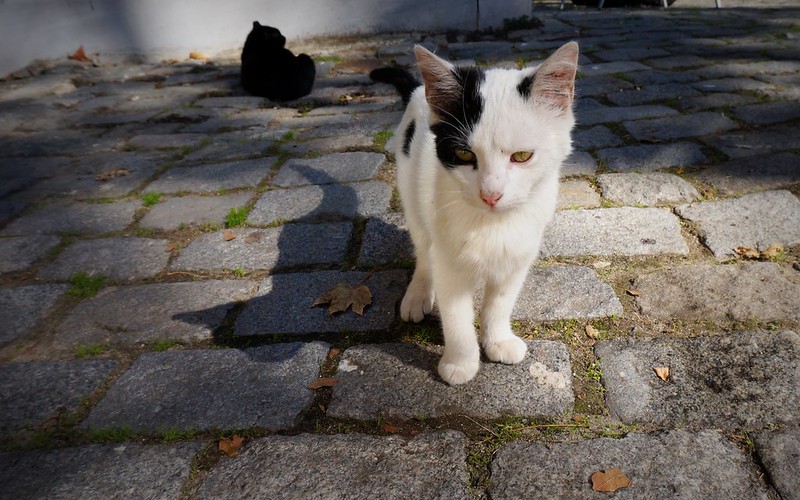 The sweet cat who rubs against people’s legs outside Istanbul Archeaological Museum. 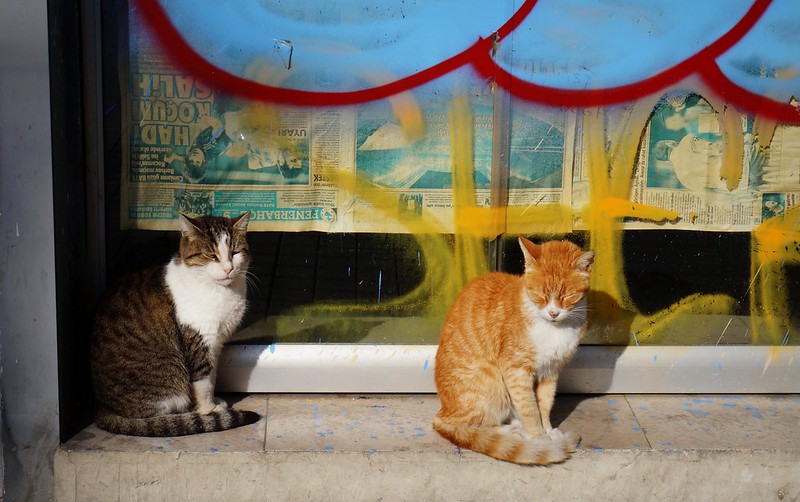 The sunbathing twins enjoying a quick nap in the morning sunshine. 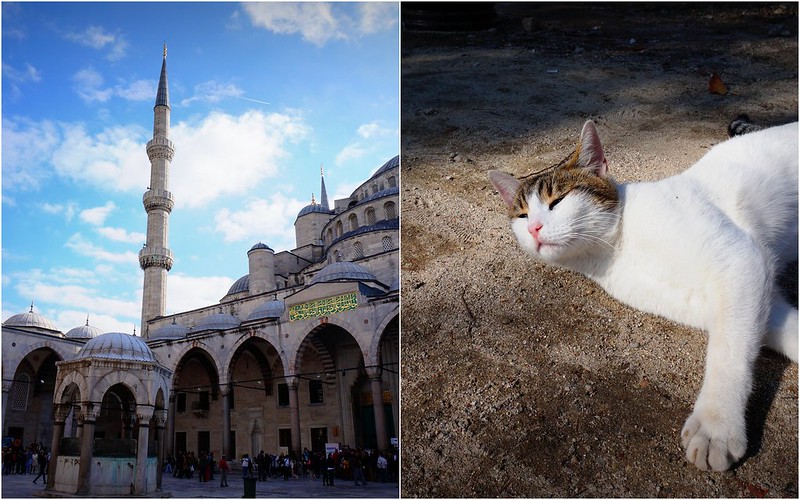 The welcoming committee at the Blue Mosque. 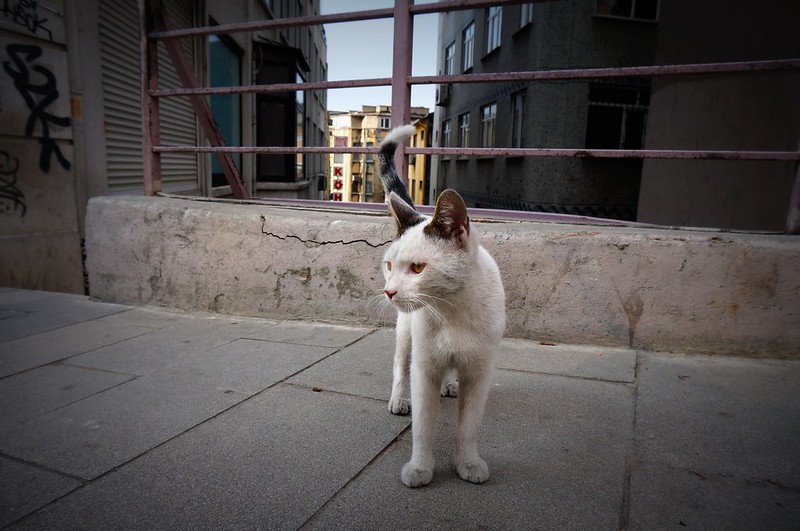 The cat who followed us down the streets of Beyoğlu. 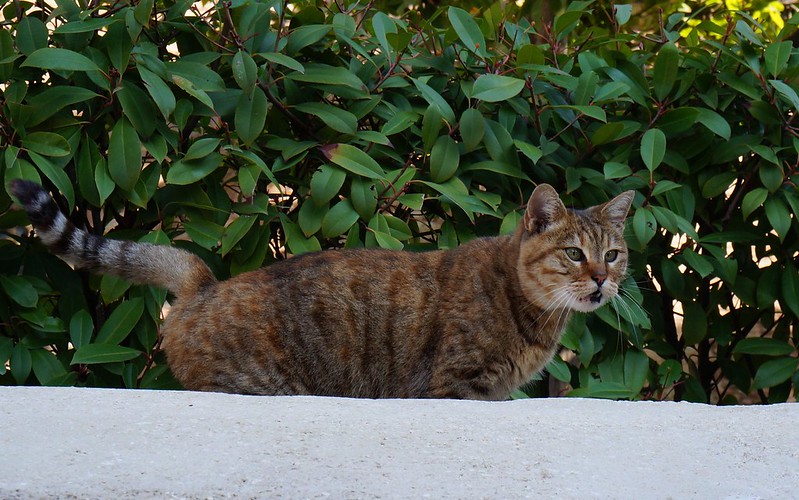 A plump tabby living in the courtyard of Hagia Sophia. 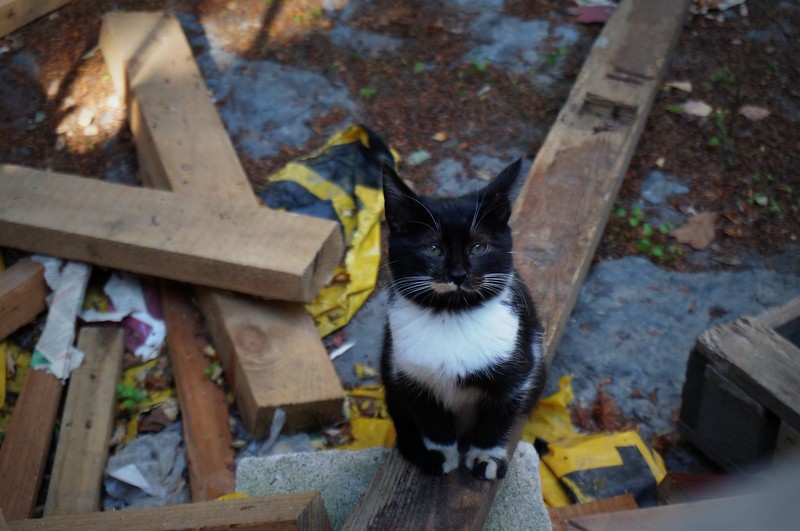 A black kitten with a natural white bib and white paws. 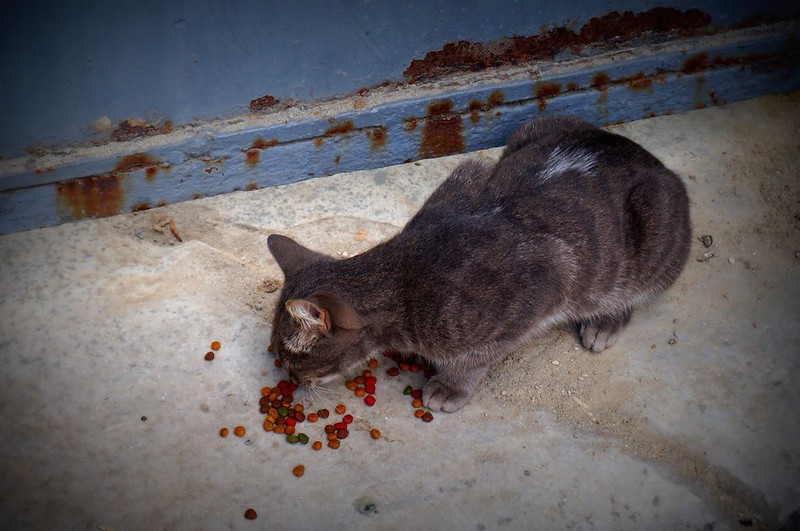 The cat who is too busy eating to pose for the camera. 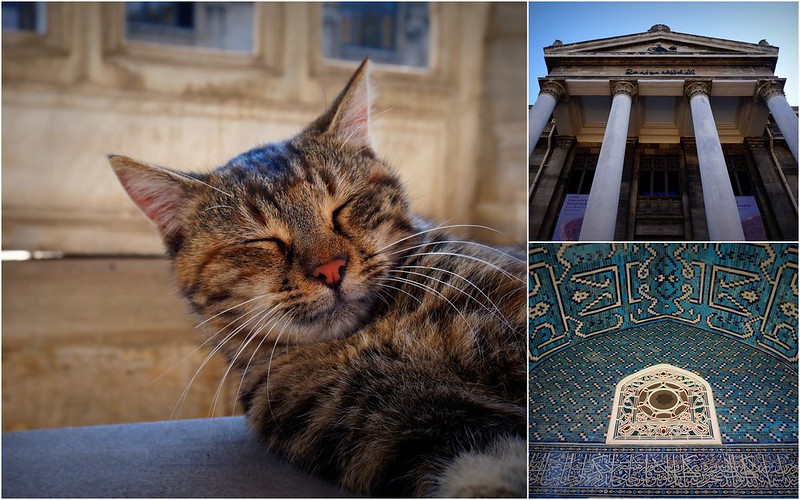 The sleepy tabby taking a morning nap outside the Archaeological Museum. 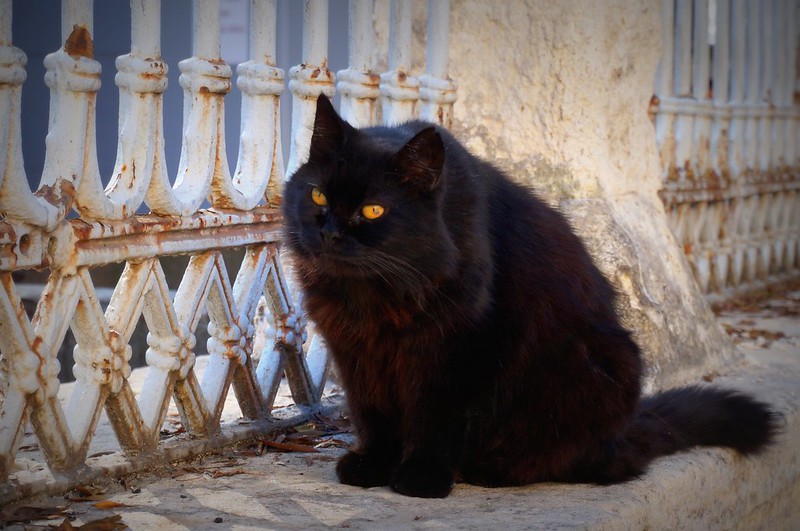 The Halloween cat with the questioning look in his honey eyes. 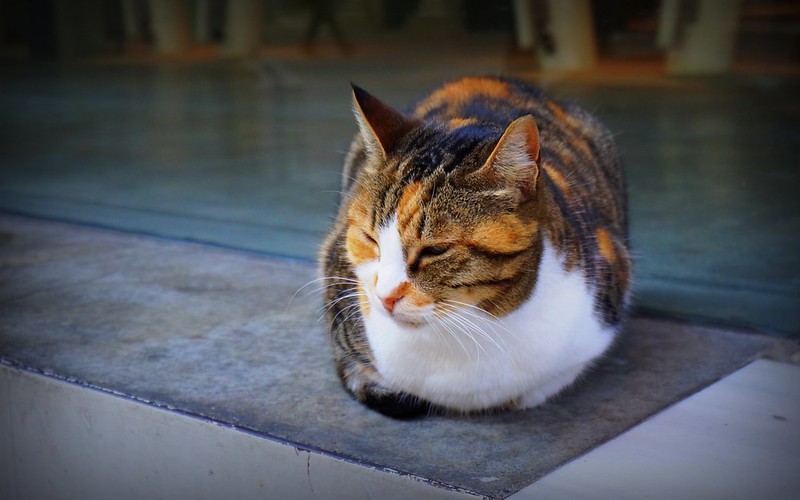 The fur ball who naps in front of high end boutiques. 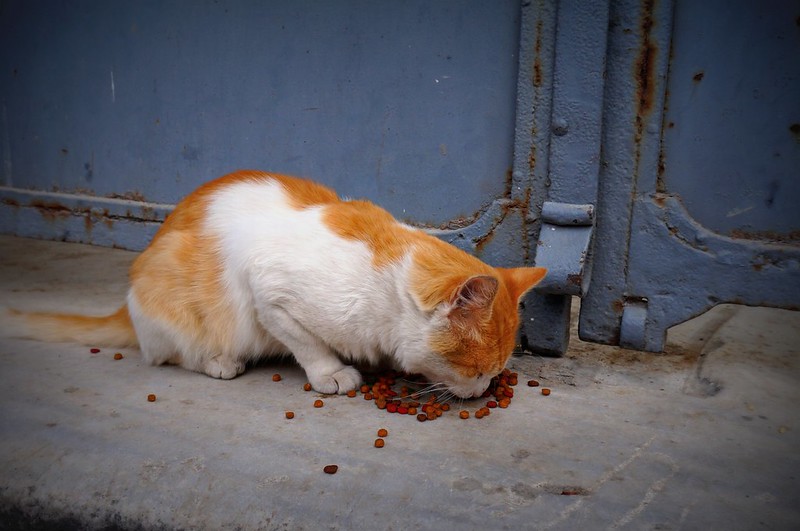 A white and marmalade kitty enjoying some cat food. 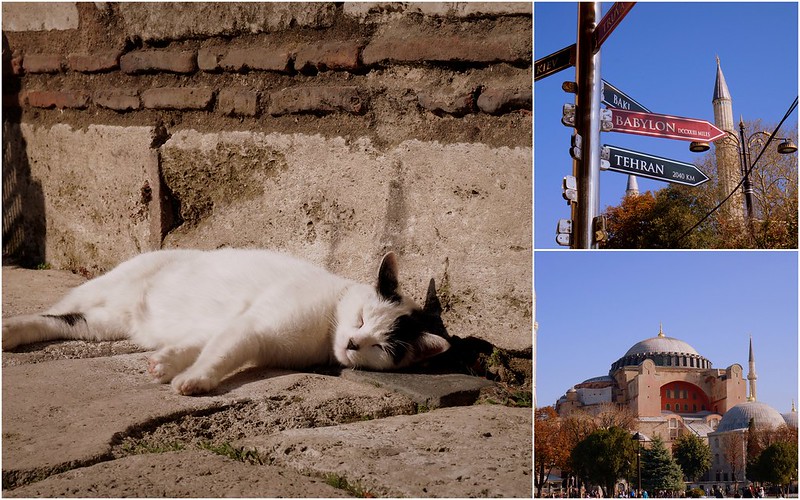 The sleepy kitty enjoying a nap along the walls of Hagia Sophia. 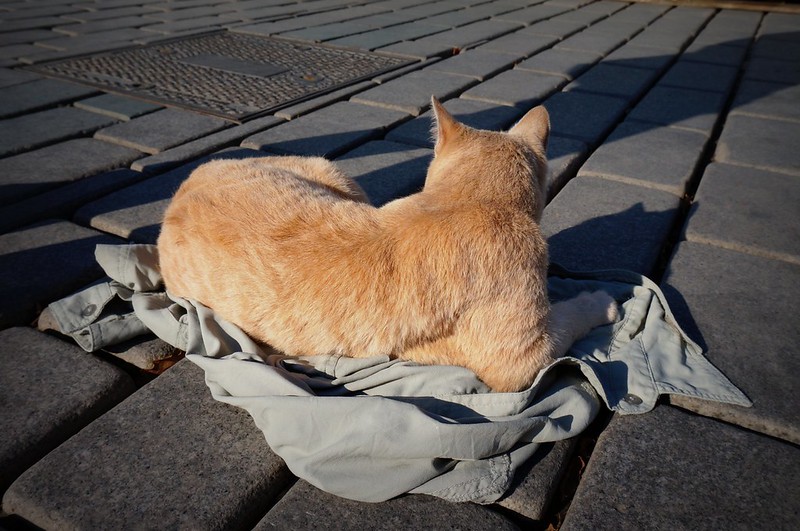 And lastly, the cat who stole Sam’s shirt and decided it made a really nice blanket and chew toy.

I seriously could have taken hundreds of photos of cats because they are everywhere, but hopefully you get the idea of what you can expect to find in Istanbul. While I have met lots of cats around the world, it was refreshing to see a city that really cares for its strays.

Have you ever come across a city that loves its cats?