For the past two months I used Istanbul as my little jump off point for trips to Bulgaria, Israel and Jordan, accumulating as many as 6 stamps in and out of the country. You’d think the city would have lost the initial spell it had cast on me, but on the contrary, the more time I spent in Istanbul, the more I liked it. 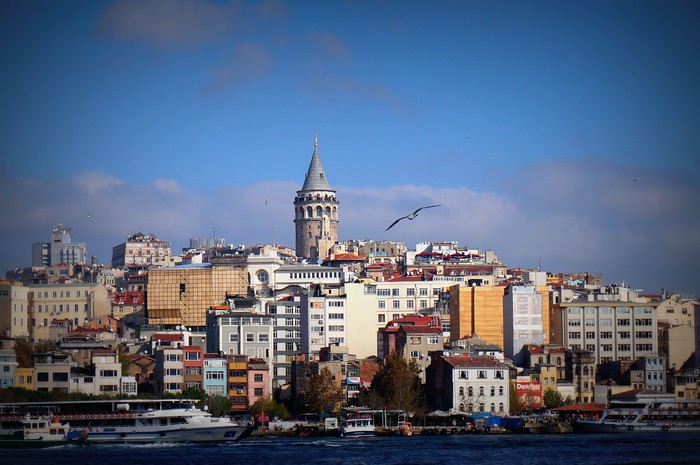 I can’t quite put my finger on it – it could be that magical skyline dotted with minarets and swirling seagulls, it could be the locals lazily puffing on shisha during the day, or maybe it’s just those backstreets that made me feel like I had somehow stumbled back in time to a Paris that no longer exists. Whatever it was, here’s my attempt at capturing that je ne sais quoi through photos.

Art on the streets

Istanbul’s streets are vibrant! Some parts of town have been revamped and renovated while other parts are crumbling and spray-painted. Half the charm of this city is that you never really know what you’re going to find when you set out in the morning.

As you can probably tell from the photo below, this pedestrian road is the place to be on weekends. While you could ride the red street car from one end of the avenue to the other, I would recommend you cover the 1.4 kilometers on foot instead.

The street is lined with bakeries, chocolateries, book shops, antique stores, restaurants, shisha bars, cafes, art galleries, old theatres, churches and high end boutiques. Along the way, you’ll be able to pick up a sesame coated pretzel, get a cone of Turkish ice cream from the man wearing a red fez hat, or even listen to the musical ensembles that set up with their accordions, drums, and banjos for a one of a kind musical experience.

While in Istanbul, Sam and I stayed in a short term apartment rental. As it turns out, the housing market in Istanbul is booming and people are buying these old historic, dilapidated properties and remodelling them into chic little gems that still stay true to their history. For the traveller, this often translates to boutique properties with fifteen foot ceilings, hardwood floors, and a balcony or terrace where you can enjoy a hot cup of Turkish tea. 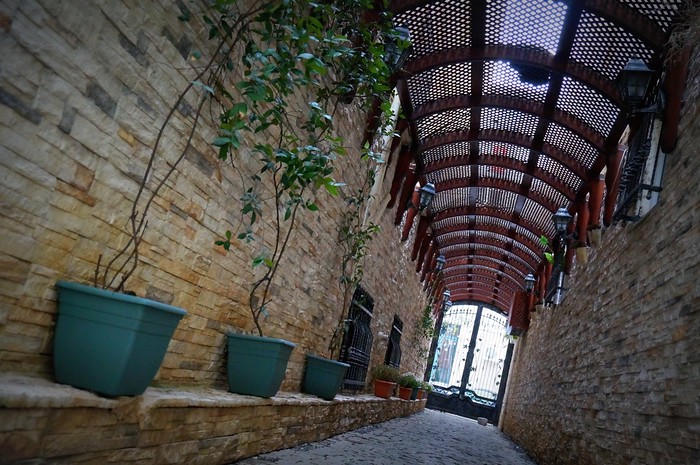 One of my favourite areas to stay in was Beyoglu, where we found a place through 9flats.com. What I liked about this area was that aside from it being really accessible to the city’s main sights, the neighbourhood itself had plenty of charm – there were antique stores selling everything from record players to Ottoman furniture, family run cafes serving up organic salads and sandwiches with homemade bread, and even private museums that I would have completely skipped over had I not been staying in the area.

The apartment I stayed in had two bedrooms, a living room with a pull out couch, a spacious bathroom with a laundry machine, and a fully functioning kitchen. It turned out to be far more space than we needed as you could easily fit an entire family here, but that just goes to show that this is a great city to travel in with friends or family. You’d think accommodations like these would be pricey, but you can easily find apartments in this area starting out at $50 for a one bedroom or $75 for a three bedroom property. Not bad for a city like Istanbul!

So much delicious food

Oh Turkish food! I did not have a single bad meal during my stay. Most dishes featured chicken and lamb kebabs, roasted eggplant, green peppers, fresh green salads, and bulgur (which looks a bit like cracked wheat). I also enjoyed plenty of lahmacun, a thin dough topped with minced meat, finely chopped vegetables and spices – it looks like a sauceless and cheeseless pizza, but I guarantee that the explosion of flavours is magical.

Istanbul is a city where you can’t get bored! I will be writing about my experiences in more detail in the coming weeks, but I wanted to give you a little preview of this gem of a city.

Have you been to Istanbul?

Is there a city where you feel like you could linger for months on end?