The Old City of Nazareth proved to be the perfect place to enjoy a slower pace of life for a few days. While Nazareth is rapidly growing, staying up on the hill of the Old City I felt like I was in a place where the clock had stopped a few centuries back. This was a world of solid limestone walls and narrow alleys where cars didn’t always fit, and at night, the neighbourhood would shut down leaving only the odd stray cat to startle you on an evening stroll. The Old City charmed me with its antiquity while still offering plenty of things to do. 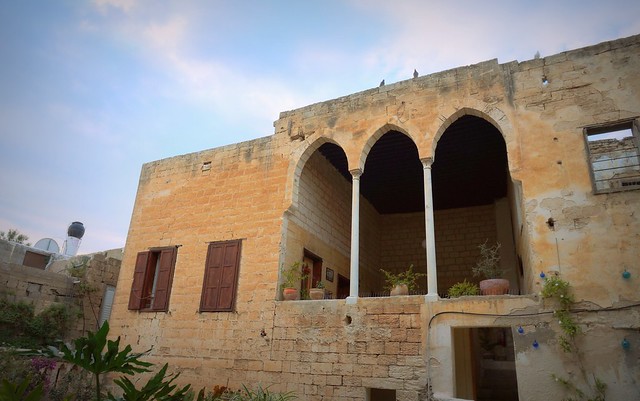 When staying in Old Nazareth you have to make time to stop by Abu’s shop Dewan Al Saraya. Firstly because his shop is a living museum full of metalware, paintings, musical instruments and unique antiques, and secondly because the man is renowned for his pancakes. 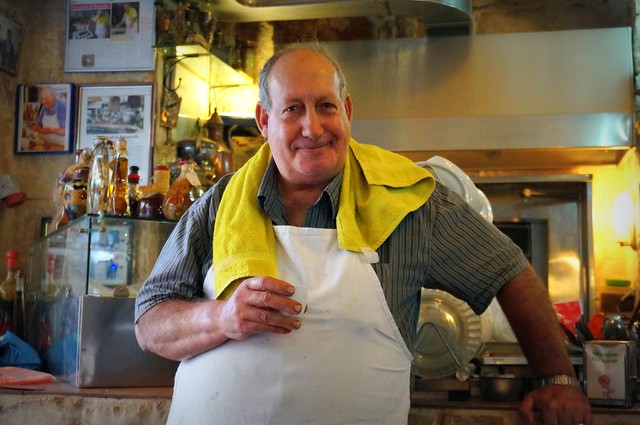 When I first walked into Abu’s shop, I didn’t realize he specialized in pancakes, so I proceeded to stuff myself with platefuls of pita, hummus, falafel, and tabbouleh. Big mistake, because once I was full beyond words and convinced that the meal was over, Abu approached the table with his signature dish – qatayef. My mouth dropped; you’d think that after a few weeks in the Middle East I would remember that the food comes out in a never ending stream of courses, but I still hadn’t learned that lesson. 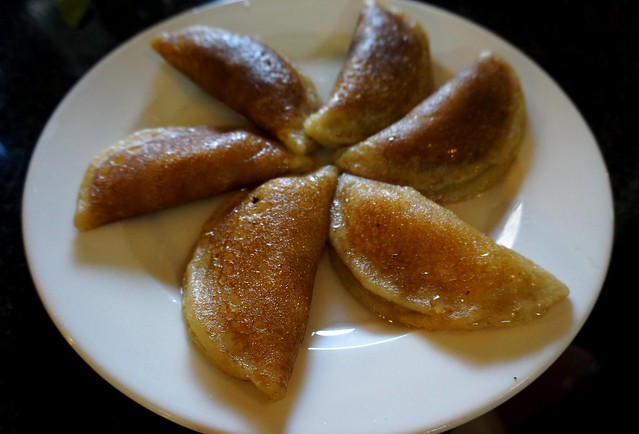 Abu placed the pancake dumplings at the table and explained that he specializes in two different types of qatayef; one stuffed with unsalted goat cheese, and the other stuffed with a blend of nuts and cinnamon. Add some sweet syrup to the mix, and the combination is pure magic! (It’s easy to see why these pancakes are a popular way to break fast during the month of Ramadan.) And of course, you can’t eat qatayef without coffee, so Abu also poured me a small cup of his cardamon coffee.

The Old City of Nazareth has a completely different feel from the rest of the city. To me, the Old City was an intriguing maze of pointed arches, ancient ruins covered in ivy, and old men laughing as they swapped jokes and smoked cigarettes. It was a place where vendors sold giant pomegranates, where the streets smelled of freshly brewed coffee, and where the call of prayer could be heard echoing from the White Mosque. 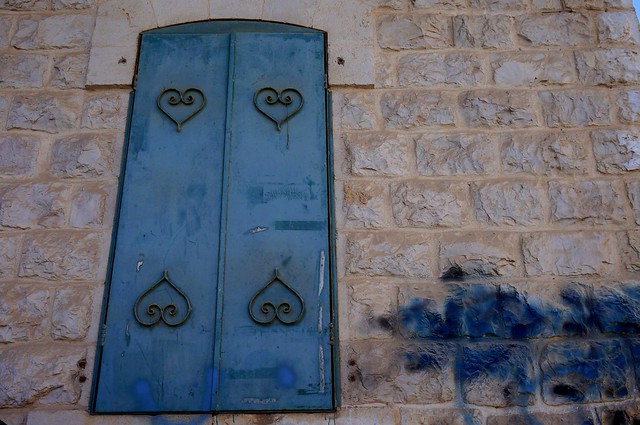 If you want to experience more than just the main sites like the Basilica of the Annunciation and St. Joseph’s Church, then it’s worth taking the free tour which starts at the Fauzi Azar Inn (yes, I said free!) This tour doesn’t take you on the typical tourist route, but rather focuses on the Old City and the community. It gives you a chance to meet the people who live here by visiting the mosque, markets, cafes, and shops in the area.

Have you ever checked into a guesthouse or a hotel that was so wonderful you almost wished you hadn’t planned any further travels? Well, that’s how I felt when I walked into the Fauzi Azar Inn. Once I set foot through the little hobbit-sized door and saw the oasis of lush plants, wicker chairs, and water fountains before me, I just wanted to spend day after day there! 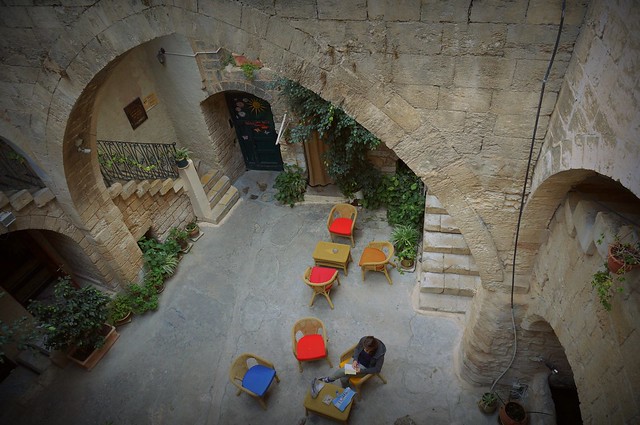 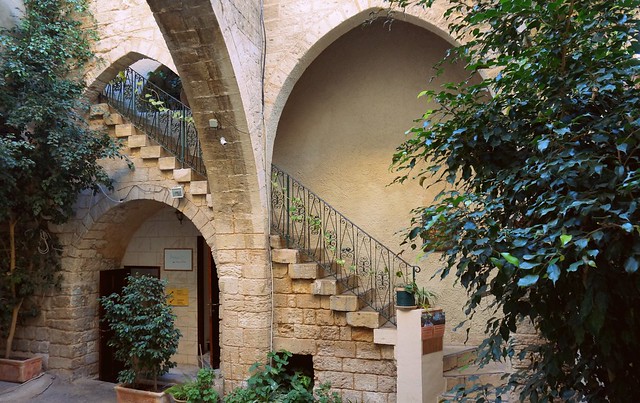 Soon after checking in I got to meet Maoz Inon, the man who transformed this crumbling mansion into a guesthouse for travellers.

Getting to hear his story was a very fun experience, because you see, Maoz was a man on a mission that many believed was crazy. When Maoz decided he wanted to open a guesthouse in the heart of Old Nazareth, there wasn’t really an infrastructure for tourism in the area – no other guesthouses, no hotels, no restaurants. Most buildings in the neighbourhood were in a state of complete abandon and disrepair, yet he believed that one guesthouse could help bring life back into the Old City.

You wouldn’t be able to tell now, but when Maoz first found this building, the inner courtyard was being used as a public toilet and the dark space provided the perfect cover for drug activity. However, he managed to convince the owners of this property that he could fix it up and turn it around if they would only give him a chance to bring his vision to life. The family agreed, and behold, this is what you have today. 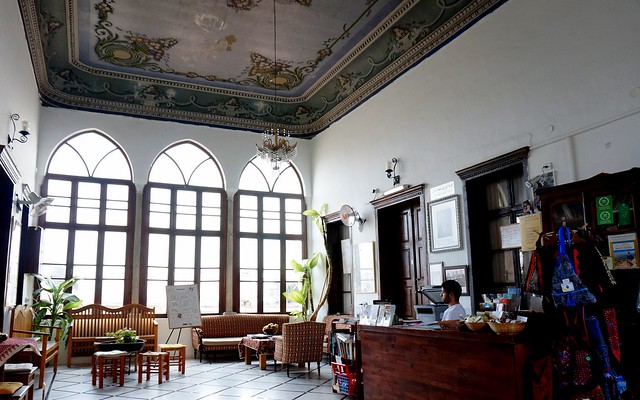 You’d think staying in a place like this would perhaps be out of budget, but the inn actually caters to a variety of travellers including young backpackers, couples, and even families with children. They have 10 private rooms and 5 dorm rooms to choose from, and every morning an Arab style breakfast is served in the dining area. 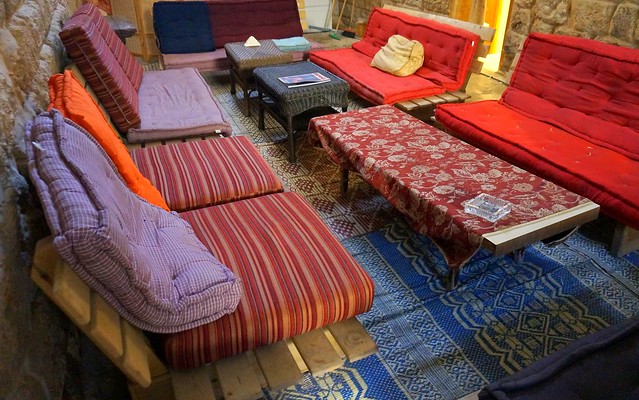 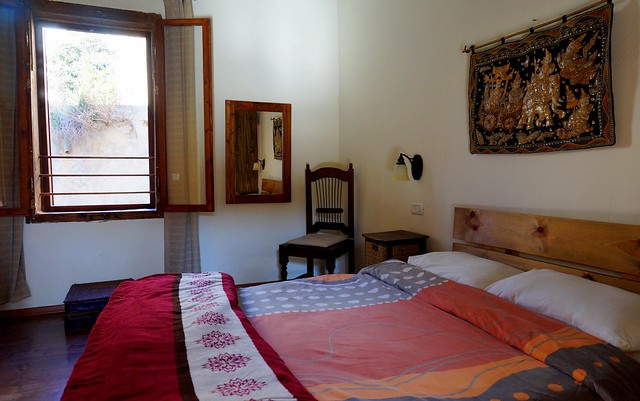 What struck me about Fauzi Azar Inn is that they go above and beyond when it comes to hospitality. Knowing that food is the key to many a hungry traveller’s heart, the inn always has a platter of cake available for the guests – chocolate cake, apple crumble, lemon poppyseed cake – and what’s more, they also had looseleaf tea where you could steep your own cup of spicy cinnamon or soothing chamomile. 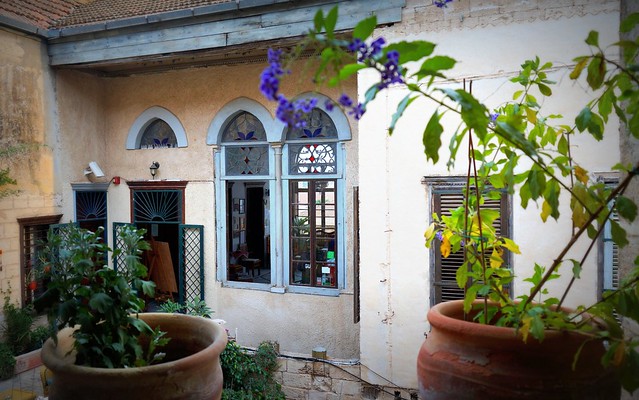 Dine with a local family

You know how I mentioned that the Fauzi Azar Inn has free cake all day, every single day of the week? Well, the lady who bakes these delicious cakes from scratch also happens to cook some spectacular meals. If you’re tired of eating shawarma every day of the week, then you have the option of booking a traditional Arabic style dinner at her home in the Old City.

The Jesus Trail is a 65 kilometre hiking trail through the Galilee, which starts in Nazareth and ends in Capernaum. The trail connects important sites from the life of Jesus as well as other historical and religious sites, and it draws both travellers in search of adventure, and pilgrims in search of meaning as they walk in Jesus’ footsteps. 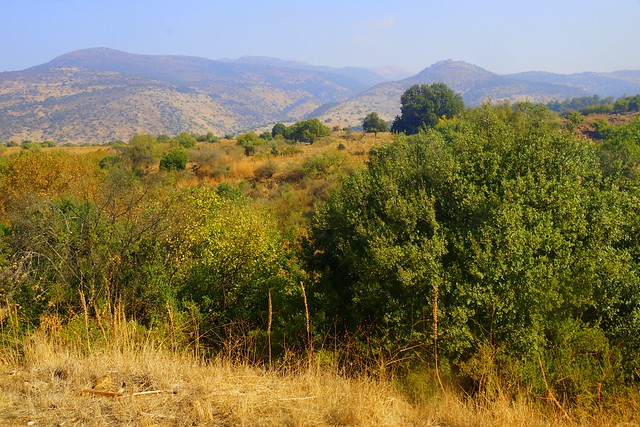 From speaking with Maoz who helped start this trail, I gathered that camping along the way is certainly an option, however, there are also new initiatives in place for hikers looking to have a more authentic experience staying with locals. Since the trail has a “village to village” feel, guesthouses and homestays are becoming more common.

While I didn’t have the additional 3-5 days it takes to complete the trail, I think it’s something worth considering for those looking to experience Galilee in a different way. 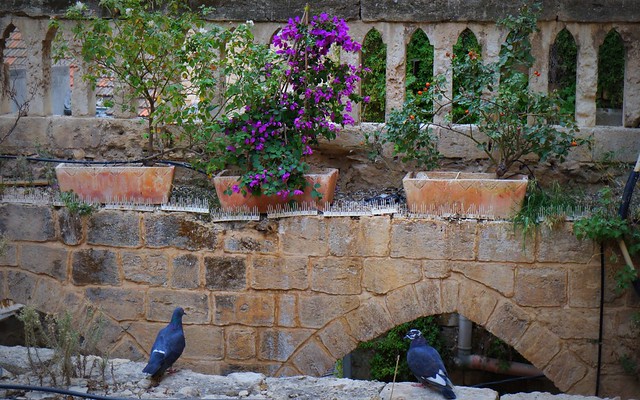 I used my time in Nazareth as an opportunity to do some further travels around Galilee and Northern Israel with Abraham Tours.

On my first day I took a half day trip to the ruined city of Caesarea where Roman sports competitions, gladiator games, and theatrical productions would have taken place on the banks of the Mediterranean.

The following day I visited the Sea of Galilee and Golan Heights, which included visits to the Mount of Beatitudes, the ancient fishing village of Capernaum, a stroll through the Banias Nature Reserve, wine tasting at a winery in a kibbutz, and some down time to dip our feet in the Sea of Galilee. (I should have gone for a swim, but it was November and only one Dutchman was willing to brave the waters – that says a lot!)

And lastly, I took a whirlwind tour of Haifa, Acre, and Rosh Hanikra. Haifa’s main draw is the Baha’i temple and its perfectly manicured gardens. From there it was on to Acre, where we wandered in the maze of old city walls while weaving our way through markets and stopping for scoops of ice cream. The day ended with a visit to the Rosh Hanikra grottos which lie on the border with Lebanon, and that was also the day I spotted the strangest of animals – the hyrax (which looks a lot like a giant hamster)!

Have you been to Nazareth?