Earlier last year I had the chance to spend a few weeks hanging out in Hong Kong, and it’s a place that drew me in right from the start. I’m not going to lie, there were a few occasions when my patience was tested, however, for the most part I really enjoyed the chaos of it all. When you get wrapped up in the magic of this city, it feels like the most happening place on earth, and in a way it kind of is.

I think everyone should get to experience the madness that is Hong Kong at least once in their lives, so in the hopes of steering you in that direction, here’s a little intro at what there is to do in this megacity – and it involves a lot of food! 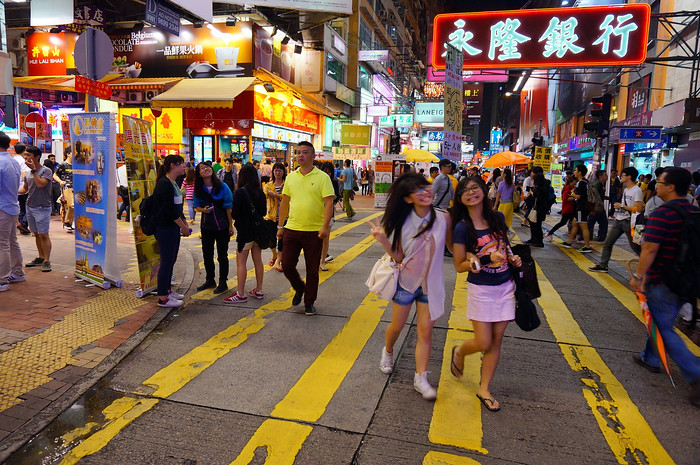 Elbow your way through a market

If you want to feel the pulsating rhythm of Hong Kong, then I suggest you head to one of the many markets in the city.

One of my personal favourites was the Ladies’ Market in Mong Kok. Stretching out across Tung Choi Street for about 1 kilometre in length, this market is the place to pick up handbags, backpacks, shoes, clothes, phone cases, hair accessories, DVD, and all kinds of souvenirs and trinkets.

While most vendors set up shop in the morning, I think the best time to visit is after sundown, when locals come out and a lot of musical performances also take place.

Tea plays an important role in Chinese culture and it’s an art that takes years to master. While in Hong Kong, I decided to attend a tea appreciation class and as it turns out there is quite a bit to know about teas!

During the class, I learned that tea can be classified into 6 different groups: green tea, black tea, oolong tea, white tea, yellow tea, and pu’er tea. The tea master explained the intricacies of each type of tea and then went on to carefully prepare each tea while explaining the meaning behind each action – from the way the tea was poured, to the way the cup should be held.

If you’re a tea aficionado, it’s a cool experience. The class I attended took place at Lock Cha in Hong Kong Park, and it’s completely free of charge. You just need to sign up in advance.

First and foremost, Hong Kong is a city for foodies so you can’t truly experience the city unless you eat your way around it. Aside from trying to sample as much dim sum as possible, I joined the Hong Kong Foodie Tasting Tours for a culinary look at the city. Word to the wise – go hungry because you’ll be eating a lot!

The particular tour I took focused on Sheung Wan, which is an area in the northwest part of Hong Kong Island. Over the course of the afternoon I sampled wonton noodle soup, roast meat, sugar cane juice, various types of tea, dim sum, and egg tarts.

It was the perfect culinary introduction to the city, and it gave me ideas of what dishes to order during the rest of my time there.

Go out for Indian curry at Chungking Mansions

The Chungking Mansions may be known around the backpacker circuit for having dirt cheap rooms in the heart of Tsim Sha Tsui, however, for me, this place is all about the Indian curries.

Sure, the Chungking complex is run-down and chaotic, but if you don’t mind crowds or small spaces, then you can find some good Indian restaurants on the first and second floors. 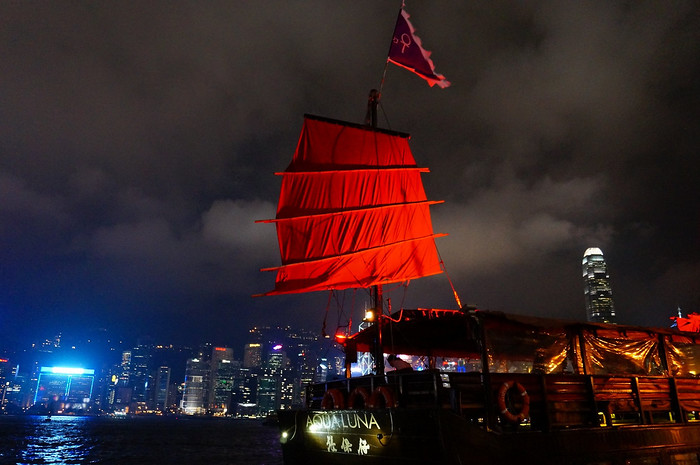 When the sun goes down and the city lights come on, the best place to be is Victoria Harbour. Every night at 8:00 p.m. the city puts on a light spectacle known as The Symphony of Lights, and there are two ways to experience the magic, either from the waterfront or aboard an old junk.

I went out for an evening cruise aboard the Aqua Luna at 7:30 p.m., which was perfectly timed so that we’d be sailing in the harbour just as the light show was about to start. With a free cocktail included, it was a memorable way to experience the glitzy lights for the first time.

Another option (which is free!) is to find a spot along the waterfront and enjoy the view from the mainland. I think Hong Kong Island has the superior view, so the best way to enjoy the show is from across the harbour in Kowloon. Sure, guests staying at Tsim Sha Tsui hotels get a great view, but so does everyone else hanging out along the Avenue of Stars.

Go in search of the best dim sum

I made it my mission to find the best dim sum spots in the city and I was able to narrow it down to three.

Located in the heart of Mong Kok, Dim Dim Sum was always buzzing with activity and I was usually one of the first people queuing outside the door waiting for them to open up for lunch. Some of my favourites dishes there were the shrimp dumplings (har gow) and the pork filled dumplings (siu mai). They were so tasty you didn’t even need soya sauce.

Next up, Dim Sum Square in Sheung Wan made some of the best BBQ pork buns! Stuffed with sweet barbecue pork and baked to perfection in a sugar coated shell, this was the star item on their menu.

And last but not least, there was Tim Ho Wan, also known as the world’s cheapest Michelin starred restaurant! Located in Olympian City, this spot was always packed with locals. My favourite thing to order here was the sticky glutinous rice steamed in a banana leaf and stuffed with chicken.

Go out for afternoon tea

If you feel like doing something a little special, going out for afternoon tea in Hong Kong is a nice date activity. Sam and I went to The Peninsula, however, many of the city’s high end hotels also serve afternoon tea so you won’t be short for options.

Tea for two at The Peninsula came with a three-tier plate containing scones, finger sandwiches, and an array of sweets including macaroons, green tea cake with cranberries, lemon merengue pie in a chocolate crust, raspberry sponge cake, and cream puffs. I paired that with a mango tea, and I was a very happy girl!

If you decide to go for afternoon tea, my only suggestion would be to do so on a weekday as opposed to the weekend. I went on a Saturday and the wait ended up being 2 hours long – and you can’t make reservations.

Afternoon tea at The Peninsula starts at 2 p.m., so if you arrive 30 minutes in advance, it shouldn’t be a very long wait on weekday. 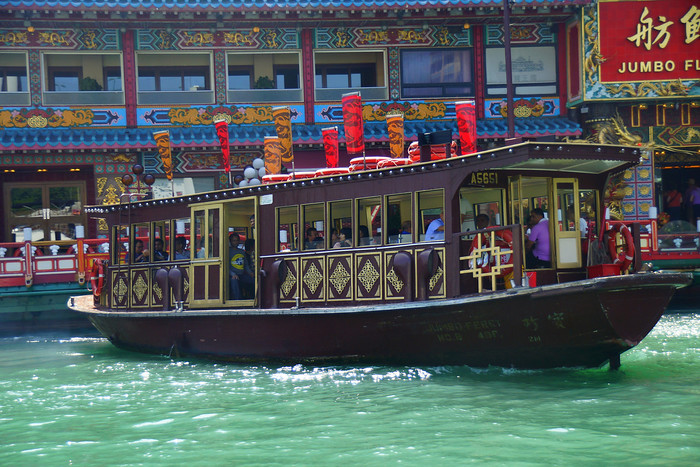 If you make it all the way out to Aberdeen on the south side of Hong Kong Island, then a sampan ride gives you a unique look into the lives of the Tanka people, some of which still live aboard floating vessels in the harbour. It was interesting to see the mix of tradition and modern, because while some families still live out on the water, their homes were equipped with televisions, radios, satellite dishes, and other conveniences you might find on the mainland.

While touring the harbour, you can also ask to be dropped off at Jumbo Kingdom home to Jumbo and Tai Pak Floating Restaurants. Built to resemble an ancient Chinese imperial palace, this establishment is a Hong Kong landmark that has drawn many celebrities out for a visit. Jumbo Kingdom is one of the largest floating restaurants in the world, but dining here also comes with a hefty price tag so be prepared for that.

When I first get to a new city, I like to take a hop-on-hop-off tour to get a better idea of the lay of the land. Plus, aside from it being a good introduction to the city, I also consider it free transportation.

I did the blue loop twice: once during the day and again at night when the city is all lit up. It felt like I was looking at a completely different city!

Have you been to Hong Kong?
What would you recommend doing?