It has certainly been a while since I spent this much time in art galleries and museums! Now that I travel with Sam, my travels are mostly centred around local food and outdoor activities, however, there was a time when my idea of travel was going to an art gallery, people watching at an outdoor cafe, popping over to a history museum, and then making my way to yet another cafe…

This past week I had one of my friends visit me in Berlin and I reverted back to my old ways. Rebecca flew in from London and on one particularly rainy Friday, we decided to go museum-hopping around Berlin’s Museum Island all day long! My feet were aching by the end of it, but it was nice to have an entire day devoted to history and art.

If you’re an art lover, then Berlin’s Museum Island might be the place for you. Here’s what to expect: 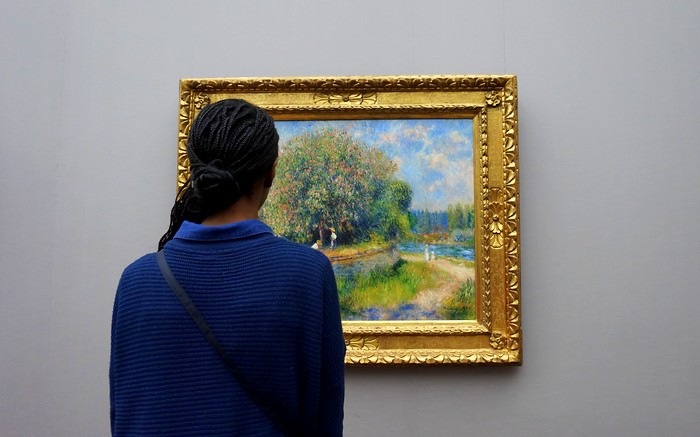 From the exterior this gallery looks a lot like the Acropolis found in Greece, which may lead you to think it focuses on Greek and Hellenistic art, however, once you set foot inside you’ll find that the Alte Nationalgalerie (Old National Galery) focuses on 19th century paintings and sculptures.

The gallery encompasses pieces from the French Revolution to the First World War, and you’ll find the works of artists like Edouard Manet, Claude Monet, Auguste Renoir, Caspar David Friedrich, Paul Cézanne, and Auguste Rodin among others.

My favourite part, however, were the sculptures by Johann Gottfried Schadow. If there’s a man who could turn a block of marble into the most angelic of figures, it was Schadow!

The Neues Museum, or New Museum, was a pretty cool place to visit because it houses both the Egyptian Museum and the Museum of Prehistory and Early History.

I got to see sarcophagi, busts of pharaohs, and hieroglyphs, however, the crowning jewel was the gallery which holds the bust of Nefertiti – the great Egyptian queen who enjoyed unprecedented power. 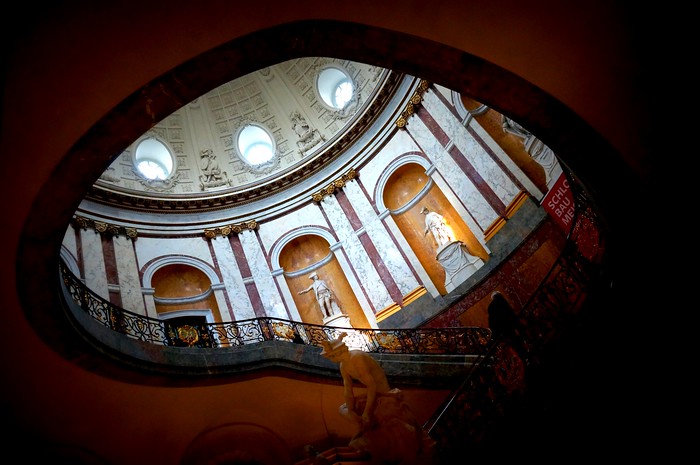 I really enjoyed visiting the Bode-Museum because the building itself is a thing of beauty. Reaching the galleries on the second floor involves going up a grand staircase clothed in red carpet, and the dome which towers above is also quite eye-catching.

Inside, the collection is very diverse and includes a section dedicated to sculptures which range from the Early Middle Ages to the late 18th century. There was a mixture of works by world-renowned sculptors like Donatello and Bernini, as well as pieces by lesser known artists. Many of the pieces housed here were religious in nature – altars, crucifixes, and sculptures of saints.

This museum was very quiet in comparison to some of the others I visited on the Museum Island – I saw one artist working on a sketch and another young man reading a novel in an empty gallery – but for the most part I had the place to myself.

With an estimated 1 million visitors each year, this is by far one of the most popular museums in all of Germany! This one building houses the Collection of Classical Antiquities, the Middle Eastern Museum, and the Museum of Islamic Art.

The highlights, for me, included seeing the Pergamon Altar of Zeus (which was brought back from an ancient Greek city and put back together piece by piece inside the museum!) and the Ishtar Gate (which was one of the 8 entrances to Babylon). The wow factor of the Pergamonmuseum is the fact that it houses these massive ancient structures which once functioned as gates, markets, and palaces!

I do have to warn you and say that this museum gets very crowded. It’s particularly popular with student groups, so some areas were very much push-and-shove.

The Altes Museum, or Old Museum, houses a permanent exhibition on the art and culture of the Greeks, Etruscans, and Romans…and this is the only museum that I didn’t get to visit! I have to admit that I was pretty wiped out after walking through the previous 4, so I’ll leave it to you to do the exploring.

Have you been to Berlin?
What are some of your favourite museums in the city?