Chicago was the last stop of our 3 week North American adventure and we couldn’t have picked a better place to end off the trip. Summer in the city was just perfect! There were festivals taking place, free movie nights at The Pavilion, outdoor concerts, and the weather was great for long days spent sightseeing. I also ate more pizza than I normally would in an entire year – yes, Chicago is considered the home of deep-dish pizza so I took it upon myself to try and find the best one.

Here’s a look at some of the highlights from the Windy City: 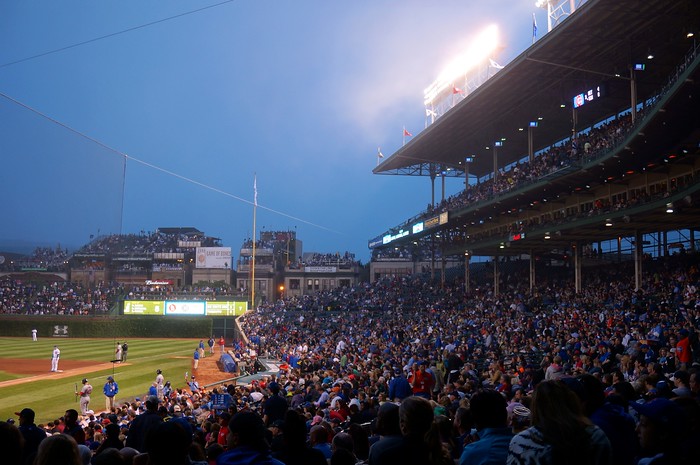 I know nothing about baseball. I grew up in Argentina where toddlers already know how to kick a ball in a little game we call fútbol! But since I was travelling with Sam who is a Cubs fan, we paid Wrigley Field a little visit to watch the Chicago Cubs play the Washington Nationals. I may not have understood the rules, but I got to witness some serious team spirit. The Cubs are said to have a bit of a curse (they haven’t won a World Series in 105 years!), but this doesn’t make Chicagoans love them any less. People came decked out in red and blue, they cheered for the team, and then sang “Take Me Out To The Ball Game” at the top of their lungs. It was a pretty cool experience, even for a non-sports lover. 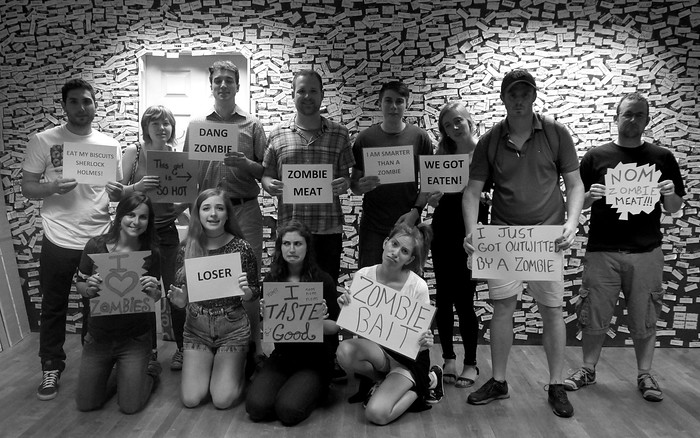 Getting trapped in a room with a zombie

I love seeking out unique activities whenever I travel, and Trapped in a Room with a Zombie turned out to be exactly that. I first discovered the concept of room escape games when I was in Prague and I now try to do them in any city that offers them. The concept behind room escape games is that you’re locked in a room and you have 60 minutes to use the clues in front of you to figure a way out. It’s all about using your mind to problem solve and interpret the hidden messages in front of you. This particular game, however, had the added zombie factor. Yes, there was a pretty terrifying zombie chained to the wall and every 5 minutes its chain would grow longer. Try solving mind games with that kind of pressure! There were definitely a few screams along the way.

Going in search of the best deep-dish pizza

If there’s one food Chicago is known for, it’s deep-dish pizza! I wanted to see what all the fuss was about, so I decided to eat my way around Chicago’s pizzerias in 1 week. In the end, I made it to 5 different restaurants: Uno’s Pizzeria, Giordano’s, Gino’s East Side, Bacino’s, and Lou Malnati’s. More than 1 restaurant claimed to make the ‘best’ pizza in Chicago, but favourite was ultimately Uno’s. That being said, I don’t see myself eating another slice of pizza for a very very long time. 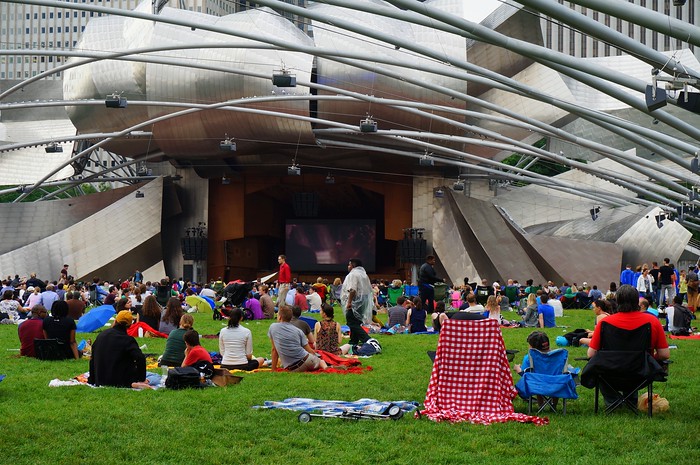 Summer in Chicago is a lot of fun and there seemed to be daily activities at Millennium Park. During my week there and I ended up stumbling onto a free movie night where they were screening Ghostbusters, and I also caught a free concert over in the lawn. It’s a very casual setting and people come with their blankets and picnic baskets. 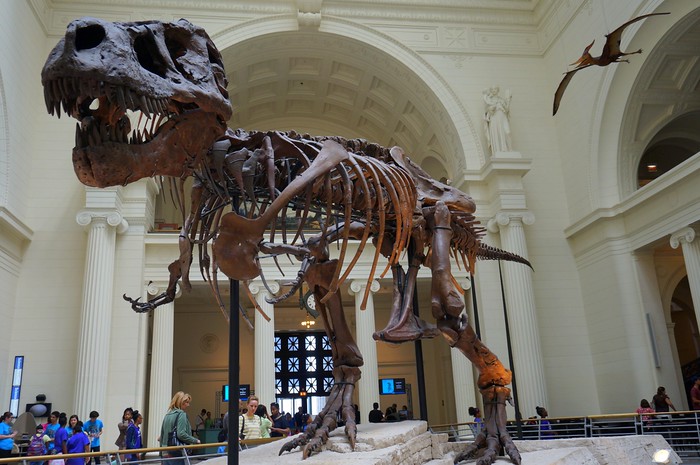 Seeing a T-rex at the Field Museum

The highlight of my visit to the Field Museum was seeing Sue the T-rex! Sue is the best-preserved Tyrannosaurus rex specimen that has ever been found. This particular T-rex is believed to have weighed somewhere around 9 tonnes when it lived millions of years ago. 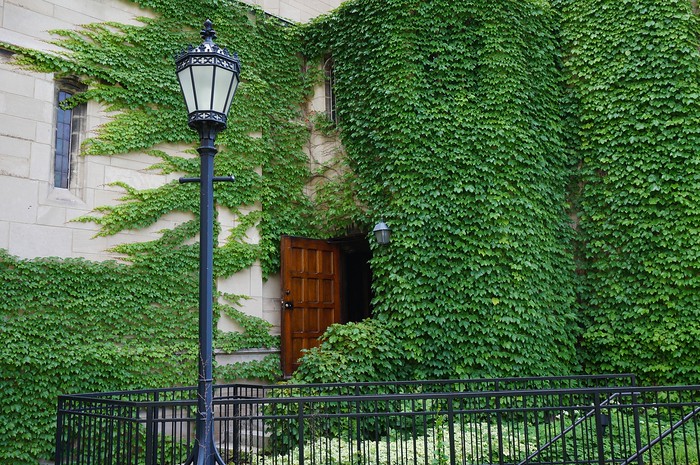 Wandering through the University of Chicago campus

I kind of like visiting university campuses when I visit new places, and the University of Chicago was worth the detour. Most of the older buildings were designed in the Gothic style and walking through the ivy-covered walls of the campus is like setting foot in Europe. The Rockefeller Memorial Chapel which sits on the campus is stunning! Also, if you’re up for a little walk, President Obama’s house sits just a few blocks north from here. You won’t be able to get up close to it (the place is heavily guarded), however, you might just be able to sneak a peek at the red brick manor through the bushes! 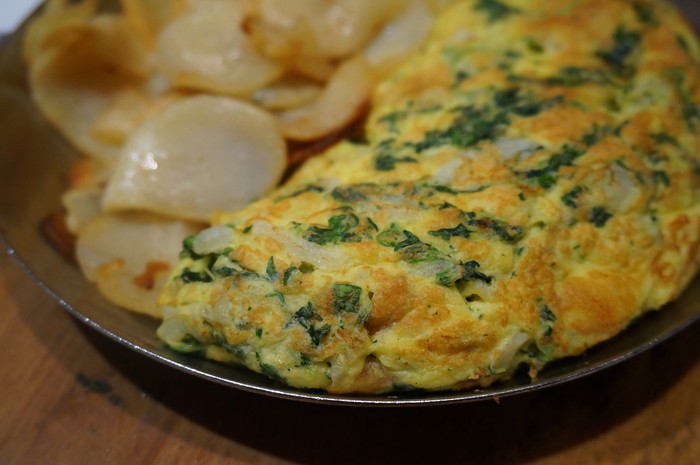 This is one diner-style joint where it’s worth getting up early – Lou Mitchell’s knows how to make one delicious breakfast! They give you free donut holes the minute you walk through the door, their fluffy omelets are served in the same skillet they’re cooked on, and their claim to serving ‘the world’s finest coffee’ really is true. I don’t even drink coffee, but I had 2 cups at Lou Mitchell’s. 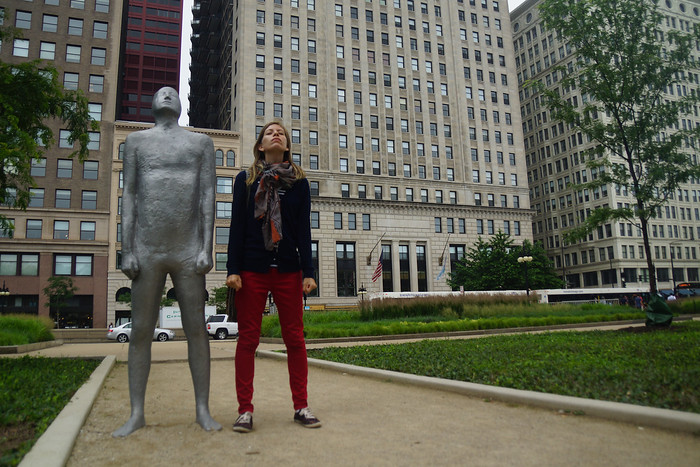 Enjoying an art filled afternoon at the Art Institute of Chicago

The Art Institute of Chicago is amazing! They have a huge collection of Impressionist and Post-Impressionist paintings, which I’m always drawn to.  Lots of Vincent van Gogh and Paul Gauguin. I also made it down to the basement to visit the Thorne Miniature Rooms. Here you can see tiny little rooms (picture dollhouses) that depict living arrangements from different periods.

Seeing the city from above all lit up at night

People had told me Chicago is a city for architecture lovers and now I know why. The city is home to some of the first modern skyscrapers and you can clearly see the evolution of architecture in buildings across the downtown. The most popular way to experience Chicago’s architecture is to take a guided cruise down the Chicago River, but Sam and I opted to do a river walk instead. We didn’t get the history behind each building, but it was a nice setting for a casual stroll.

Here’s a little video that Sam and I made during our week in Chicago. It showcases 35 different attractions across the city, and hopefully it’ll give you a feel of what Chicago is like in the summertime:

Have you been to Chicago?
What are some of your favourite things about the city?