After taking a bit of a hiatus in the travel department last year, July marked my first full month back on the road. Woot woot! Sam and I kicked things off right where we had left off last spring, in Europe. This is what the past month looked like. 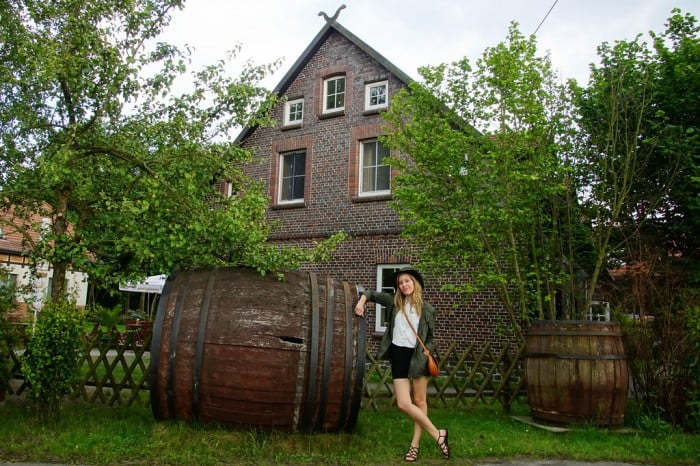 Road tripping around Germany. This was my first time driving in Europe, and what a better place to start than on Germany’s Autobahn, right? I have to admit, it was kind of nerve-wracking pulling out of the airport with my own car, but it proved to be such an amazing way to explore the country. The only soundtrack Sam heard for a full week was, “Look, a castle!”, “Look, windmills!”, and “Can you believe we’re driving through a tree tunnel?” I’m so ready for another road trip, and thankfully there’s one of those coming up in Ireland with my sisters this autumn.

Unexpected meet-ups in Paris. My friend Jackie just so happened to be in town while I was there, so we met up for food. So much food! I had read really good reviews of La Maison du Dim Sum, so we went there for their dinner buffet. The food kept coming, and coming, and coming, and we were starting to get the my-body-can’t-process-so-much-food-this-fast sweats, but we kept going because it was delicious. Also, the only way to combat these sweats is with something cold, so after eating dessert at the restaurant, we went out for second dessert in the form of gelato.

Celebrating our 1 year wedding anniversary. Yup, this past month Sam and I celebrated 1 year as Mr. & Mrs. (It still sounds weird calling myself a Mrs. and sometimes I slip and refer to Sam as my boyfriend. I’m sure I’ll catch on by year 2!) In true Sam and Audrey fashion, the day was all about food, starting with Korean bibimbap for lunch, sushi for dinner, and French pastries for dessert.

Getting recognized by one of our YouTube viewers. Sam and I were walking down the streets around the Latin Quarter in Paris when all of a sudden a guy stops us with, “Hey, I know you! I watch your videos.” It turns out he had watched our Laos vlogs while researching his trip earlier on in the year. I’m always blown away when this happens, not just because it makes me feel like a minor celebrity for a moment, but because it serves as a reminder that our ‘subscribers’ aren’t just a random number – they’re real people who also love food and travel – and sometimes that can be easy to forget. 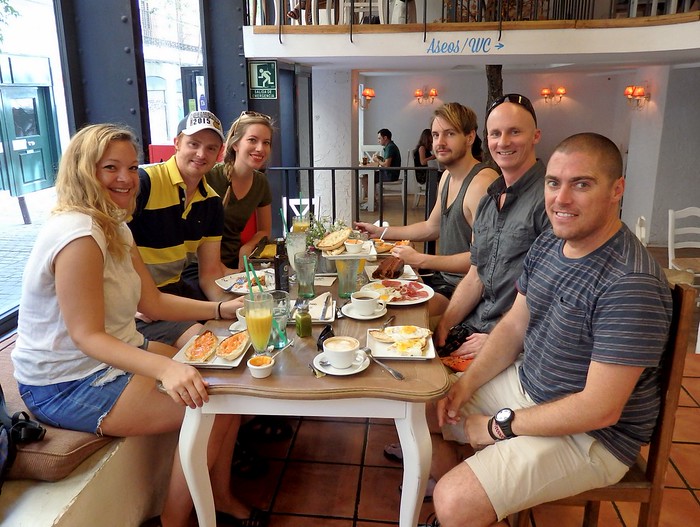 Discovering blogger central in Madrid. One of the things I miss most about travel is having a regular group of friends to meet up with and chat face to face. Well, Madrid certainly delivered in that department. I’m going to go ahead and dub it the next Chiang Mai because there are so many travel bloggers living the expat life and passing through town at the moment. This meant late nights fuelled by gin and tonics and sangria, meeting up for Spanish breakfasts, and tapas, tapas, tapas!

Celebrating my birthday in Toledo. I turned 28! I decided I wanted to celebrate with a day trip to Toledo…on one of the hottest days of the year. Oh boy. The day’s mission soon became to avoid overheating, which meant I spent the day cooling down with gazpacho for lunch, cooling down popsicles while I walked around town, cooling down in a military museum (because it was one of the few places with AC!), cooling down with gelato on the way back to the train station, and passing out on the train with cold air blasting on my sweaty body. I know it sounds a bit like torture, but I have to list this under highlights because it was my birthday and those only come around every 365 days.

Lowlights of the month

That hot, hot, heat. When the temperatures start to hover around 40 Celsius, my brain starts to cook and I start to melt. I’m pretty sure I was a whiney wife this month, but Sam dealt with it well (read: by buying me popsicles).

The never-ending lines in Paris. We gave up on the idea of setting foot inside the Louvre, Notre Dame, the Eiffel Tower, the Catacombs, and just about every other major attraction in the city. Audrey Hepburn may have said, “Paris is always a good idea”, but I’m pretty sure it wasn’t July and the streets didn’t smell of urine.

No trains to Luxembourg. So we decided to skip our scheduled train to Luxembourg because it was a tight connection and we wanted to grab some food. The next one was supposed to depart in one hour, but little did we know the rains were wreaking havoc and we would end up stuck at the station for half a day. The train station was a mess, everyone was trying to get rebooked, and the ‘replacement’ buses were packed because it was the day after a festival. By the time we reached Luxembourg it was almost 2 a.m. and we had been scheduled to arrive at 7 p.m.

Getting kicked out of a hotel. I was going to say this has never happened to me before, but then I remembered it did once in Malaysia when the hotel owner decided to give my room away to a higher bidding guest on a holiday weekend. So this was my second time getting kicked out of a hotel. What happened this time is that there was a big mix up when our booking was made and they thought the date of our last night there was our check-out date – and no, I didn’t tick the boxes wrong. Every single room at this property was booked so there was no way to shuffle us around. At first the receptionist was quite harsh about it and basically told me it wasn’t their problem and that I’d just have to find another hotel in town, but then the manager came out and took charge of the situation in a more graceful manner. He was truly sorry about the incident, found us another place to stay, and even drove us there so we wouldn’t get lost.

An apartment without an elevator. So Barcelona has a really weird way of numbering their apartments… I thought we were staying on the 4th floor, and then when we got there and started climbing the stairs with our luggage it felt like we weren’t getting to the 4th floor soon enough. It turns out apartment buildings have 2 floors (entresuelo and principal) before they start counting the ‘real’ floors on top of these (1st, 2nd, 3rd, etc). Basically I was duped into staying on the 6th floor, which proved to be quite the workout.

We’re not sorry we’re closed. Getting used to the local schedule in Spain was a little frustrating. There was one day we showed up at a restaurant we were really excited about. It was 12 noon, which in my books is lunch time, so we walk in, sit down and try to order, and the guy tells us the kitchen doesn’t open till 2 p.m. Lunch at 2?! We then walk over to a different restaurant and place our order and we hear the waiter go to the kitchen to tell the chef what he should cook up. The chef responds, “but it’s not 1:30 p.m. I’m not supposed to cook yet!” Don’t even get me started on the joys of trying to buy a train ticket on a Sunday…

Cool travel articles to check out

Why Google Flights is The Best Thing To Hit The Web Since Google, Goats on the Road – A look at why this is such a great tool, especially if you want to travel for cheap but you aren’t set on a particular destination.
Castaway Island: The party island from hell, News.com.au – When a trip is so bad that you can’t help laughing at another traveller’s misfortunes. I skipped Castaway Island and went with a much more subdued tour when I was in Halong Bay, but now I’m curious, have any of you done the Castaway tour?

On my Kindle at the moment

Bossypants by Tina Fey – Yeah, I know, I’m about 4 years late, but better late than never. I don’t think I’ve ever read anything written by an actress/comedian/celebrity, but this book changed my mind. It was laugh out loud funny to the point where Sam kept asking me why I was snorting every 5 minutes.

Adrift: 76 Days Lost at Sea by Steven Callahan – It wasn’t the easiest book to get into, but it’s a fascinating story so I didn’t want to give up on it. I found the writer was too brief, as in sometimes his sentences were only 5 words long, or even 1 word long. I prefer wordy and descriptive any day. I also struggled through all the technical jargon seeing as I know next to nothing about sailing, but that being said, I was gripped in the last few days leading up to his rescue, because like the title suggests, he is found on day 76.

What’s coming up next? 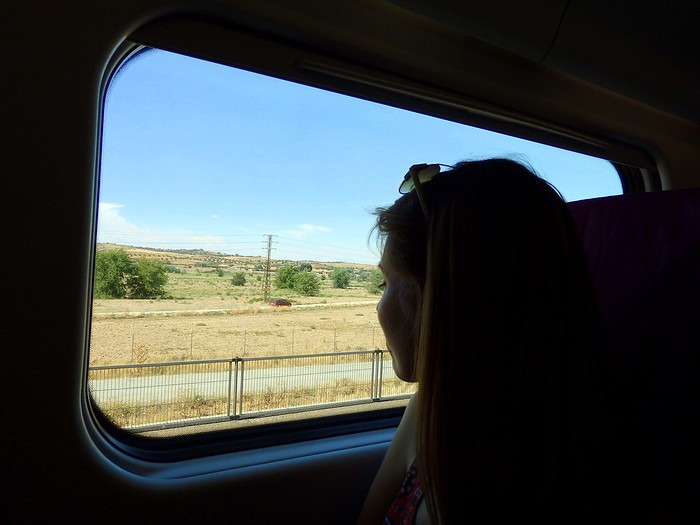 In August Sam and I will spend 2 weeks travelling with Busabout, which is a Hop-On-Hop-Off bus system with several loops that allow you to travel across Europe. We’re going to be hitting up Paris (again!), Bruges, Amsterdam, and Berlin with them, and making vlogs to document the experience, so keep an eye out for those on our channel.

From there we’re heading over to Warsaw, for a taste of the Polish capital, and then onwards to Romania for a bit of an outdoorsy trip that’s going to involve lots of hiking!