Hello from Canada! This month Sam and I said goodbye to Europe after almost 5 months of travel around the continent, and we boarded a flight back home to spend some time with our families over the holidays. It was bittersweet bidding farewell to Europe for now – especially considering it was still shorts and t-shirt weather in Portugal and we had nothing but blue skies! – but at the end of the day, we both felt ready to come back to Canada. Now it’s time rest up, catch up on work, and put the final touches on our travel plans for 2016. For now, here’s a look back at the month of November: 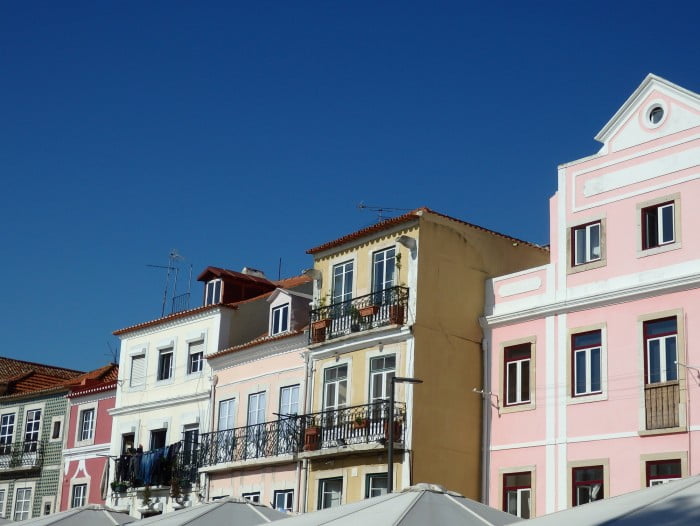 A solid week of parties at World Travel Market

Oh my, where do I even begin? World Travel Market was the funnest and most action-packed week ever. I loved attending the fair, country hopping from booth to booth, learning about upcoming travel trends, catching up with other bloggers and networking in the industry. It was a week filled with early mornings and late nights, and there was a party every single night of the week – some evenings were fuelled by mariachi and margaritas, others we played foosball and ate chilli, and then there were nights when the parties ended long after the tube had stopped running, which resulted in more incoherent adventures across London. I don’t know how I survived 7 nights of going out with little to no sleep, but I’d gladly do it all over again next year.

Sam and I spent a full week in Lisbon right after London, and after a few days of serious napping, I finally made it my mission to sample as much seafood as possible. We visited a mix of family-run eateries and trendy restaurants as we went in search of grilled salmon, pan-seared tuna fillets, and lots and lots of ceviche. My favourite spot was A Cevicheria by Chef Kiko – it caught my attention with its unique design (read: a giant octopus floating in the middle of the ceiling!), and then I tried their white fish ceviche with tiger’s milk and I just had to keep going back for more.

I’ve been home since mid-November and it feels so good to be back. I’ve been in full hibernation mode wearing furry pyjamas, drinking cup after cup of tea, and trying to do a bit of work while my cat insists on curling up right on top of my laptop. I have very few plans aside from catching up with a few friends who’ll be in town for the holidays, but aside from that it feels good to have a short little travel break.

I haven’t read anything by Elizabeth Gilbert before (not even Eat, Pray, Love), but this book came at just the right time.

Working in any creative industry – whether that be writing, composing, designing, or inventing – isn’t easy and there are days when you feel like you don’t have a single thought worth putting down on paper.

In this book Gilbert talks about her journey as a writer, how some great ideas fizzled because she waited too long, and how she pushes through the periods where the muses feel far away.

Fascinating! This is the story of Thomas McFadden, a drug trafficker who gets caught trying to smuggle cocaine out of South America and ends up spending 4 and a half years inside a Bolivian prison in La Paz…except this prison is unlike anything you’ve ever heard of.

This is a world where prisoners bribe the guards for a night of clubbing on the town, where cells are outfitted with TVs and home electronics, and where crazy backpackers come to spend the night so they’ll have a story to tell once they go back home. It’s a place where money talks and justice is rarely served.

The only thing that bothered me about the book was the ending. What happens to Thomas after his release? Does he go back to trafficking, does he return home, does he track down his Israeli girlfriend? I became attached to the character and I wanted to know how his life turned out after prison.

I’m excited to be working as a brand ambassador for one of the cutest little travel shops out there. Airportag is basically every traveller’s dream store; they have pillows with airport codes so you can bring your favourite destinations home, shower curtains that will make you feel like you’ve walked into an airplane lavatory, and t-shirts with fun slogans like ‘Jet Lag Made Me Do It’. Watch out for a giveaway in the coming months!

The days in Canada are starting to get dark and bone-chilling, so I’m happy to be getting a few days of sunshine down in the Florida Keys. I actually lived in Miami for a year when I was a teenager, but I never made it down to Key West so I’m pretty excited to be exploring this new-to-me part of the state. I’m looking forward to visiting Ernest Hemingway’s home, getting some beach time, and perhaps even trying some nighttime paddle boarding! If you have any suggestions for the Keys, I’d love to hear them!