Earlier this fall I was lucky enough to spend a solid two and half weeks travelling around Ireland. The trip started out in Dublin, where Sam and I spent a week doing as tourists do: drinking pints of Guinness, eating our fill of Irish stew and boxty at pubs, strolling Temple Bar, tracking down deer in Phoenix Park, and visiting places like the Botanical Gardens and Trinity College.

At the end of that first week, my 2 sisters and 2 best friends arrived in Dublin for the start of our Girls’ Road Trip. Sam got booted off the trip because: 1) he’s a boy, and 2) there wasn’t enough room in the car for him, so he ended up visiting Killarney, learning to play Gaelic Games, and watching the big Gaelic Football match instead. (That sounded much better than castle-hopping with a whole bunch of girls, so there were no complaints from him anyway!)

Meanwhile, the girls and I embarked on a 1-week road trip around Ireland that took us to places like Glendalough, Cashel, the Cliffs of Moher, Dingle, Benbulbin, Donegal, and a few other stops along the way before wrapping things up in Belfast. In Belfast, I said goodbye to the girls who continued down to Dublin to catch their flight home, while I spent a few more days with Sam getting to know Belfast and road tripping around Northern Ireland.

Here’s a compilation of photos from that time in Ireland:

Brick buildings and colourful fronts on the shores of the River Liffey.

A pint of Guinness a day keeps the doctor away. At least, according to my husband.

A rare portrait of yours truly. 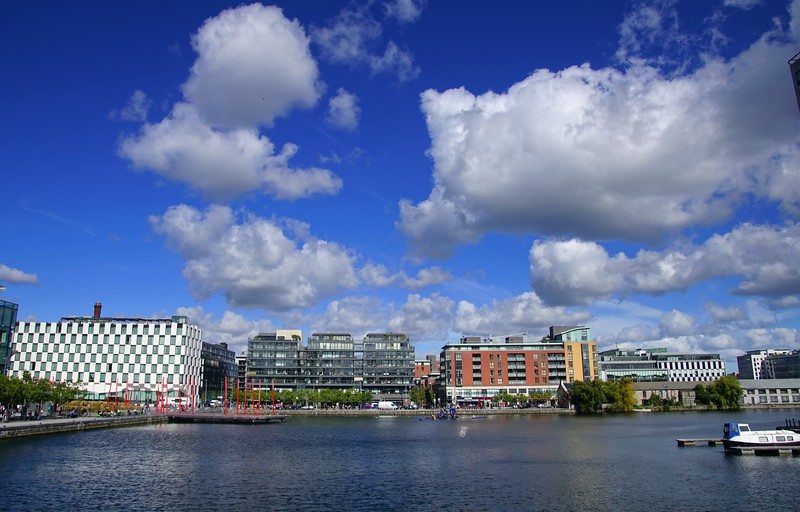 It wasn’t all rain and grey skies in Dublin (though we did get quite a bit of that!)

The Temple Bar in Temple Bar. A little confusing, I know.

Sam insisted on rocking the Leprechaun look while he was in Ireland. He grew out the red beard, bought himself a green flat cap, and ran around town putting on funny accents. He didn’t fool any locals – I frankly think the hat gave him away!

The Irish Museum of Modern Art. It doesn’t look very modern from the exterior, but looks can be deceiving.

“Lying, the telling of beautiful untrue things, is the proper aim of art.” Oscar Wilde. 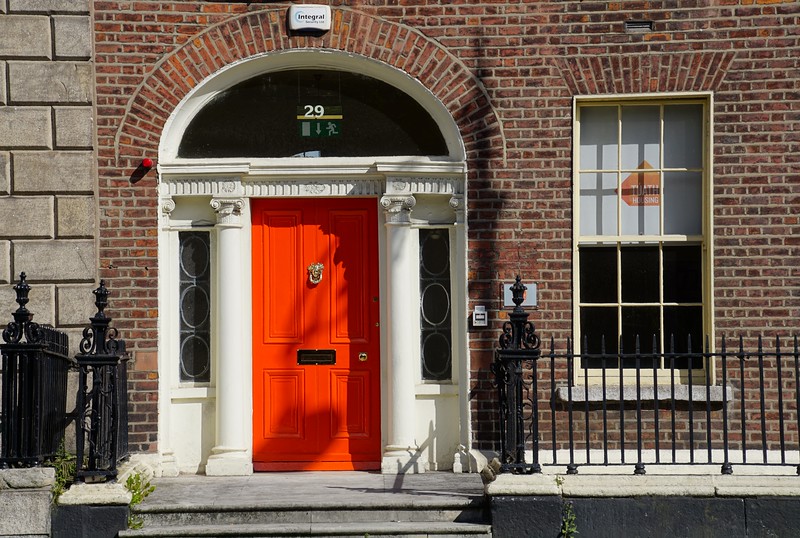 Touring the grounds of Trinity College. 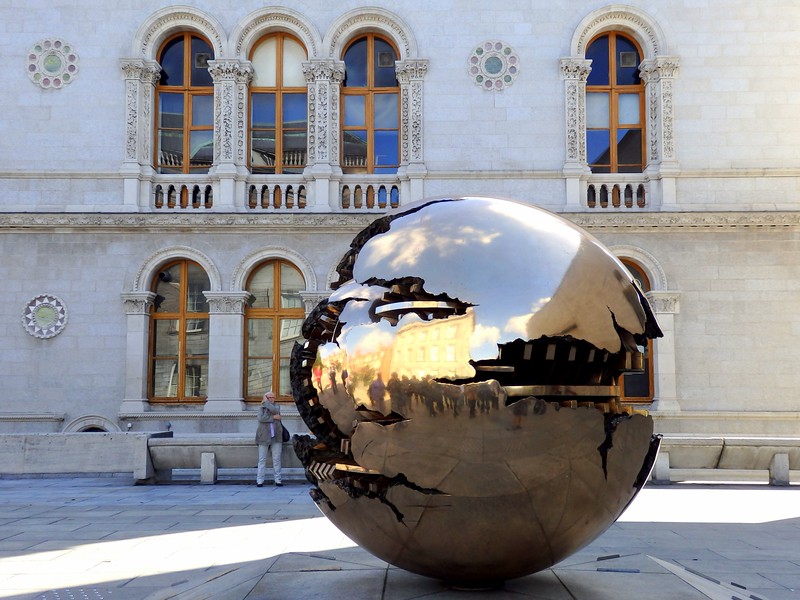 Arnaldo Pomodoro’s ‘Sfera con Sfera’, a really cool sculpture in Trinity College that reminds me of The Da Vinci Code.

Inside Trinity College Library, which tops the list as one of the most beautiful libraries in the world.

That time we saw deer in Glendalough.

The girls looking right at home. I’m not so sure I could deal with the lack of centralized heating.

Visiting the ruins of a monastic settlement in Glendalough.

The Glen of Aherlow was like a quilt of green.

Looking up inside the Rock of Cashel. 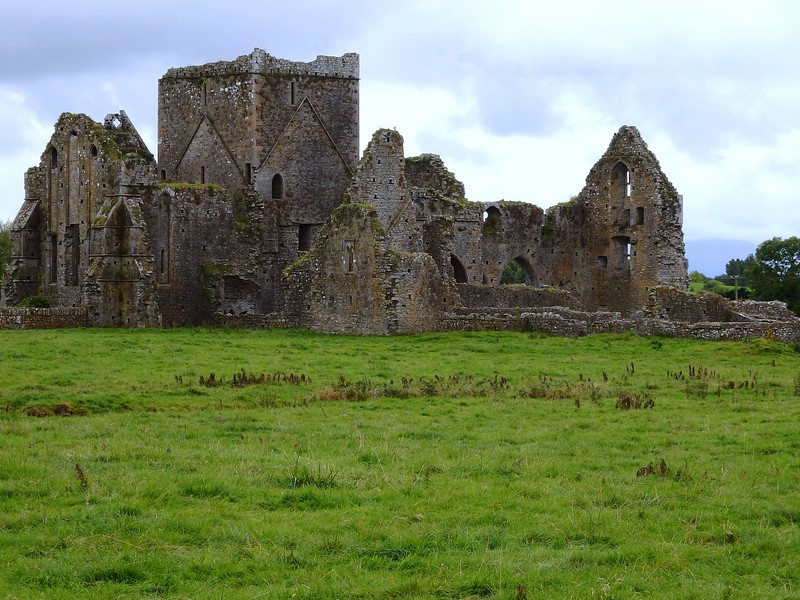 The ruins of Hore Abbey are just down the hill from the Rock of Cashel. You have to cross a few fields to get there, but it was worth the walk as there wasn’t another soul around.

You didn’t think we’d drive around Ireland and not encounter any sheep? 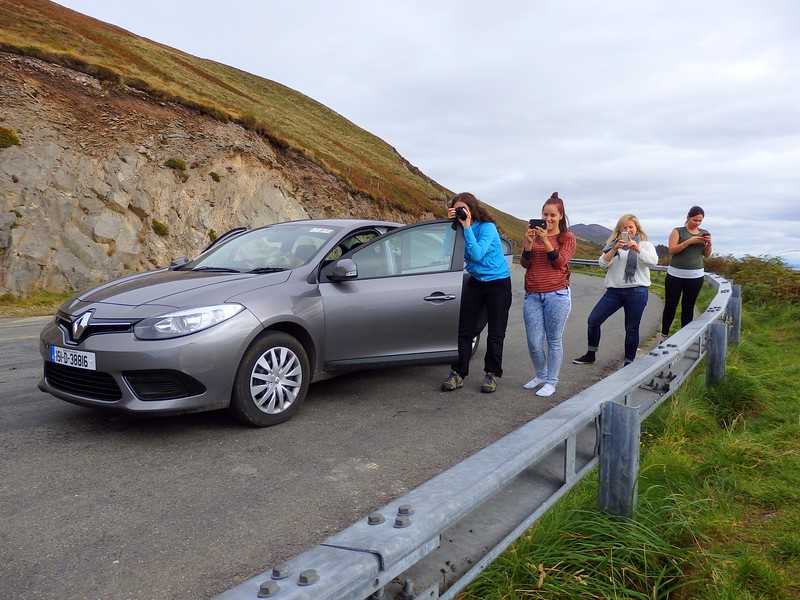 The crew. Sam got booted off our girls’ road trip, but I have a feeling he was kind of relieved seeing as our trip consisted of castles, castles, and more castles. 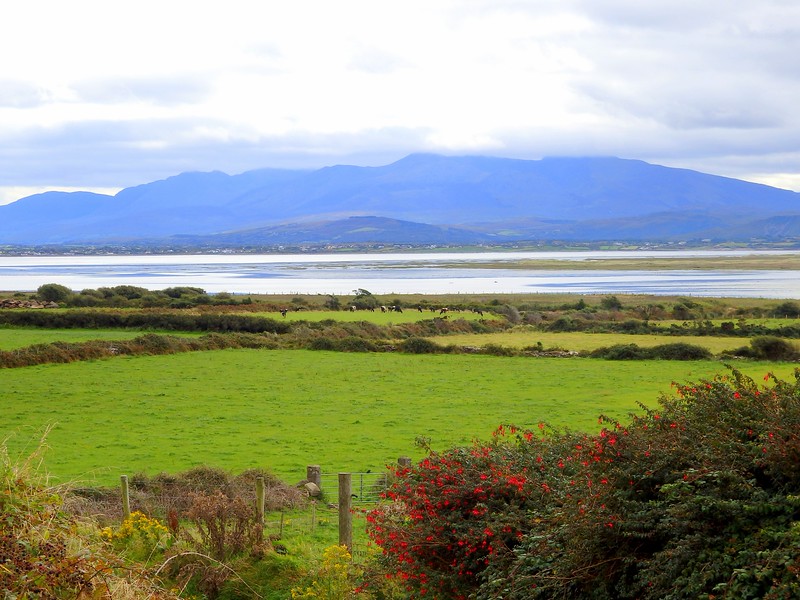 Driving Ireland’s Wild Atlantic Way. Views like these are the reason we kept pulling over every 20 minutes.

Snapping photos in Dingle Harbour, one of the cutest towns we visited on the trip.

It was a foggy and rainy day, so I didn’t get any spectacular shots, but that doesn’t make the Cliffs of Moher any less impressive. 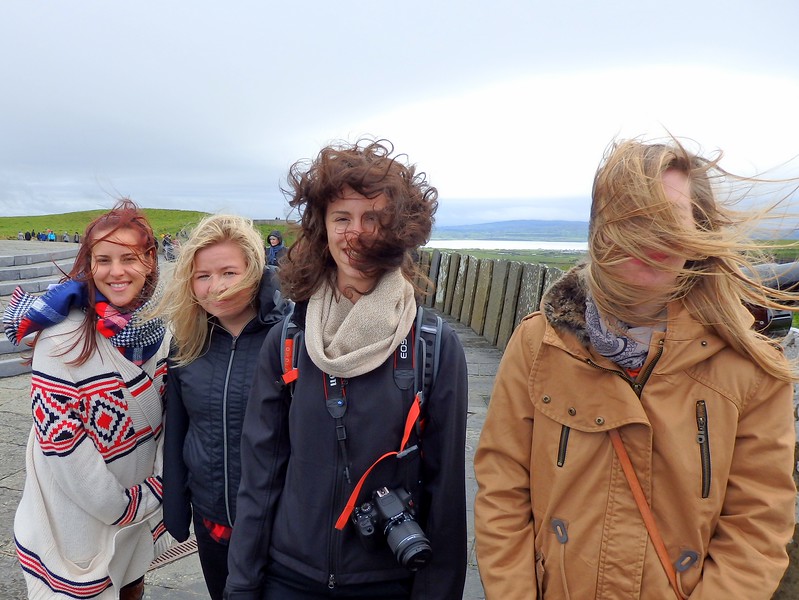 Locks-a-flyin’! It gets pretty windy by the Cliffs of Moher.

Waves rolling in on a cool autumn day.

Walking through the gardens of Downhill Demesne and Hezlett House.

The walk towards Giant’s Causeway in Northern Ireland.

Basalt columns towering over us.

One of the few group shots of the whole trip!

The water almost looked inviting…then I remembered this is the North Channel. Brrr!

This photo sums up Ireland for me. 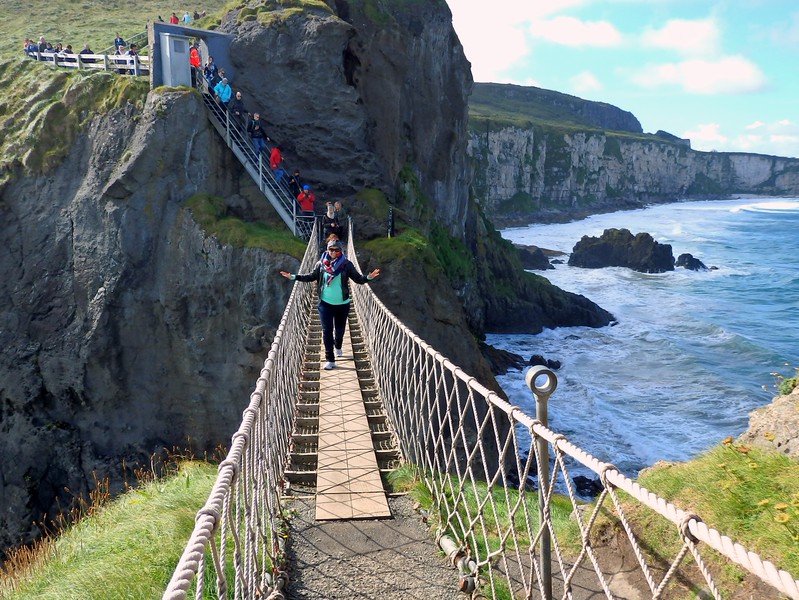 Running across the Carrick-a-Rede Rope Bridge.

A cute little cottage we rented in Bushmills. I could’ve gladly spent the whole week here. It was just a hop and a skip to the water and the views were breathtaking.

Mussenden Temple was built as a library by Frederick Augustus Hervey, the 4th Earl of Bristol, in memory of his cousin Frideswide Mussenden.

A drive through the Dark Hedges – one of the must-see places in Northern Ireland.

Even the coffee is served with a shot of whiskey.

Having my first Bailey’s Coffee. 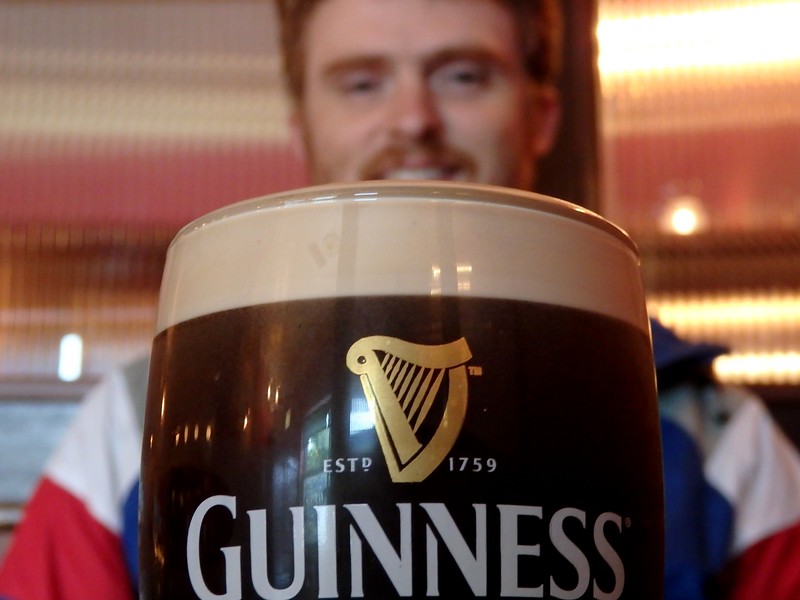 One last pint of Guinness.

And that’s a wrap!

What are some of your favourite spots in Ireland?