Edinburgh is renowned for so many unique attributes: a 13th century castle in the middle of the city. A dormant volcano and a royal palace. A medieval Old Town with strikingly beautiful architecture.

But Edinburgh also has beaches, with traditional Turkish baths and an amusement arcade. It has a historic village hidden near the city centre, and a tidal island with remnants from World War II.

You may not find these attractions on any ‘top things to do in Edinburgh’ list, but they’re worth a visit if you’d like to see some lesser-known areas of the city.

Luckily, you don’t have to venture very far to get off the beaten path in Edinburgh. 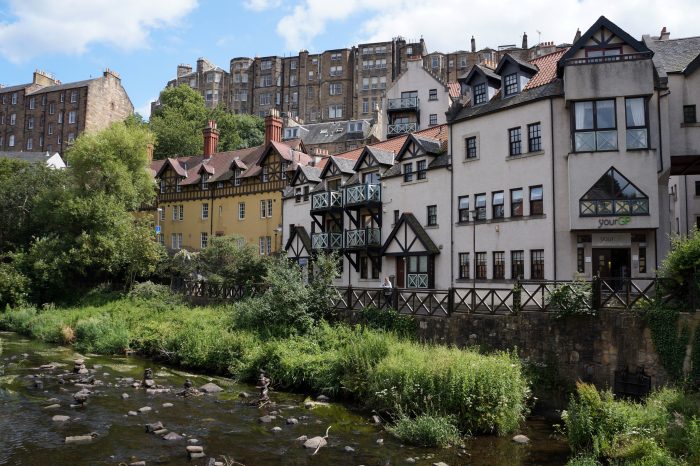 Walking through Dean Village is like stepping into another century; historically a grain-milling hamlet, Dean Village dates back as far as the 12th century. Today, the mill buildings have been converted mostly into residential flats and offices, but it’s still one of the most tranquil and quaint places in the city to wander.

Despite its secluded feel, it’s only a short walk from the West end of Princes Street – just head onto Queensferry Street and then follow Bell’s Brae into the village.

Arthur’s Seat is one of the most popular hikes in Edinburgh, but if you’re looking for a lesser-known, equally scenic walk, head to Blackford Hill instead. Located South of the city centre, it provides another spectacular view from a completely different perspective; the city skyline, the castle and the sea are all clearly visible, along with Arthur’s Seat and the Pentland Hills. Near the top you can tour the Royal Observatory – an astronomical institution which houses a historic Victorian telescope dome. 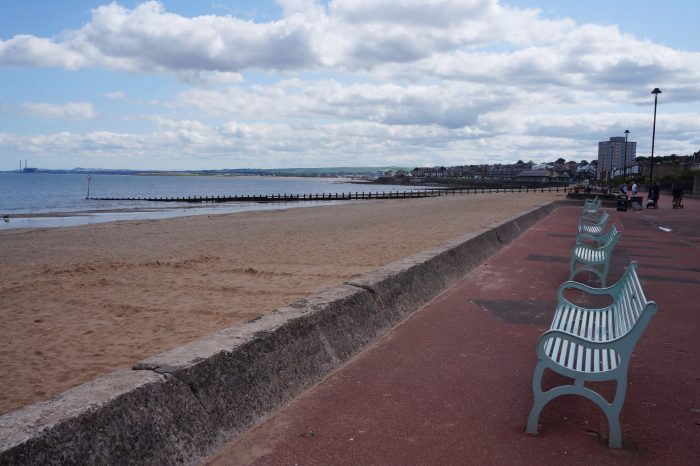 Portobello Beach is a charming seaside suburb characterized by its Georgian and Victorian-style architecture and a long stretch of golden sand.

It’s rarely (if ever) beach weather in Edinburgh, but there’s still plenty to see and do here: take a stroll along the picturesque promenade, peruse the shops on the main street, or grab dinner and drinks from one of the seafront restaurants and pubs.

Located roughly six miles from Edinburgh’s city centre, Cramond Island is a tidal island, accessible via a causeway at low tide. On the island you’ll find barracks and various other remnants from the Second World War, and fantastic views of the Forth Bridge. It’s possible to get stranded on the island, so be sure to check the tide times before visiting! 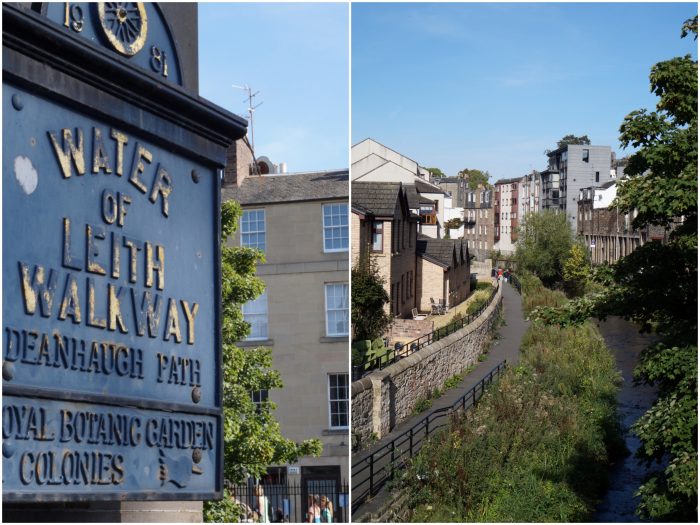 The Water of Leith Walkway

The Water of Leith Walkway runs alongside the longest river in Edinburgh, which winds through the middle of the city. Surrounded by greenery and rife with local wildlife, most sections of the Water of Leith are hidden out of sight, and it’s the perfect place to escape into a completely natural setting within an urban area.

One of the best sections of the walkway is between Dean Village and Stockbridge – one of Edinburgh’s most charming neighbourhoods – with the Scottish National Gallery of Modern Art in between. 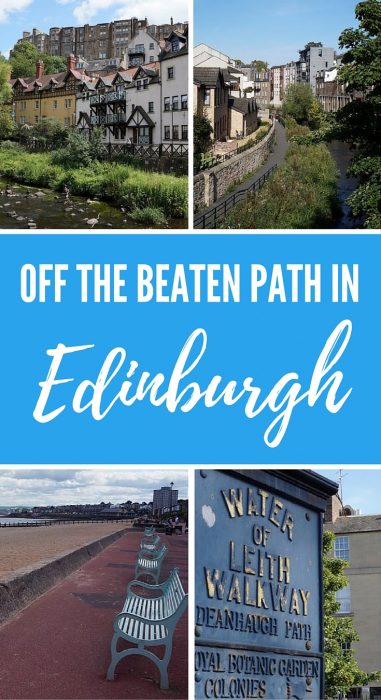 Have you been to any off the beaten path destinations in Edinburgh?