Hello from Korea! I just landed yesterday and I’m dealing with some major jet lag at the moment. Today I ended up grabbing breakfast at 3 in the morning because I couldn’t sleep any longer (thankfully, that’s easy to do in a city that never sleeps!) and then this afternoon I told myself I’d have a short 30 minute nap and then I woke up 5 hours later…ha! I haven’t done a whole lot yet, but it feels good to be back. Now let’s take a look back at July. 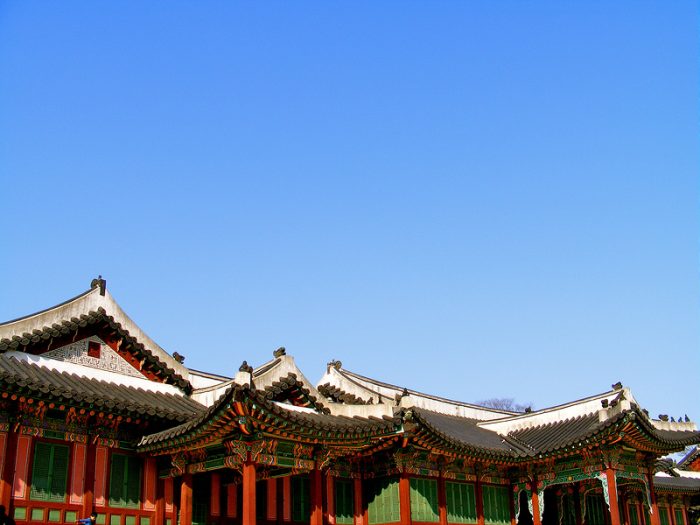 This month Sam and I celebrated our 2 year wedding anniversary as well as my 29th birthday! I’m not one for large gatherings, so both dates were really low-key but involved lots of cake and chocolate. I’ll leave you with this cute picture from our wedding day. <3

Getting featured in 5 Peruvian newspapers!

This month Sam and I noticed a huge spike in traffic on YouTube and then hundreds of new subs started pouring in. We knew something was up and then through the comments section we found out at that our channel had been featured across a whopping 5 newspapers in the span of a week! We were never personally contacted by any of these news agencies, but we were happy to see they enjoyed our Peruvian food series enough to dedicate entire articles to them.

Earlier this month we had a new writer join our team. Zach has been travelling across Central Asia quite extensively, so I’m eager to have him cover this oft-skipped region. For his first piece he shared about his recent Georgia road trip, and his photos are so beautiful they’ll have you wanting to book a ticket straight to Tbilisi. Keep an eye out for more of his pieces on the blog.

Sam and I have been talking about filming in Toronto every summer we’ve been back in Canada for the last 3 years, but this time we finally made it happen. I spent my teens and early twenties in the Greater Toronto Area, so it kind of feels like my home turf and I really wanted to showcase some of the gems the downtown area has to offer. You can see our Toronto video here.

There’s a cool contest to win a trip for 2 to Peru, and this is a great one for foodies. The 9-day itinerary covers Lima, Cuzco, the Sacred Valley, and Machu Picchu with a focus on food and cultural attractions. You can read more about Peru on a Plate and how to enter here. The deadline to enter is August 12, 2016.

Travelcuts wants you to film your travels this summer and then submit a video that takes viewers on the journey. The prize is $5000 CAD in travel credits, which would go nicely to make your next adventure happen. You can read more about the Travelcuts Film Fest here. Video submissions open on August 18, 2016.

Win a road trip across England, Scotland and Wales (OPEN TO CANADIANS ONLY)

Flight Centre Canada and Air Transat are offering a 7-day road trip for 2 across England, Scotland and Wales. You can read more about how to enter the Club Red Contest here. Note that this one is about to end, but you still have until July 31, 2016 to enter.

The Alchemist by Paolo Coelho – I like to re-read this book every few years because I feel it has such a strong message, so I brought it along when I road tripped from New Brunswick back to Ontario earlier this month. If you haven’t yet read The Alchemist, it basically tells the story of a shepherd who goes in search of his ‘personal legend’. Santiago leaves behind the stable life he once knew in the fields of Spain and goes on an incredible journey across Northern Africa were he loses his savings, finds work, learns a new language, falls in love, and is tested in more ways than one as he tries to fulfill his life’s calling. If you’re feeling stuck in life, this book might help you rethink things and give you a nudge in the right direction; I know it did for me many years ago, and its message has stuck with me ever since.

More of Seoul! We just arrived in South Korea, so there’s lots of exploring ahead. We’ll be spending most of August eating street food, going to strange themed cafes, and exploring our old stomping grounds.

Aside from that, we’ll also be taking a one week detour over to Indonesia where we’re filming a cool video project with Trip Advisor across Central Java. I’ve only been to Bali before, so I’m eager to explore a new side of Indonesia and capture it on video.

How was your July?