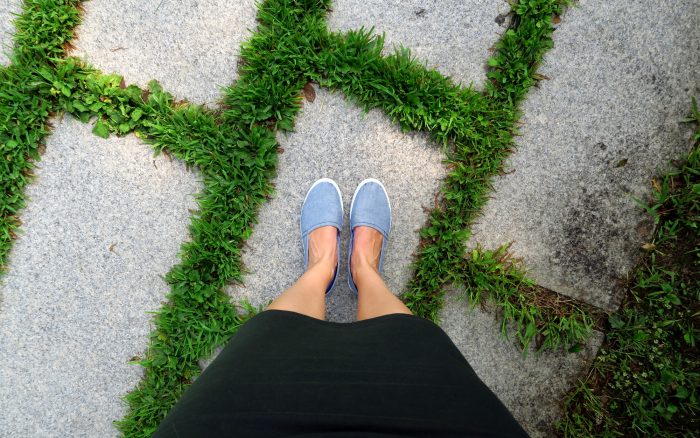 Annyeong, or hello to you!

I’ve officially been back in Korea for a week, so I thought it would be fun to do an update. If you read July’s monthly wrap up you know that we’re here in Korea to film lots of fun content for our YouTube channel – cue all the quirky cafes, strange street snacks, and unusual attractions that make Seoul so unique – however, we’re also looking forward to experiencing the country through a traveller’s eyes. That means attending kimchi making workshops, doing temple stays, and hiking Korea’s national parks; basically all the stuff we didn’t really have a lot of time for when we were here as English teachers.

To be honest, it’s been interesting being back. The first few days I was worried that this whole trip would somehow turn into an attempt to recreate the past, which is something that I don’t want. I have fond memories from my time in Korea – after all, this is where I had my first job overseas, my very first apartment, and where I met Sam – but at the same time, I have changed and the place has changed, so I want to be able to experience it in the now as opposed to looking longly at the past. Does that make sense? Anyway, those fears subsided as soon as the jet lag went away. Being back here, it has become apparent that Sam and I still have a whole bunch of new things to experience, because if there’s one thing that Korea is good at, it’s throwing surprises your way.

But let’s talk about jet lag, because seriously, this was the first time that jet lag hit me like a sack of bricks and decommissioned me for the rest of the week. I thought since my flight was arriving in the late afternoon, I’d check into my AirBnB, go straight to bed, and wake up almost on schedule…ha, that certainly did not happen. I woke up at 3 in the morning to my stomach’s loud growling because it clearly wasn’t pleased at having been denied breakfast and now lunch. I was worried I’d have trouble finding food in my new neighbourhood at this odd hour, but this being Seoul, I managed to find a local eatery serving kimchi fried rice right inside my building. Did I mention that it was 3 in the morning and there were other people eating in the restaurant?

My never ending bout of jet lag also led to some pretty odd experiences. Case in point, I used hand sanitizer as body wash for 3 days straight before I even realized what the bottle said….the writing wasn’t even in Korean. Sam and I also somehow managed to go to a restaurant, order food, eat it all, and it wasn’t until we went to pay that we realized we hardly had any money on us. We were standing at the till panicking while we rummaged through our bags and pockets trying to find enough money to pay for our spicy rice cakes. We somehow managed to piece the total together with a whole bunch of 1,000 won notes (about $0.90 USD) and more coins that the man behind the counter cared for. That could have been really embarrassing!

We now also have a sort-of stocked fridge. The other day we went to Lotte Mart where we were greeted with lots of bowing (I had completely forgotten about that!) While there we ended up grabbing spicy seaweed chips and fresh kimchi…which has now impregnated the entire fridge with its distinct odour. I also have enough noodle cups to last through the apocalypse, though my fruit and veg drawers are looking rather bare.

So what have we been up to aside from that? Well for starters visiting the most unusual cafes we can find. So far this week we went to a raccoon cafe, a cat cafe, a poo cafe, a traditional tea house, and a dog cafe where I met the sweetest whippet who came and napped on my lap for the duration of my visit. He didn’t even come and sniff me or anything; he just looked my way, decided that girl seems like a dog lover, and he hopped right up like we had been friends forever. It was the best.

I’ve also developed a bit of an evening routine. I’ve been eating spicy ramyeon cups and dumplings while I sit on the floor watching mukbangs on my laptop – that’s basically a live food broadcast where the host eats incredible amounts of food while interacting with their audience. I’ve talked Sam into doing a few mukbangs of our own while were here. I mean, we already make food videos on YouTube so we may as well eat Korean food in our new apartment and turn that into a live stream!

As for Sam’s new hobby, he’s been hanging out at the local jjimjilbang. There’s a Korean bathhouse and spa right up our street, so you can go and soak in pools, have a swim, sweat it out in the steam room, get massages, or even get scrubbed down by an ahjussi or an ajhuma. Considering no bathing suits are allowed, I’ve just been skipping out on that one for now. Sam tells me they do have other floors where you can keep your clothes on and watch Korean dramas, nap on a mat, or eat food, so I may visit one of those this weekend.

Also, can I just take a minute to tell you how hot it is in Seoul right now! I get that this country has 4 seasons, but I have never experienced such extremes. I remember winters being of Siberian proportions (never ever, have I been so cold – not even in Canada!), but then summers are like being right in the heart of Southeast Asia, even though geographically we’re not. Today, I thought I had stepped on gum because my shoes felt really funny, and then I realized the soles were just starting to melt on the pavement. How’s that for summer heat? That’s been the only excuse I need to grab a popsicle from GS25 anytime I set food outside the door.

Oh, and the last thing to tell you is that I got my first hanbok, which is a traditional Korean dress. Now, I didn’t go for a formal hanbok since those can be hundreds if not thousands of dollars, plus I wouldn’t have anywhere to wear it. However, there has been a new trend towards the casual day hanbok which is shorter, simpler, and appropriate for every day wear. Mine is pink and ruby red, so I’ll have to share some pictures soon.

That’s all for now!