The month of August is like no other in Edinburgh. Thousands of people descend upon Scotland’s capital to attend the largest arts festival in the world: The Fringe Festival. The city transforms into a whimsical fusion of street buskers, pop-up bars, food trucks, raucous nightlife, and an all-round, gigantic street party atmosphere.

This year’s Fringe Festival boasts over 3,000 shows across 294 venues throughout the city. Mainstream headliners, up-and-coming entertainers, and everyone in-between perform shows of every genre: comedy, dance, theatre, circus, live music, cabaret and musicals – to name a few. From the weird to the wacky, to the funny, touching, and downright bizarre, there are literally shows for anyone and everyone.

Between the crowds and the sheer number of things to see and do, August can be an overwhelming time in Edinburgh – but visiting the city during the Fringe Festival is an experience you don’t want to miss! 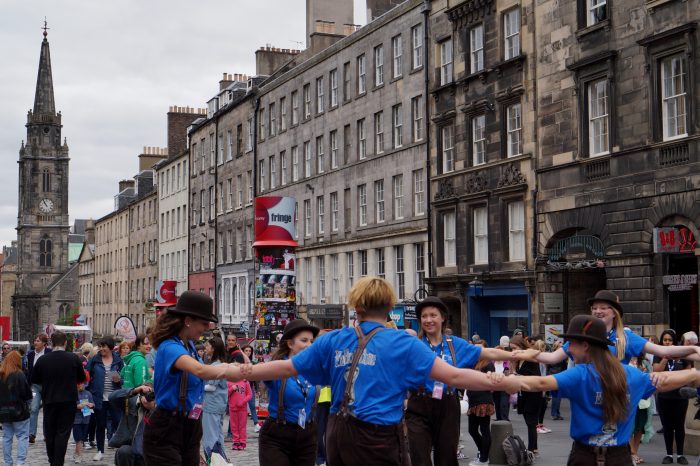 What is the Fringe Festival?

Simply put, it’s the largest arts festival in the world, with over 50,000 performances of more than 3,000 shows held at 294 venues across the city over a three week period. The Fringe Fest is an open-access festival, which means anyone is eligible to register and perform.

When does it take place?

Every year in August for three weeks – starting on the first Friday of the month, and ending on the last Monday.

This year, it runs from August 5th to the 29th.

Where are the venues?

All over Edinburgh! There are literally hundreds of venues – everything from traditional theatres to university halls, pubs, churches and pop-up theatres. (Check out the venues map here.)

Some of the larger venues and main hubs of activity include Assembly George Square Gardens, Pleasance Courtyard, Gilded Balloon, and Underbelly.

How much does it cost? 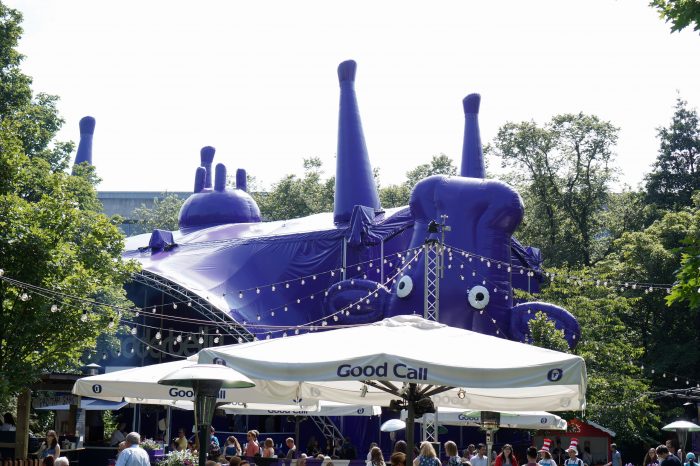 Deciding what to see can be one of the most difficult and overwhelming aspects of attending the Fringe, so consider the following tips to help narrow down your options. 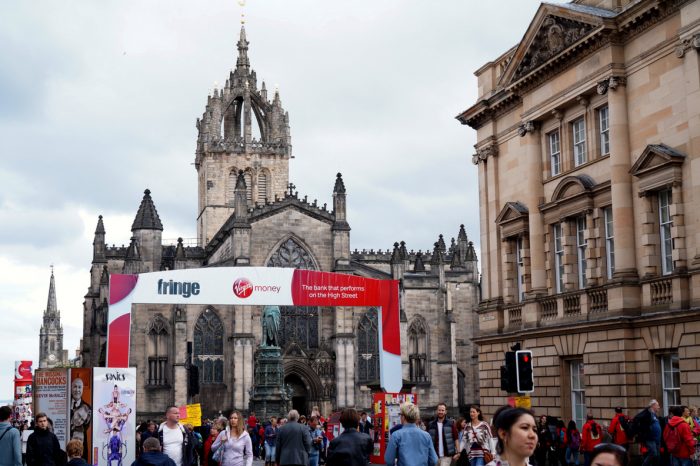 The Fringe Festival Website. The official Fringe website (edfringe.com) is the easiest and most convenient website for browsing shows and booking tickets. (An additional booking fee is charged when using this site.)

The Fringe Box Office. This is the main box office, located on The Royal Mile (180 High Street). You can visit for general information about the festival, purchase and collect tickets, and buy Fringe souvenirs at this location.

The Fringe App. This app is perfect if you’re wanting to book tickets on the go, and to see a list of the shows on offer each day. You can also use the ‘nearby now’ feature to see what’s happening near your current location. (An additional booking fee is charged when booking through the app.)

Half Price Hut. Visit the Half Price Hut on The Mound for discounted tickets to shows playing that day. The Hut is open for sales and ticket collections starting the second week of the Fringe.

Ticket Collection Points. Tickets can also be purchased and/or collected from Fringe collection points and a number of venues across the city. 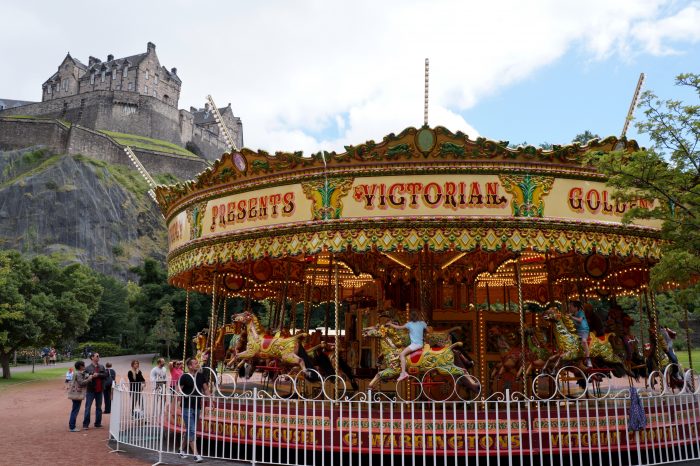 Take advantage of free shows. PBH’s Free Fringe has a programme filled entirely with free shows happening every day of the festival. Many venues, such as The Laughing Horse and Paradise Palms, host free shows frequently over the course of the month.

Cheap eats. Pop-up food stalls and trucks can be found all over the city – especially in George Square Gardens, St Andrew Square, and along The Royal Mile – and it’s easy to grab inexpensive street food from these vendors.

Discounted shows. Weekday shows tend to be a bit cheaper than shows on the weekend, and 2-for-1 tickets are often available throughout the first week of the festival. Preview shows are also offered a day or two before the festival officially starts, and they can be up to 50% cheaper. 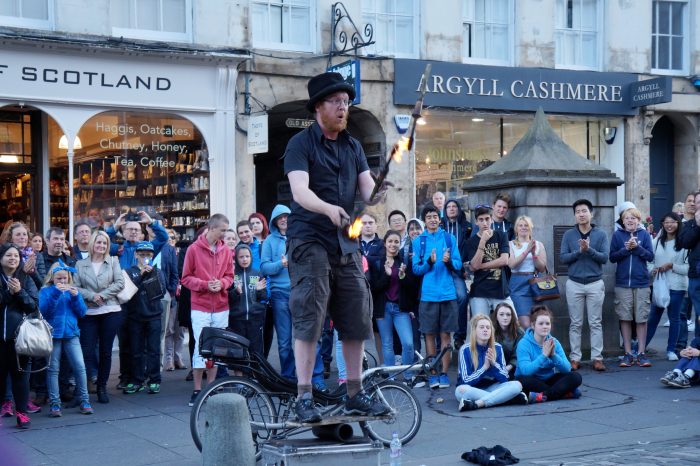 Be prepared for all weather conditions. Despite the fact that the Fringe Fest is held at the height of summer, the weather can be unpredictable, and it’s not uncommon to experience the equivalent of all four seasons within a span of 24 hours!

Book accommodations in advance. Accommodations sell-out quickly in August, and the prices skyrocket during this time. Book as far in advance as possible, and consider alternative accommodation options, such as camping at The Royal Highland Centre, Homestay, Couchsurfing, and student dormitories.

Know where to go to escape the madness. If you need a bit of peace and quiet during the Fringe, head to some off-the-beaten-path spots in city, like Portobello Beach or Blackford Hill.

Are you heading to the Fringe Festival this year?
What tips would you add for Fringe first-timer’s?