When it comes to finding cool things to do in a new city, I tend to browse all sorts of mediums. I like to read articles other bloggers have written, I collect pins of places that catch my eye on Pinterest, I look through the top rated attractions on TripAdvisor, I ask friends who’ve been there for recommendations, and if I’m going to a particularly tricky destination I also tend to browse the Lonely Planet Thorntree forums. I’m open to new ways of discovering a place, which is why when the folks over at Triposo contacted me to see if I’d like to try out their app, I agreed to put it to the test.

What’s there to love about Triposo?

Triposo is a travel app that can help you with the pre-planning stages of your trip as well as the on-the-ground stuff once you reach your destination. They have a world app, where you can find pretty much any city in the world, in addition to different country apps for more popular destinations filled with everything you need to know….and did I mention that it is completely free? With my upcoming trip to Seoul, I downloaded their South Korea app and put it to the test on the city streets.

Visual approach to planning a trip

So one of the things that drives me nuts about Pinterest is that people like to share photos of really cool places, but more often than not, there’s little to no information on the destinations they’ve pinned. How am I supposed to find these places?!

This is one area where Triposo excels because once you select your city, they have a tab filled with photos of the top attractions in that particular destination. If you have an idea of the places you want to visit, but you don’t necessarily know the name of the site, you can browse through these photos, and then when you find a place that catches your eye, you can tap on it, which in turn opens an entry with information like: the name of the attraction, directions on how to get there, hours of operation, a link to their website, and a brief summary of the place.

Since I had already visited many of the main attractions in Seoul (I’m talking about all the palaces!), I used this feature to browse some interesting museums that I had never been to before. This is how I ended up at the War Memorial of Korea and the National Museum of Korea, and coincidentally stumbled upon the National Hangeul Museum. I also ended up visiting Building 63, which is a place that I had biked past, but never really stopped to visit. If you’re looking for panoramic views of Seoul from up above, you’ll want to add this place to your sightseeing list. 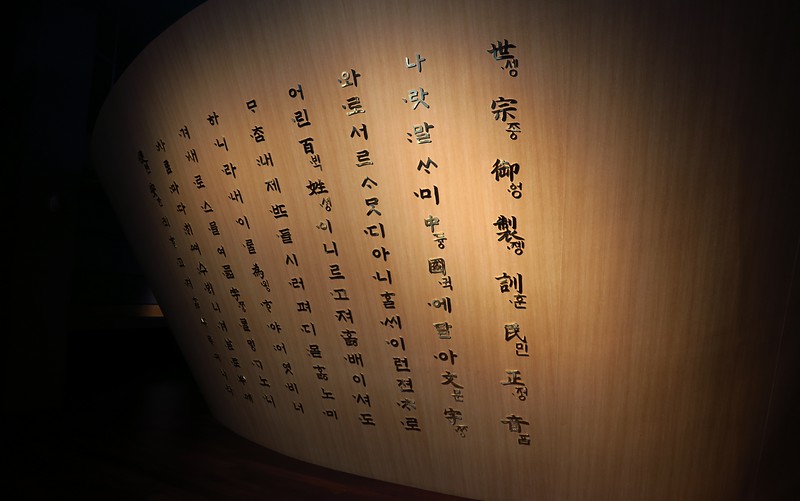 An introduction to the local food

So, I remember that when I first moved to Korea back in 2012 I knew next to nothing about Korean food! Seriously, my first time ordering bibimbap I poured my broth into the bowl and added all of the side dishes into the mix because I didn’t realize you were supposed to eat everything separately. Kind of embarrassing!

Well, Triposo has you covered because they have a ‘Food’ tab that lists all the typical dishes you might expect to find in your destination, along with pictures and descriptions so that you know exactly what you’re eating. Their list has upwards of 100 dishes on it, so it’s more complete than any blog post I’ve ever read before.

I thought I knew my Korean cuisine fairly well, but I ended up finding a whole bunch of new dishes to try like: rabokki, a snack made from rice cakes and ramyeon; bibim naengmyeon, cold buckwheat noodles served with a spicy chilli paste and broth on the side; and bingsu, a shaved ice dessert with sweet toppings which is my new favourite summer dessert!

Another cool thing about this app is that it has a series of city walks that allow you to explore different neighbourhoods in Seoul while hitting up sights and attractions that you may not know about along the way. These city walks have been contributed by fellow travellers and they are quite varied. For Seoul, you can find everything from “Seoul Highlights” to a “Folk Walk” which takes you on a cultural walk of Seoul’s ancient side.

This same tab also gives you a list of guided walks you can book online through tour providers like Viator and Get Your Guide. Some of the ones that caught my eye include: a “Korean Food Walking Tour with BBQ Lunch”, a historic tour of “The Shadows of Imperialism Era”, or for something a little spookier the “Dark Side of Seoul Evening Ghost Tour”. I’m really interested in doing the last one, but I’m saving it for early autumn; you would not believe the humidity in Seoul at the moment!

Handy tools you need on the daily

The tools section is another handy feature for travellers in a new destination. Here you can do currency conversions (from dollars to Korean won, in my case), have a look at the weather forecast, and pick up some useful phrases that you might need on your visit to Seoul.

Could anything be improved?

Will I be using Triposo again?

Absolutely! I used it for my recent visit to Yogyakarta and Central Java last week – two places I knew very little about! – and it came in just as handy as it was in Seoul. This one’s a keeper!

If you’d like to try out Triposo on your next trip, you can download it for iPhone or Android FOR FREE!

Do you have a favourite travel app that you use on your travels?