Steeped in history, legend and surrounded by the sea, South Devon is a destination that definitely shouldn’t be missed on any trip to England! From rugged landscapes, to picturesque coastal scenes, and quaint little villages, here are some of the top picks of things to see, do and eat in South Devon:

Dartmoor, much like the lake district, is a National Park situated in the South West of England. A rugged landscape populated by ponies, sheep and cows, it’s the perfect place to go hiking or soak up a little bit of history. Lakes, prehistoric tombs and pine forests dot the landscape in an area that’s just under 1000 km squared. The area is even home to the infamous ‘Dartmoor Prison’, which was built and used during the Napoleonic wars with France.

Have you ever looked at a place and thought: ‘just how exactly was that built?’ Well, Brentor definitely qualifies as one of those places. Atop an extinct volcano and high above the village below, sits a granite church. Although the church is often mis-sold as ‘the smallest church in England’- this claim is unfortunately already taken by Culbone church in Somerset. 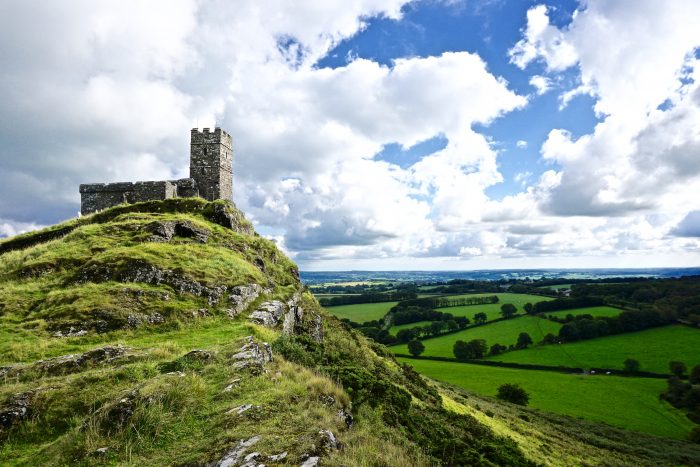 Haytor is a must see for any first time visitor to Dartmoor. Home to one of the most famous Dartmoor tors (tors are rocky outcrops of granite that dot the Dartmoor landscape), it’s the perfect place to start your Dartmoor adventure with a picnic and short hike.

Also situated near the base of Haytor lies a somewhat hidden lake. Leftover from the days when the granite at the base of Haytor was quarried, it’s a tranquil spot where you can snap a photo or two or just sit back, relax and enjoy a good book. 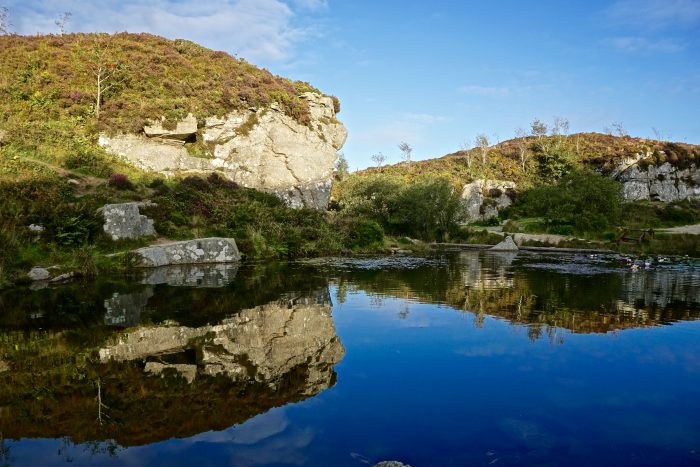 Devon is a county of land and sea. So it goes without saying that it would be a crime to visit the area without giving the coastline and surrounding sea at least a little look. Not only is the area full of unusual plants and flowers, but if you bring some binoculars, you may even spot a seal or two sunbathing on the rocks just off the coastline. Here are some of my top picks of sites along the coast:

Bigbury-on-Sea, like many of the best beaches in the area, is located in the South Hams region of South Devon. One of only a handful of tidal islands that surround the UK, Bigbury-on-Sea is home to a golden sandy causeway and Burgh Island. 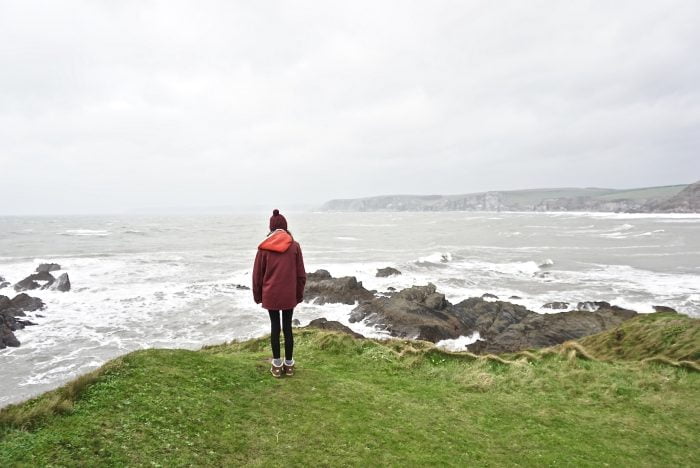 If you’re looking for a perfect coastline hiking spot in South Devon, then you need look no further than Kingswear. Turquoise water, jagged coastal paths and the occasional spotting of a seal or two, when hiking here, you often have to remind yourself that you’re still in the UK! 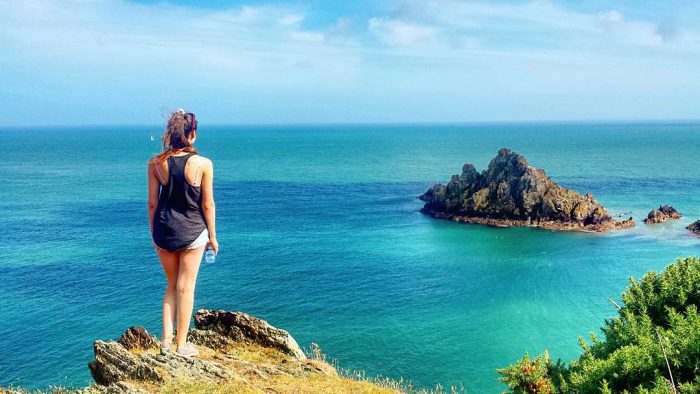 The South of Devon is littered with small towns and villages dating back to time immemorial. Whether it be a trip to a seaside town to sample some fish and chips or a stroll around unique boutiques and a pub lunch, there’s something for everyone.

Ashburton is a stannary town located in the South of Dartmoor. One of only a handful of stannary towns in the area, these were places where the area’s tin mining administration took place. Today, the town is filled with boutique clothing stores and quirky antique dealers. Ashburton also happens to be the perfect place to pick up one of the region’s specialities, the cream tea (a plain or dried fruit scone with cream, jam and a pot of tea to wash it all down).

Salcombe is a popular summer destination for locals and tourists alike, and it’s not hard to see why. Complete with candy coloured houses and the kind of narrow lanes that you’d only expect to find in England, the town is the perfect place to pick up a generous portion of fish and chips and spend an afternoon getting lost in.

The town is also home to the oldest sweet shop in Devon, Cranch’s Sweet Shop. This pink shop, first opened in 1869, is decorated a little bit like a candy; think pink stripes and oodles of cuteness! 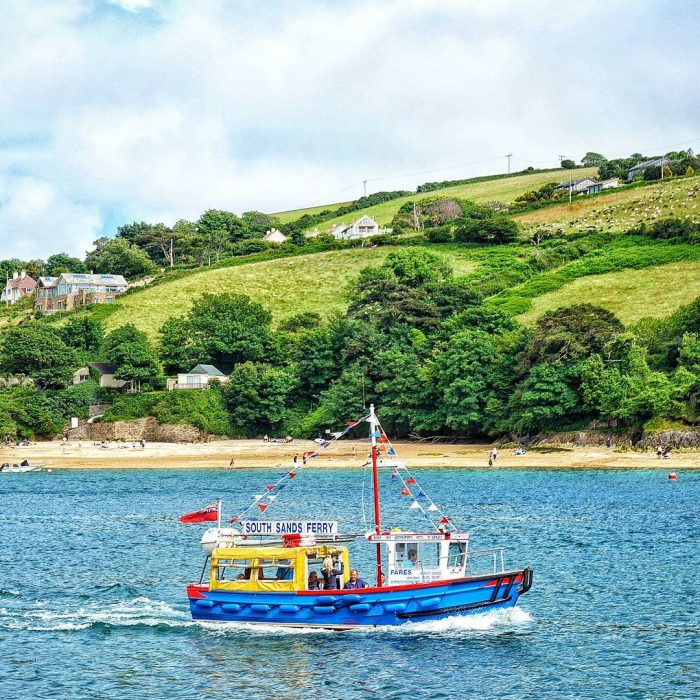 Have you been to South Devon?
Are there any other places you’d recommend in the area? 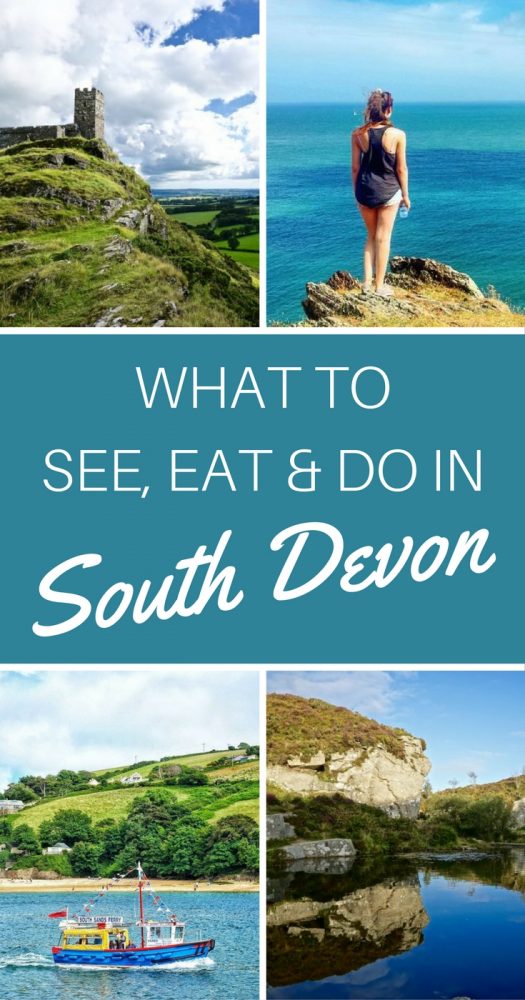