What is Slovak food, exactly? Perhaps you’re familiar with a few of the country’s national dishes, like bryndzové halušky – a rich potato dumpling and sheep cheese concoction; or maybe you have no idea what Slovak food consists of – other than a whole lot of meat and potatoes.

Like most Central European countries, Slovak food is heavy and hearty: potatoes, cheese, dumplings, and meat are prominent in most dishes, and animal fats and butter are used in lieu of cooking oils. Cabbage is another staple ingredient, served in the form of sauerkraut alongside main entrees. The cuisine is greatly influenced by neighbouring countries – especially Hungary, the Czech Republic, and Austria – and dishes vary by region.

The following are a few of the best dishes I ate in Bratislava, most of which were introduced to me by Daniela, the lovely guide of a food tour called Taste Bratislava – which I’d highly recommend for any first-time visitors, or anyone looking for a delicious introduction to Slovak cuisine. 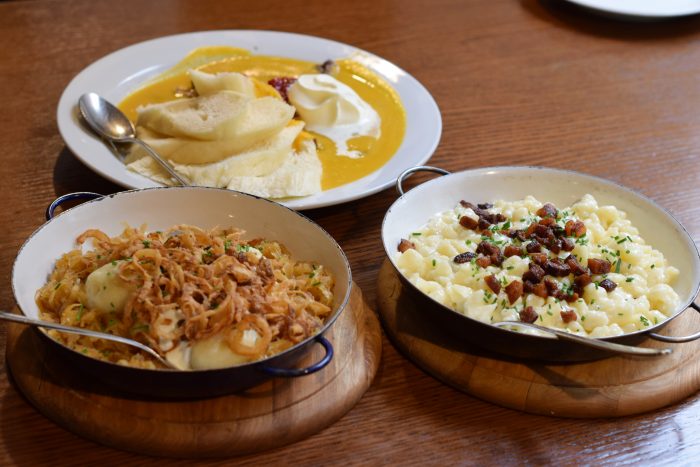 Often touted as the country’s national dish, bryndzové halušky is a hearty dish of small dumplings made from potato dough, mixed with a traditional Slovak sheep cheese (bryndza) and topped with fried bacon. 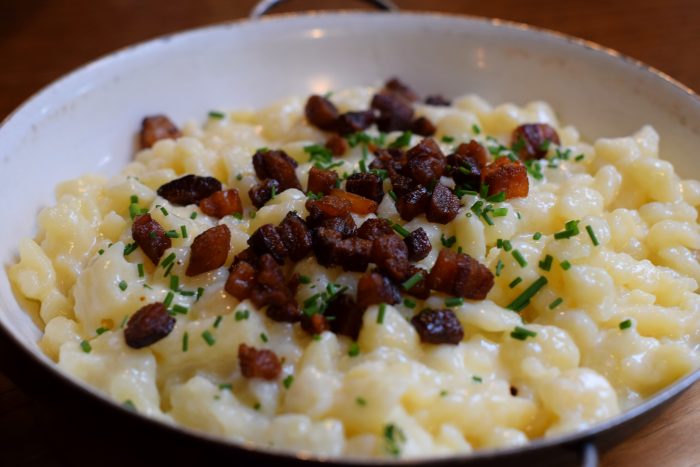 This Czech-influenced dish consists of braised beef in a cream-based sauce made with carrot, celeriac root, parsley root, onion, heavy cream, and spices. It’s topped with a scoop of whipped cream and cranberries, and served with steamed bread dumplings.

The beef is tender and the sauce is flavourful, characterized by a hint of sweetness. The bread dumplings are soft and slightly heavier than regular bread, and perfect for soaking up any excess sauce. 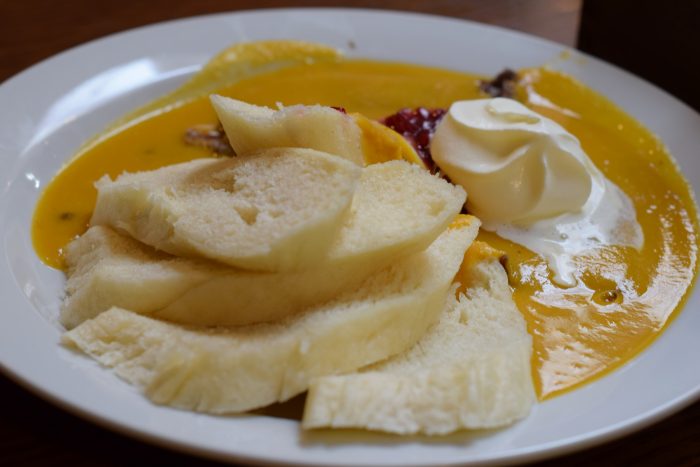 These round potato dumplings are hollowed in the centre and filled with smoked meat – generally pork –  and served with a heaping portion of sauerkraut. This particular restaurant also added extra toppings of crispy fried onions and a large dollop of sour cream, which made for a delicious medley of contrasting textures and flavours.

Surprisingly, the sauerkraut in this dish was actually sweet, which, Daniela explained, is a very traditional way to prepare it – as opposed to the typical sour cabbage most people are accustomed to. 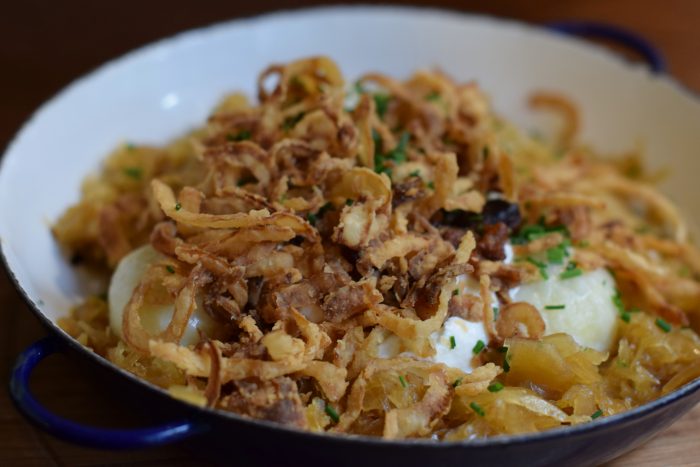 You’ll find this soup served one of two ways – a clear chicken broth with pieces of toasted bread (and smoked meat and potatoes are also sometimes added), or as a creamy version topped with a large handful of shredded cheese. I had the creamy garlic soup with thick, melted cheese throughout, served in a hollowed, homemade loaf of bread. 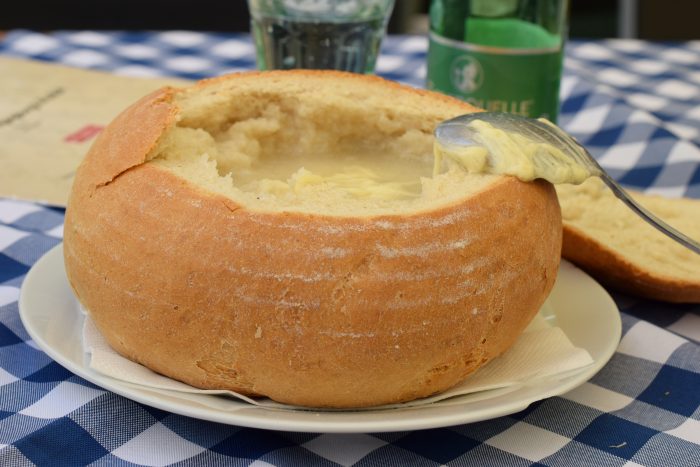 Bratislava rolls are one of Slovakia’s most popular sweet pastries. They’re crescent-shaped, made with sweet dough and filled with poppy seeds or walnuts. The exterior can be browned and glazed, or dusted with powdered sugar.

I opted for the poppy seed filling, although the walnut variety is equally delicious. They’re light and flaky, and not overly sweet; it’s the perfect type of dessert to accompany a heavy meal. 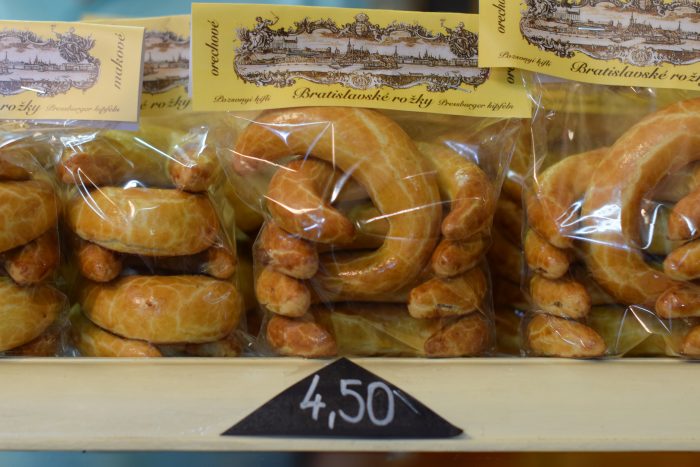 Have you tried Slovak food?
What’s your favourite Slovak dish?