Did you know there are loads of castles in South West England?

There are few places in the UK with as much variety as the South West of England. From rugged coastlines to windswept national parks, there’s something for everyone in the region, and that something includes castles – lots and lots of castles.

Yes, not only is the South West of England famous for good food and even better photo locations, but it’s also full of ruined castles, functioning castles and everything in between.

Here’s your complete guide to the best castles in South West England you definitely won’t want to miss! 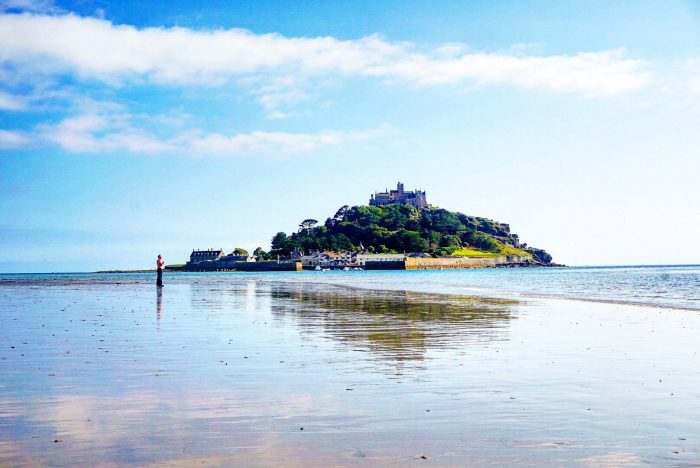 Separated from land by the sea, the conical tidal island of St Michael’s Mount rises up, dominating the surrounding landscape. And if the name reminds you of Mont Saint-Michel in Normandy, France then you wouldn’t be entirely wrong. The island originally belonged to the same order of monks who lived and worked on St Michael’s Mount’s much older and larger sibling.

Although the current castle/fortress was founded in the 14th century, evidence points to human habitation on the site dating back as far as 6000 years. Today, you can visit the castle which is now a family home. Points of interest include a mummified cat, spectacular tropical gardens, and a working portcullis.

The nature of the tidal island means that if you visit at high tide, you’ll have to pay a couple of pounds to take the boat across to the island. Visit at low tide and you’ll be able to walk right across the bay and see the castle that way.

Just one look at pictures of this castle is enough to send shivers down your spine. Here are the crumbling walls and an aging shell of what was once a grand family home built on an original fortified castle. If you did feel the chills, it shouldn’t come at all as a surprise because Berry Pomeroy Castle, which is situated a little way from Totnes, is supposedly the most haunted castle in England.

The site has been fortified since the 11th century. From then on, it operated as a fortified castle with many soldiers and guards. All this despite the fact that its strategic position – on the top of a hill and in the middle of nowhere – meant that it was never likely to be attacked. During the 17th century, the Pomeroy family began extensive renovations to modernize the castle into a home. They partly succeeded and today you can visit the unique blend of country home meets castle.

Just a short drive from Berry Pomeroy Castle (around ten minutes), lies another unusual castle. The castle of Totnes is one of the best-preserved surviving examples of a Motte and Bailey Castle and was founded shortly after the Norman conquest of Britain in 1066. 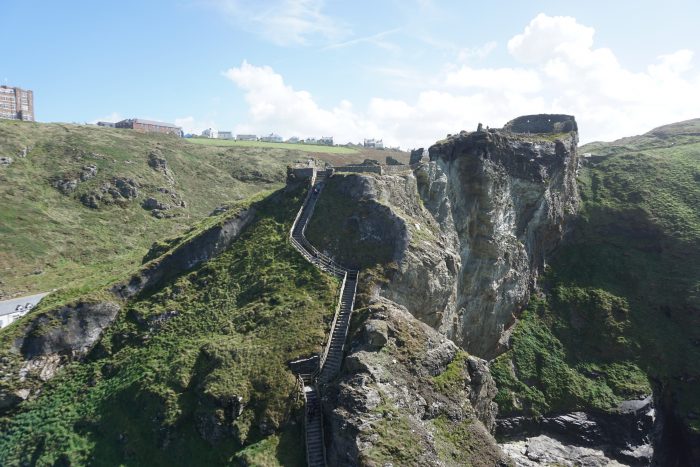 Rumored to be the birthplace of legendary King Arthur, Tintagel should be at the top of every medieval buff’s bucket list! Yep, and when I say ‘King Arthur’, I do mean that one from knights of the round table and Merlin. Whether this really was the birthplace of the great king or not remains a mystery. However, one thing remains clear: situated atop of a particularly perilous set of cliffs in Northern Cornwall lie the ruins of this once grand castle.

It’s thought that the amount of buildings in this early settlement once numbered around 100. Now all that remains are crumbling walls and the feeling that something grand once stood here.

What are your favourite castles in South West England?