I’ve been struggling to write about Kathmandu for the last two weeks. I initially wanted to share a travel guide highlighting places to visit, where to stay, local foods to try and so on – basically, everything that goes into preparing for your trip – but after spending some time here, I feel like covering only that would sweep a lot of things under the rug. 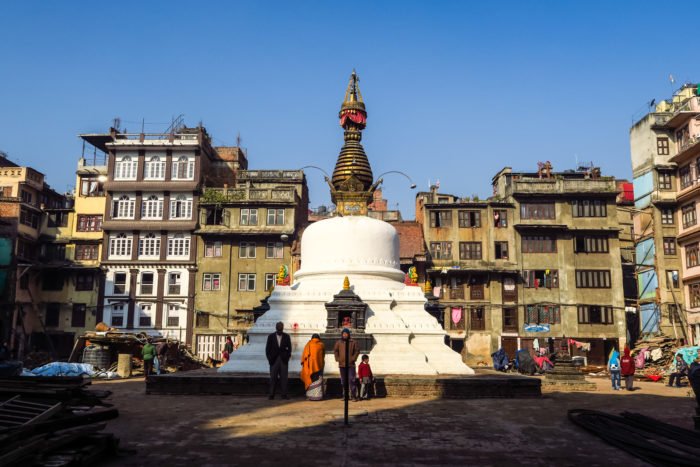 Kathmandu is unlike any place I have ever visited and I spent my first few days here with bulging eyes and mouth agape. This is a city with beautiful treasures and some of the kindest people I’ve ever had the privilege of meeting, but it’s also a city in extreme poverty that was ravished by an earthquake not too long ago. While tourists are out and about (though in lesser numbers than before), the city is still trying to put itself back together, and that makes it a bit of a strange time to find myself here.

These are just a few of my scattered thoughts from what I’ve seen and experienced in Kathmandu. I’ll start with some of the lighter stuff:

Kathmandu is a magical place that will get under your skin. This is a city where you see the resilience of humanity, the kindness of people, and the strength to move forward. It’s not an easy place to visit – it’s certainly not somewhere you’d go for a restful holiday – but it’s a place that rewards curiosity, openness, and conversation. Right now, Nepal needs tourism to rebuild, so if you’re an adventurous traveller, I urge you to go and see it for yourself.

Have you visited Kathmandu?
What were your impressions?