Oh, Cape Town! Is there a city with a more beautiful skyline?

This was our second time back in Cape Town, so while Sam and I had done a few of the highlights, there was still plenty left to see, eat and do!

This time around we tacked on one week in Cape Town after our trip to Stellenbosch thinking it would be enough, and then halfway through our stay, we found ourselves trying to change our tickets to see if we could stay a bit longer! Let me tell you, it’s not every day we do that, but this place has a way of getting under your skin. Alas, the airline wanted a small fortune, so we had to bid our farewells sooner than we’d hoped, but with the clock ticking we also set out to make the most of our time in the city.

The following is a list of some of my favourite experiences from our week in Cape Town, with a focus on some fun yet under-rated activities and attractions that you may not have even known were available in the city. A few of these were certainly a surprise for me, so let’s dive right in!

Get your sugar fix at Honest Chocolate

Yes, we are kicking things off with chocolate because who doesn’t have a sweet tooth?

Honest Chocolate is a small artisanal chocolate company that’s all about using organically produced ingredients and simple old-school methods to create some of the best chocolate around. We dropped by their shop on Wale Street for a chocolate tasting (and some coffee!) and we had a delicious time sampling a mix of chocolates and bonbons. 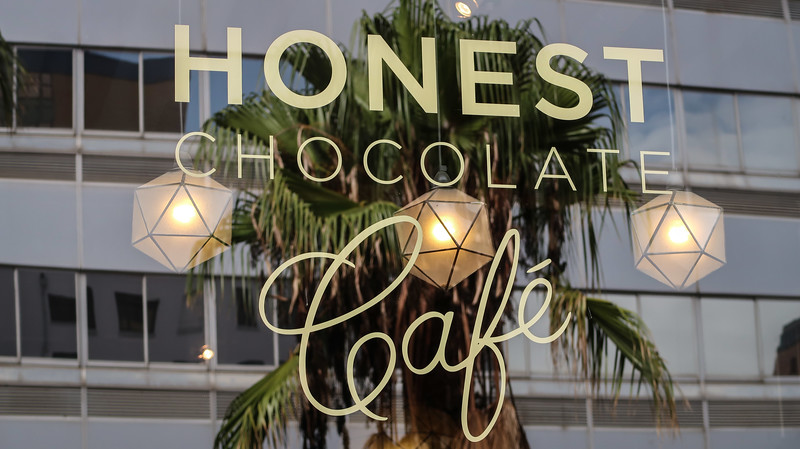 They had some unique creations with salt from the Kalahari Desert, cracked coffee beans, and Ghanaian pepper. I’ve always thought of myself as a milk chocolate person, but pure raw organic chocolate really does take things to a whole different level.

Also, their sign outside says they’re “Honestly the best” and who am I to argue with Honest Chocolate?

Do a gin tasting at Hope on Hopkins

Once we’d had some chocolate, it was time for gin! You always hear so much praise for South African wine, but why not gin? It also deserves some love and attention.

I discovered my love for gin last year while travelling in Scotland (I still can’t believe I hadn’t tried gin before that), so I was more than a little excited when I heard there was an artisanal gin distillery in Cape Town – the first one in the city to be precise.

Hope on Hopkins is located in Salt River, which is a suburb of Cape Town, and they offer fun tastings in a casual setting. In total, we sampled 4 different gins including London Dry Gin, Salt River Gin, Mediterranean Gin, and Lucy’s Last of the Summer Wines.

This last one was a limited edition summer wine-gin made by soaking end of harvest Petit Verdot grapes in a batch of their London Dry Gin, which turned out pink and just as delicious as it looked!

Hope on Hopkins opens their distillery tasting room on Saturday afternoons between 12:00 and 5:00 p.m. and they also host a Gin Experience the first Wednesday evening of every month. You can find more details about this right on their website.

Eat lunch with a view at The Granary Cafe

If you’re a Capetonian then you already know the newly opened Silo Hotel is all the rage, but for the out-of-towners, this place may not yet be on your radar (or your guidebooks) and it should be!

The grain silo first opened in 1924 and for many decades it was at the heart of Cape Town’s industrial and agricultural development, but when it shut down in 2001, it sat forgotten by the waterfront…except it couldn’t be forgotten by locals because it was a giant eyesore!

Well, the former grain silo recently opened its doors again and it has undergone quite the transformation! It now houses a luxury hotel known as The Silo, The Willaston Bar, The Granary Cafe, The Silo Rooftop, and lastly, the Zeitz Museum of Contemporary Art Africa (MOCAA) which is set to open in September 2017.

I missed the museum opening by just a few months, but what I did do was have lunch at The Granary Cafe and that was amazing! For starters, you get some great views of Signal Hill and the V&A Waterfront, plus the food is delicious. I ordered their salmon ceviche and also had some of Sam’s parmesan risotto and both dishes were mouthwateringly good. 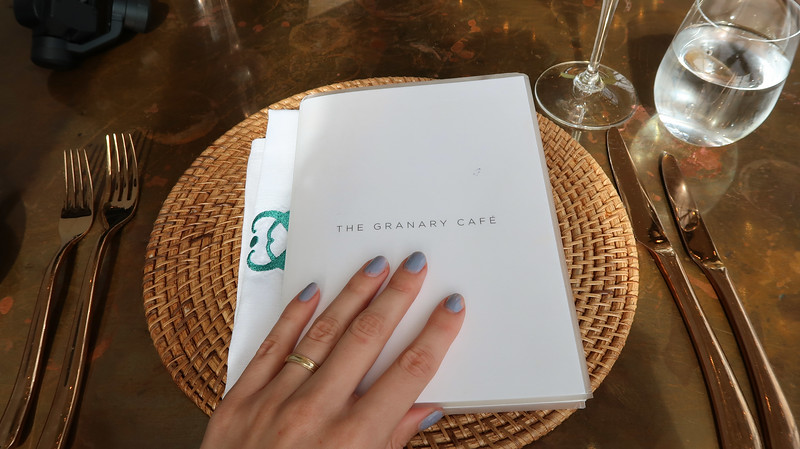 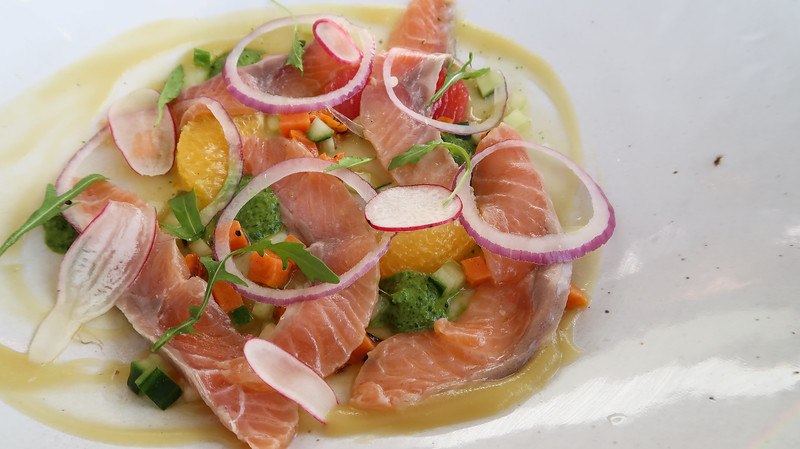 And I know what you’re thinking, this place is probably outside of my budget, but you’d be wrong! Each of our meals was under $10 USD at the current exchange rate and you can’t beat the setting or the views at that price.

If travel is my first passion, food is a close second…though that line tends to ebb and flow. Either way, these were some of my favourite restaurants and local eateries around town:

Biesmillah – Great for Cape Malay food – we had the Bobotie and Mutton Curry.

The Company’s Garden Restaurant – Nice spot for brunch right in the gardens.

The Granary Cafe – Already wrote about this one above, but you can’t go wrong with their risotto.

Royal Eatery – Gourmet burgers that “make your soul tingle and your dreams come true”. Their words, not mine!

Bardelli’s – All about Italian food – I loved the Puttanesca.

I don’t even know what to call the contraption in the photo below, but apparently that’s a scooter…it’s certainly unlike any scooter I’ve ever seen! These Swiss designed scooters are used in the Alps during their summer season, and they’ve also made a bit of a splash in South Africa with Scootours offering tours in destinations across the country. 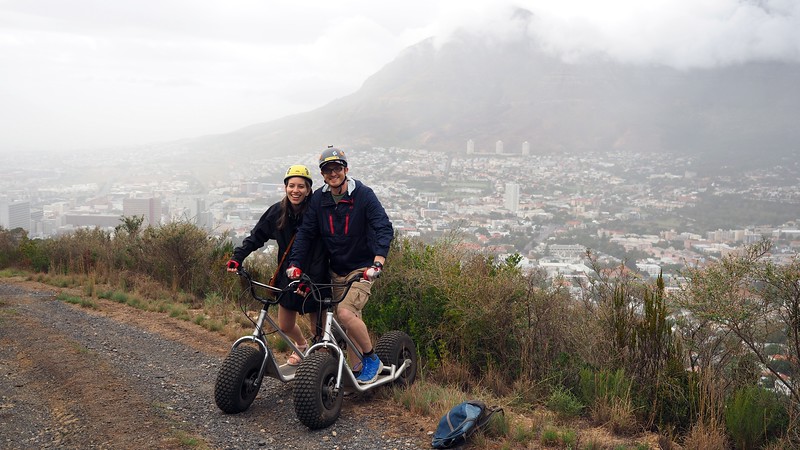 On a rather cloudy morning, our group drove over to Table Mountain, where the plan was to do a scooter run down the side of the mountain, however, the fog was so thick that we had to adjust our plans and head over to neighbouring Signal Hill instead…not that anyone was complaining, because Table Mountain sure looked moody and daunting! 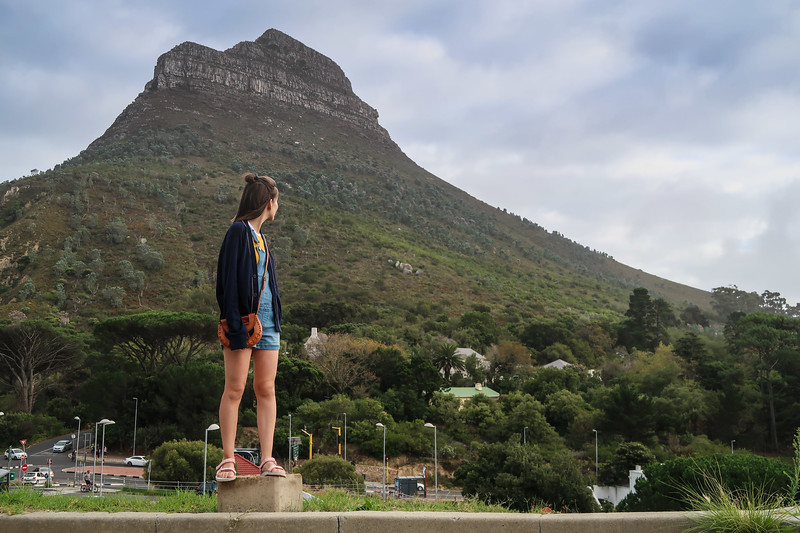 This turned out to be a hilarious tour, mostly because we were all a little wobbly on the scooters. I can’t remember the last time I set foot on a scooter, let alone rode downhill on a steep and rugged trail, so this made for some great comedy. I just remember that at one point towards the end of tour, we all felt like we had found our confidence so we were taking photos and videos of each other zooming down the hill…or so we thought. When we played the videos back over lunch, we were all hollering because we had these super adventurous faces on, but we were crawling!

Our snail’s pace aside, this was a really fun activity, and as for the videos, we just sped everything up!

Get lost in Kirstenbosch Botanical Garden

If there’s one place I would say you have to visit on your trip to Cape Town, it’s the Kirstenbosch Botanical Garden. I really enjoy being out in nature so I tend to visit gardens in every city I go to, and I have to say, Kirstenbosch is one of the most beautiful botanic gardens I have seen in the world!

Because it’s set on the eastern foot of Table Mountain, you have these vast gardens on a slight slope that leads your eyes up the rugged mountainside. The views seriously can’t be beat! I was apparently too distracted by the beauty of this place because I hardly snapped any photos, but Sam did capture one of me walking down this tree-lined tunnel.

Another cool feature of the garden is the Canopy Walkway, also called ‘boomslang’ meaning ‘tree snake’. This curving wooden walkway winds through the treetops, offering some amazing views. I know this isn’t necessarily an under-rated attraction in Cape Town, but it’s a little out of the way so a lot of visitors miss out on it, which is a shame. Take an Uber!

While in Cape Town, we got a 1-day City Sightseeing bus pass with the idea that we’d try and cover some of the harder to reach attractions in and around the city, and we did exactly that…until we saw that there was also a Wine Route!

After a week in Stellenbosch, we certainly weren’t planning on visiting any more vineyards or wineries, but that wine route was just too tempting! Off we went… 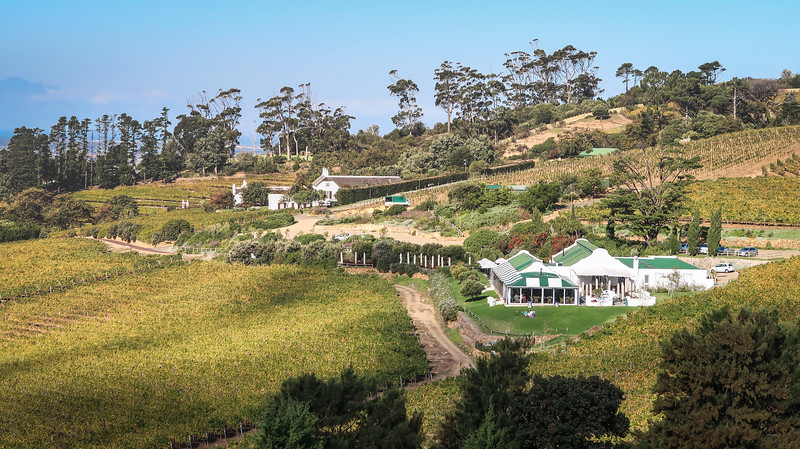 The City Sightseeing Wine Route covers 3 different wineries including Groot Constantia, Eagles’ Nest and Beau Constantia. Now, sadly we discovered this wine route pretty late in the day, so we couldn’t hit up all three wineries, but we did make it to Beau Constantia where we sampled their signature white and red “Pas de nom” which ironically means “nameless”. The story goes that they tried to name the wine after the farm manager, Japie Bronn, but he humbly declined and so the wine ended up with no name, quite literally.

We sampled 4 different wines in total while feasting on a platter of deli meats, cheeses, chutneys, and crackers. When they tried to offer us a spittoon, we politely declined, so that’s how the rest of our afternoon was spent until it was time to catch the last bus back to Cape Town.

Tour the Cape Peninsula by sidecar

So technically this isn’t something to do in Cape Town, but it’s an easy day trip from Cape Town, so I think it fits on this list.

Sam and I had done a Cape Peninsula bike tour on our first visit to Cape Town a couple of years back, but the weather had not been on our side so we felt like we missed out on some beautiful scenery. When we came back, we decided to do that trip again and this time we did it in style…aboard a sidecar! 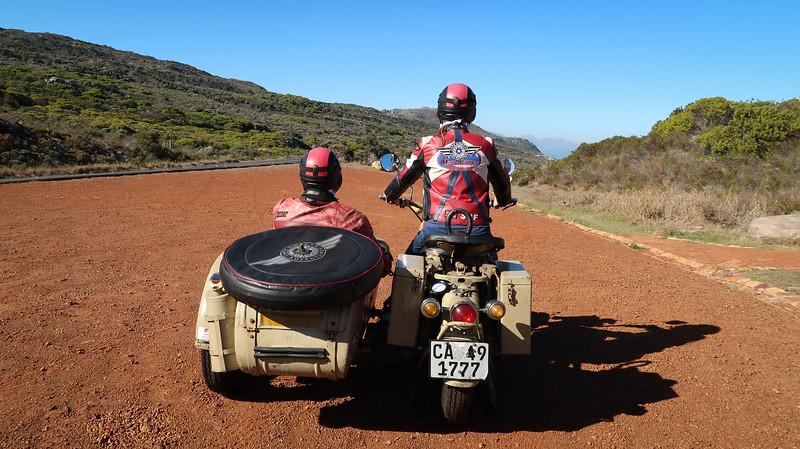 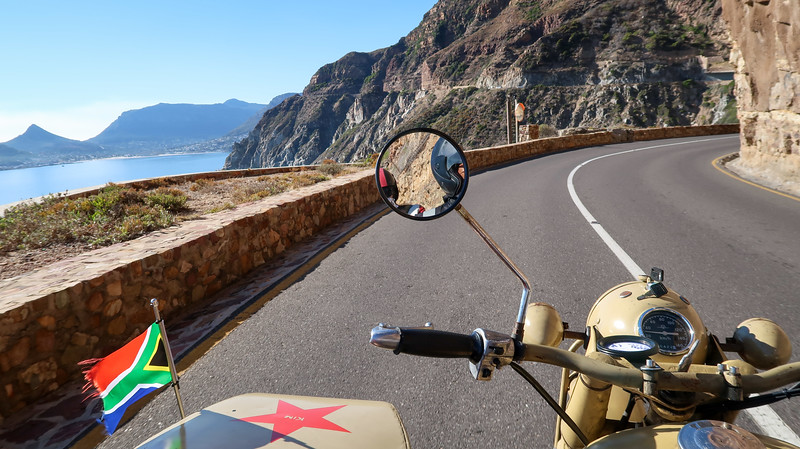 Wind whipping our faces, our route took us to a lookout point over Muizenberg, Cape Point Nature Reserve, Simon’s Town, Boulders Beach, Chapman’s Peak, and Camps Bay. And guess what? We had nothing but blue skies and sunshine all day long!

As a heads up, Cape Sidecar Adventures also offers tours in Cape Town (if you feel like cruising around the city) and the Cape Winelands, as well as customizable tours. You can read more about our Cape Peninsula sidecar tour here.

And those are a few of my suggestions for some fun yet lesser-known things to do in Cape Town. Whether you’re a first-time visitor or a repeater who just can’t stay away from Cape Town, I think these are some great activities that are easy to sprinkle into your own itinerary, so feel free to pick and choose as you see fit. For a look at everything we did in Cape Town, there’s a video below. And say hi to Cape Town for me!

Any other underrated things to do in Cape Town you’d add to this list?