When you begin to plan your travels for winter, it can be tempting to escape the cold and head to warmer climates, but these 10 escapes will prove to you that embracing winter can be just as fun as escaping it. 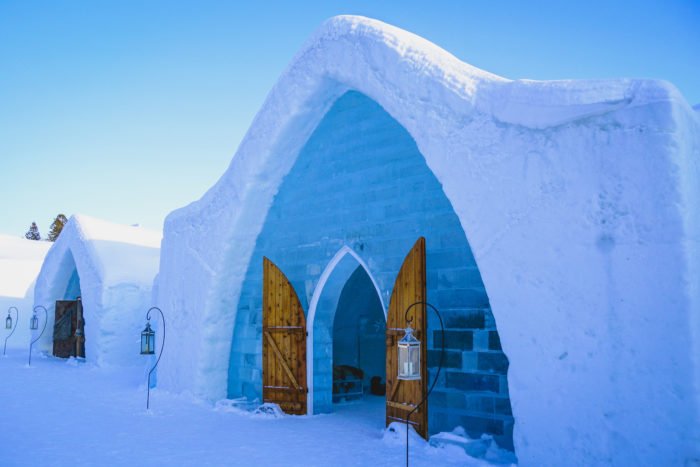 Quebec City is a beautiful place to head this winter. The city will transport you another world and with an average snowfall of 400 centimetres per year, it’s a veritable winter wonderland.

One of the best reasons to head to Quebec City in winter is the Quebec Winter Carnival. There’s an ice palace, dogsled races, snow sculptures, canoe races on the river, and a night parade.

If you’d rather hit the slopes, you can do that in Quebec City, too. The city has four nearby resorts, Mont-Sainte-Anne, Le Massif de Charlevoix, Le Relais Centre, and Stoneham Mountain Resort where you can ski and snowboard no matter what your level.

Head to the Bavarian Alps region of Germany this winter and you’ll think you’ve walked straight into a fairytale. There are castles, medieval towns, and snow-capped mountains everywhere you look. You can go dog-sledding, bob-sledding, snow kite-surfing, and even grab a pair of snowshoes and explore the mountains on foot.

The area is packed with ski resorts including several sites that were host to the Winter Olympics such as Garmisch-Partenkirchen. Beginners should head to the family-friendly Luttensee ski area. 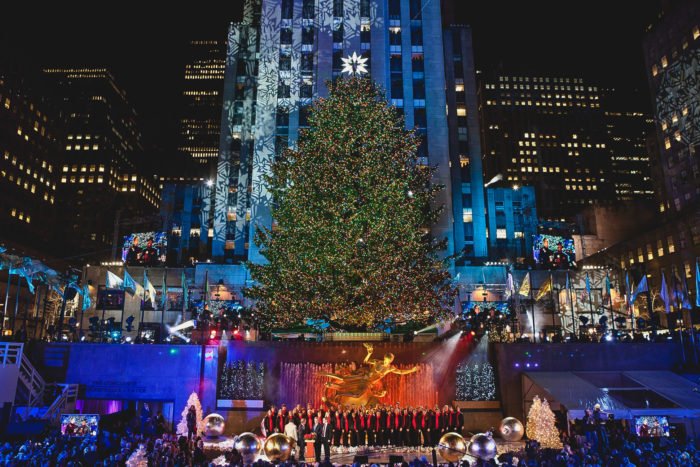 New York City is a wonderful place during the winter. Enjoy the holidays here with all of the Christmas markets, the tree in Rockefeller Center, and beautifully decorated department store windows along the Holiday Walk. It all really gets you in the holiday spirit.

New York City is nice after the holidays, too. Go ice skating in Central Park, take a winter walk through the New York Botanical Gardens, and then warm up with a cup of hot chocolate at Serendipity or Cafe Sabarsky.

Many come to Jackson, Wyoming in winter for the exceptional skiing and snowboarding. The area gets tons of powdery snow each winter, making it a haven for experienced skiers. While Jackson, Wyoming may be known for its excellent ski resorts, there’s something even more fun to do there during the winter months.

You can take a ride through the National Elk Refuge on a horse-drawn open sleigh; tuck yourself underneath one of the thick, fleece blankets to keep warm. The refuge is home to thousands of elk and the park itself is surrounded by mountains, making it absolutely stunning. 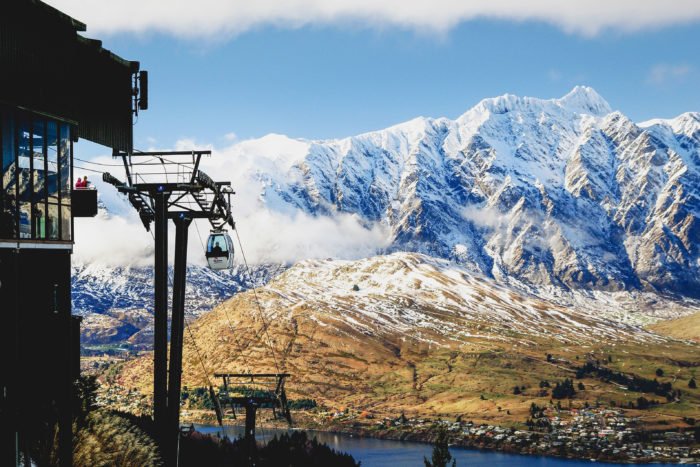 Other fun snow activities to try include dog-sledding and snowshoeing. Since Queenstown classes itself as the adventure capital of the world, you may also want to try out a little bit of winter skydiving or bungee-jumping, just be sure to bundle up!

The Patagonia region of Argentina is beautiful no matter what time of year, but snow-lovers should plan a trip to the region during the winter months when you can enjoy the purest air and the sparkling, snow-covered Andes Mountains.

Mount Catedral in Nahuel Huapi National Park is one of the biggest ski regions in South America. Not only does it have slopes for skiers and boarders of every ability, but it also has hotels, spas, shopping centres, and tons of great Argentinian restaurants. And while you’re there, be sure to try the beef, it’s some of the best in the world! 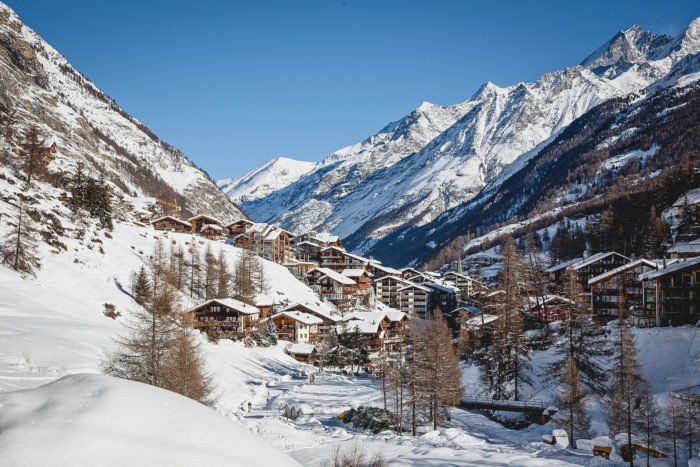 If you want to get away from the hustle and bustle this winter, head to the car-free resort area of Zermatt, Switzerland. It is the best place to view the iconic Matterhorn and it’s also a world-class ski resort area. It’s located in the southern region near the border with Italy.

The resort area also has several places where you can go ice skating and practice your curling skills. You can even rent snowshoes and head out to explore with a guide.

Niseko, Japan is known around the skiing world for its very dry, light, and powdery snow. It gets an average of 15 meters of this famous snow every year, making it the holy grail for those that love to get off-piste and plot their own trail.

If you want to enjoy the snow, but aren’t much of a skier, there are tons of other ways to enjoy the powder in Niseko. You can go snowmobiling, cross-country skiing, snowshoeing, or head to the hot springs – called onsen in Japan – to warm up from the cold. Many of the onsens are outdoors and offer incredible views of the surrounding mountains. 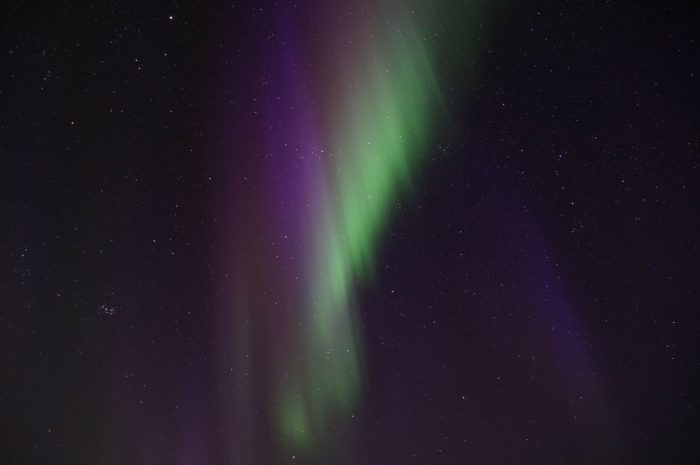 Abisko is nearly as far north as you can get in Europe by train. It’s located in Swedish Lapland and is a place for serious winter lovers. For several weeks between December and January, the sun doesn’t rise at all. This makes it the perfect place to try to see the Northern Lights.

When the sun shows itself again, it’s also a wonderful place to go cross-country skiing. There is a national park with lots of trails where you can snowshoe. You can also head to one of the many dog-sledding places in Abisko to experience the wind in your hair and hopefully not anything from the dogs in your face.

Park City, Utah is the place to come to enjoy a variety of snow sports. Both residents and visitors love this city for all of the outdoor activities you can take part in during the winter month.  You can go skiing, snowboarding, cross-country skiing, fly fishing, ice skating, dog-sledding, snow biking, snowmobiling, and tubing.

The city is also home to great restaurants, high-end hotels and spas, and plenty of delectable drinking establishments where you can head for some apres-ski.

Do you like to embrace or escape winter?
What are some of your favourite winter getaways?