I jolted in my seat as the five cloaked mystics slapped their palms to the ground and rose in unison. The entire room was silent and you could feel an inexplicable energy in the air.

Here I was sitting in a 550-year-old hammam in Istanbul filled with several hundred people, about to witness a spiritual dance so private yet intriguing.

I was here to see the famed Sufi whirling dervishes spin themselves into a trance-like state in what is known as a Sema Ceremony, a whirling dance that is said to free the soul from worldly affairs and elevate it closer to God. 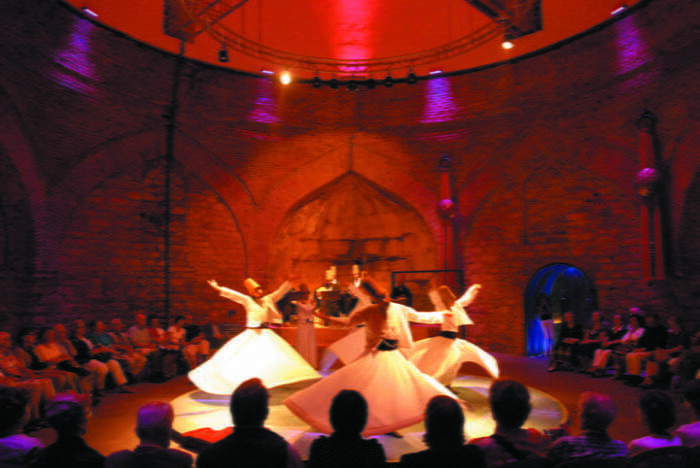 The ceremony began with an ensemble playing an array of musical instruments I had never seen nor heard before. Cloaked in black, the dervishes emerged and made their way to the middle of the room. There were bows, slow footsteps and muttered prayers, but the entire experience was a mystery to everyone watching as there was no narration explaining what was happening.

Slowly, one by one the dervishes began to whirl themselves into position. It began with a gentle spin counter-clockwise which gained momentum as they raised their arms into the heavens, and their skirts slowly began to flair and rise.

I almost felt like a bit of an intruder to be watching someone undergo a spiritual journey before my eyes, yet at the same time, it was the kind of thing where I couldn’t stop looking. It was fascinating. 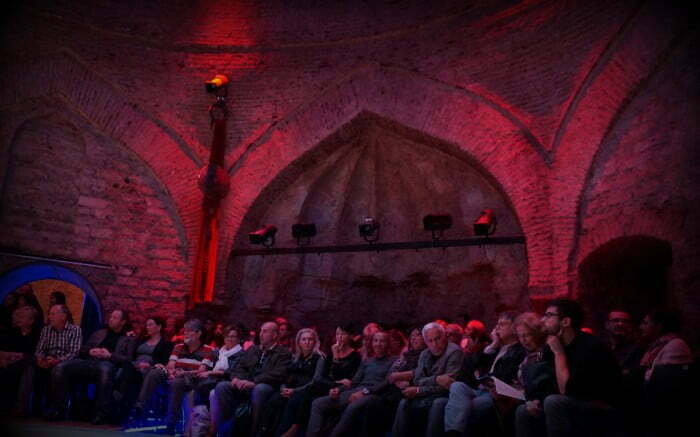 History of the Whirling Dervishes

To give you a little background information, the whirling dervishes I saw perform that night were part of the Mevlevi Order, a Sufi order that was founded in Konya, Turkey back in the 13th century.

While today you can see the dervishes perform this dance known as the Sema Ceremony in public, this wasn’t always the case.

The Mevlevi Order spread during the Ottoman period, however, their practice was banned in 1925 soon after Turkey gained its independence from the Ottomans and became a republic. During this period, the whirling dervishes were viewed with suspicion and their tradition was forced to go underground. It wasn’t until 1954 that Sufi dervishes were given partial rights to perform in public again; this was primarily done as a draw for visitors to Turkey.

Today the Sema Ceremony is a part of the Masterpieces of the Oral and Intangible Heritage of Humanity by UNESCO. With over 800 years of heritage, the tradition is regarded an important piece of Turkey’s heritage and the ritual is taught by universities and cultural organizations as a way of preserving the history and transferring it on to the next generation. 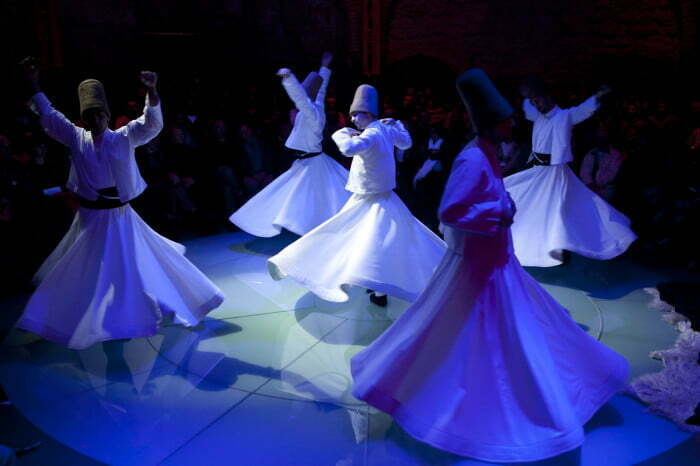 The meaning behind the dervish dress

The dervish dress has a lot of symbolism behind it. Their white robes, known as tennure, are a symbol of death. Their long, black cloaks worn prior to the start of the ceremony are known as hırka and symbolize the grave. And lastly, the felt, brown hats known as kûlah orsikke, represents the tombstone. In short, their dress symbolizes the death of the ego on their quest to come closer to Allah.

Where to see the Whirling Dervishes

So want to see the whirling dervishes in Istanbul?

There are many halls across where you can watch the whirling dervishes perform the Sema Ceremony. I went through the Hodjapasha Dance Theater which is located in Sirkeci, not far from the main tourist attractions.

What I enjoyed most about going through this particular dance theatre is that it is set in an old Turkish bath which is over 550 years old. This former hammam, which was used by both men and women, was in operation until 1988! Sitting under the dome of the main bath and watching the dervishes whirl in such a historic setting made the experience even more special. It’s one of those things you have to do when in Istanbul! 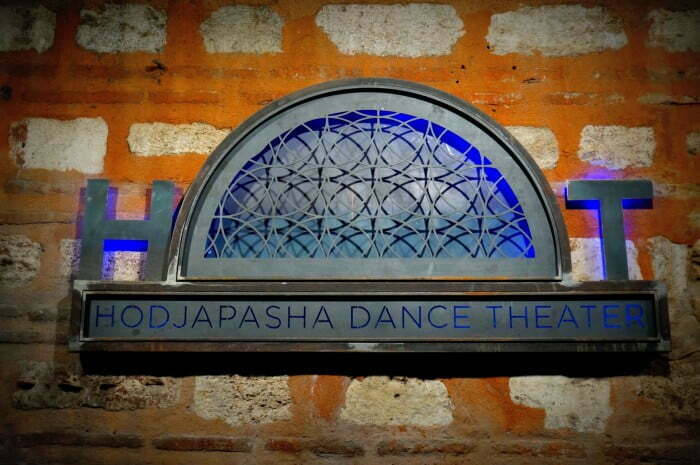 The dervish photos in this post were taken from Hodjapasha Dance Theatre’s website since I sadly didn’t have the opportunity to photograph the dervishes!

Have you ever seen the whirling dervishes? Or have you watched another spiritual dance?