I just got back from a spur of the moment trip to Sofia, and while I had a difficult time connecting with the city, I can say for certain that Bulgaria’s capital is a place that should be on every foodie’s radar. While Sofia is still recovering from a tumultuous past, efforts are underway to help develop the city and put her on the tourist map – and nowhere is this more visible than in the emerging culinary scene!

In no particular order, here are some of the restaurants, bars and bistros that made my visit to Sofia a delectable one:

With temperatures signalling winter’s impending arrival, all I was craving was a hearty bowl of soup. Imagine how excited I was when I found Soup Me! This place is located just a few block off of Vitosha Boulevard (the main pedestrian road in Sofia) and they specialize in classic homemade soups. I asked the gentleman behind the counter for his recommendation and I ended up getting a bowl of Bulgarian soup. The star ingredients included lentils, potatoes and carrots, each spoonful warming me up a little more.  It was the perfect choice for a chilly day in late October! 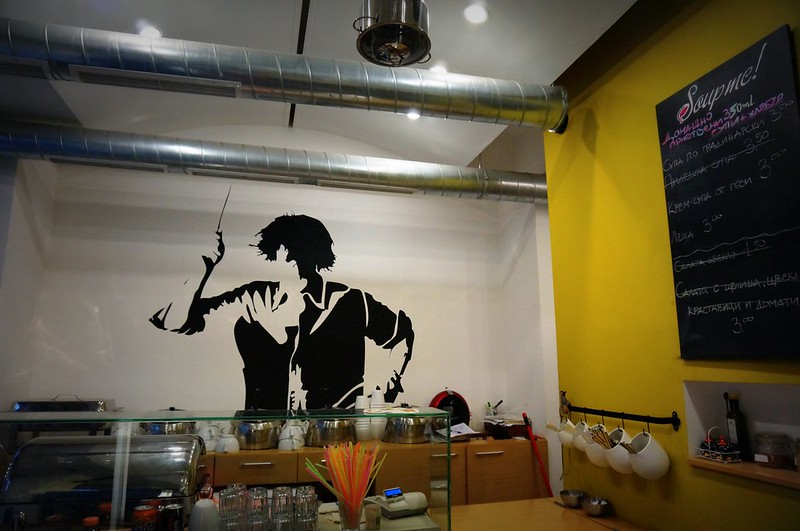 They offer a communal dining experience with a large island and bar stools in the middle of the restaurant; although if you prefer people watching to socializing, you can also grab a seat at a table by the window overlooking the street. I also really enjoyed the clever design of Soup Me: a soup ladle as a doorknob and pots and pans as light fixtures. 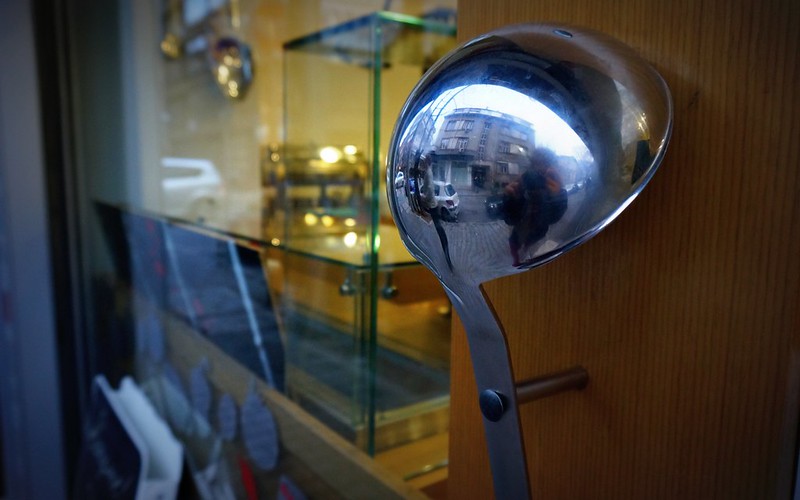 This has to be the most hipster joint in all of Sofia. Envision mismatched chairs, doors turned into tables, and servers with really awesome beards. It had a very cozy, relaxed feel, and the cooking was simple, healthy, and delightfully flavourful! (FYI – They also cater to vegetarians and vegans!) 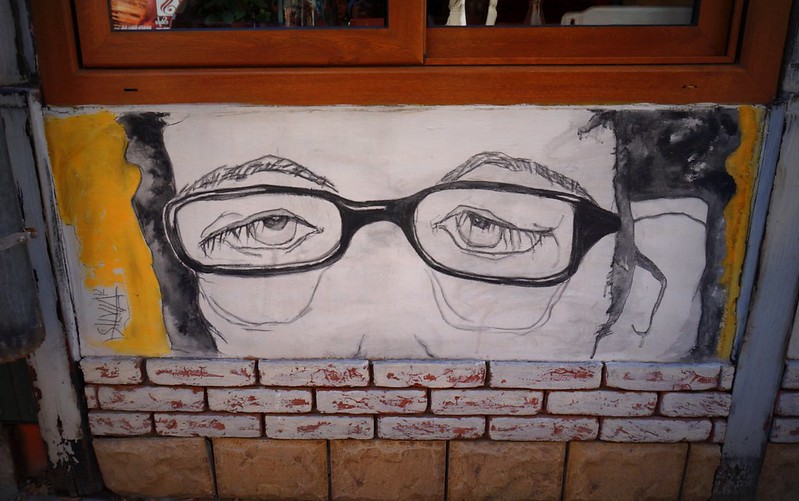 I kind of went hog wild when I saw what they were serving and ended up ordering half of the items on the menu, but to keep things simple I will just focus on the best 3.

The dish that blew me away was the goat cheese salad with cranberries, figs, and arugula. For starters, the serving of goat cheese was very generous – something you don’t often see in other restaurants – and when I say generous I mean two thick slices that had been pan fried, which meant warm, gooey cheese. Magic, I tell you! 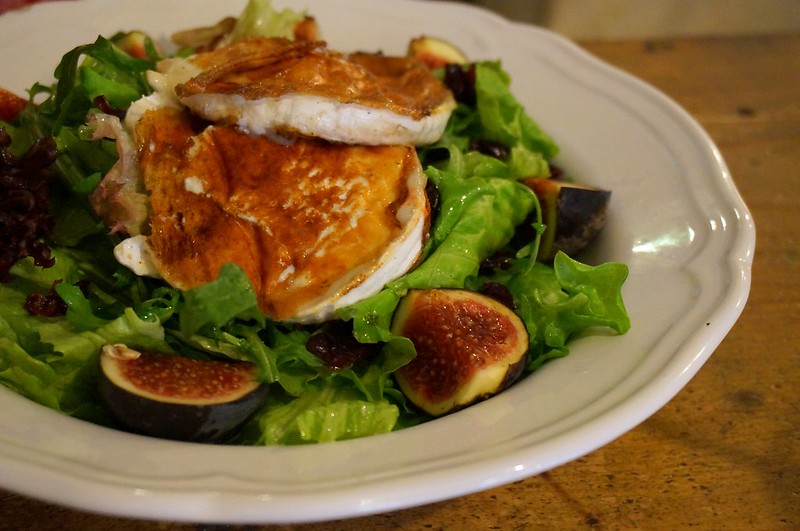 Next up for my main course I got their trout with rosemary and a side of baked potatoes with caramelized onions covered in a cream sauce. Again, a simple meal that was kicked up a notch with quality ingredients and fresh herbs. 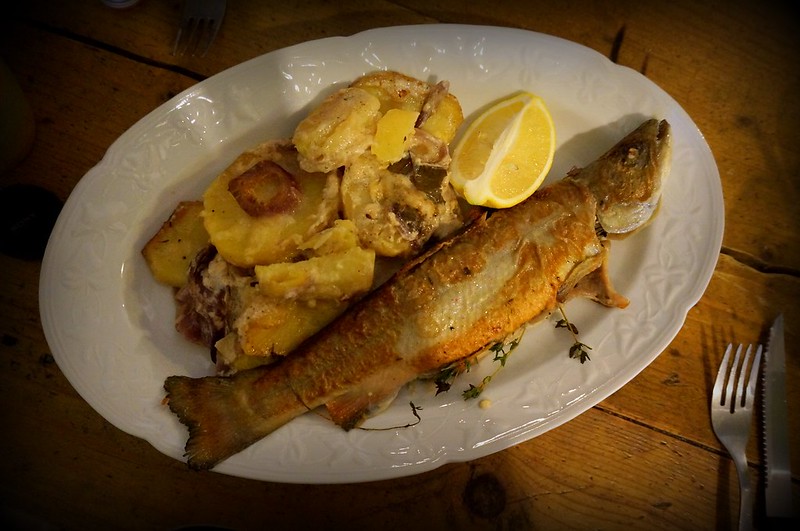 Lastly for dessert it was time for a fig cheesecake. I was tempted into ordering this when a waitress walked by with a slice and put it down on another customer’s table… I was under the impression that I disliked figs until I actually tried one that day. Oh my, oh, my! The figs were surprisingly sweet and the cheesecake was creamy with a chocolatey crust. I would’ve had a second slice if I wasn’t already so stuffed! 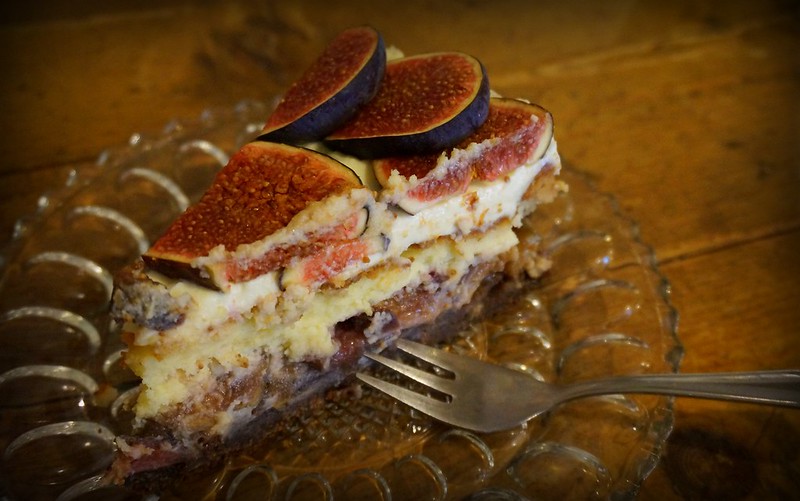 They also had a pretty good selection of local beers and hard liquor including rakia which is a popular drink in the Balkans and can have an alcohol content anywhere between 40-60%. (Pleghhh! I was not a fan but I’m a bit of wimp when it comes to alcohol so don’t take my word on that.) 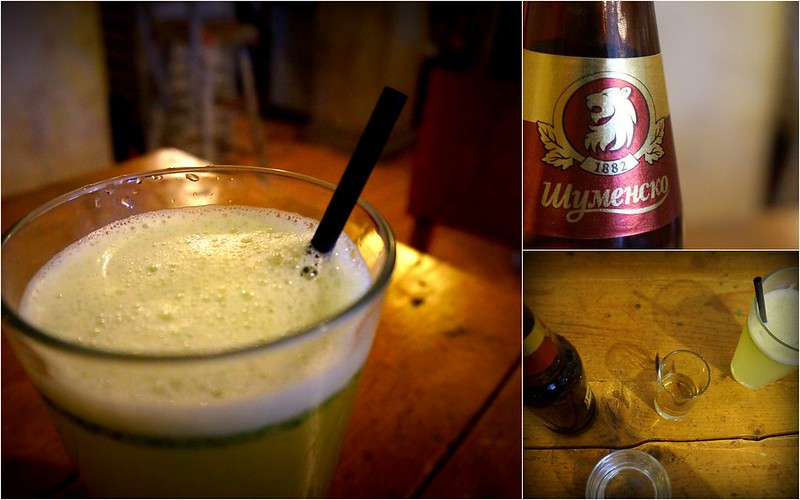 Seriously, if you want a cosy place where to enjoy a leisurely meal, I can’t recommend this place enough. Made in Home really knows what they are doing in the kitchen. 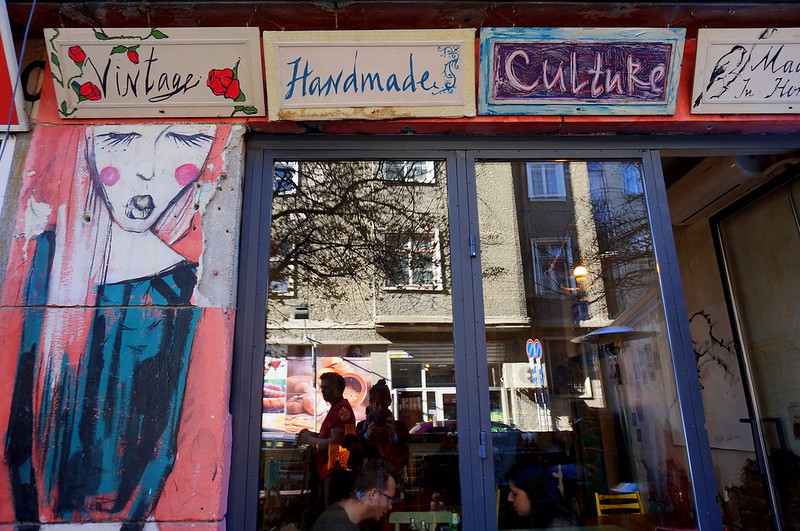 Not only was the food at Lubimoto amazing, but everyone who works here was extremely kind and helpful.

I got the chushki burek as an appetizer – this consisted of two red peppers stuffed with creamy feta cheese, lightly breaded, and then drizzled with a yogurt and dill sauce. The feta wasn’t very strong which made it nice to consume in such large quantities. 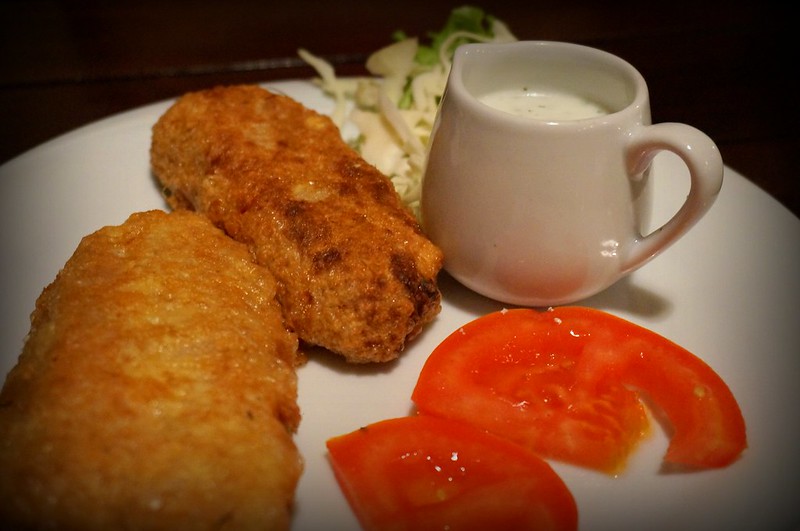 Next up for the main, I got their pork loin platter. This very hearty meal (which can be shared between two, though you’ll likely want it all to yourself!) was made with tender pork meat that reminded me a lot of brisket. It came on a bed of herb potatoes with mushrooms, bacon, homemade gravy, and shredded cheese which had been melted overtop. My taste buds were dancing for joy! I mean it – I had this very dish for dinner and the first bite was enough to make me come back for lunch the following day. Ah-mazing! 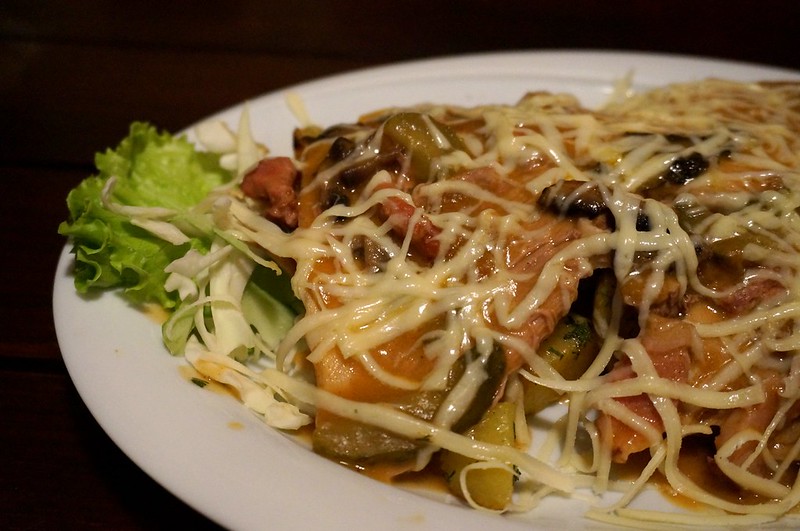 Despite its name, there was more to Raffy’s than just alcohol and gelato – though that doesn’t sound like such a bad combo either… 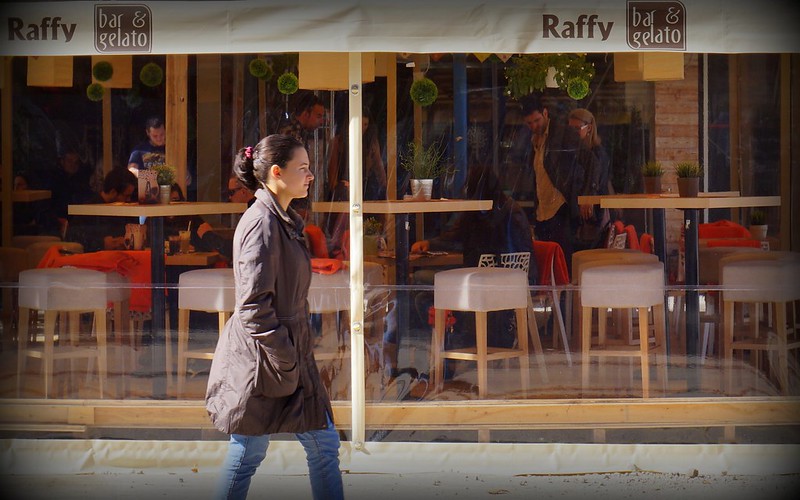 I ended up at Raffy’s on a Friday night and the place was packed! Even though there is seating in the restaurant’s ground level, basement, and in a tent on the main boulevard, we still had to wait about 20 minutes to be seated. (Not that I’m complaining – they had blankets to keep me warm and the long wait was worth it.)

Once a table opened up, I wasted no time browsing the menu. I chose a pasta with olives, prosciutto and aubergines, and I almost felt like I was eating in Italy.

The music was great and the setting felt chic. If you’re looking for a place to see and be seen on a weekend, then Raffy’s would probably be the place to go.

And those four suggestions sum up the best of my eating adventures in Sofia!

Have you been to Sofia? Do you have any recommendations to add to the list?