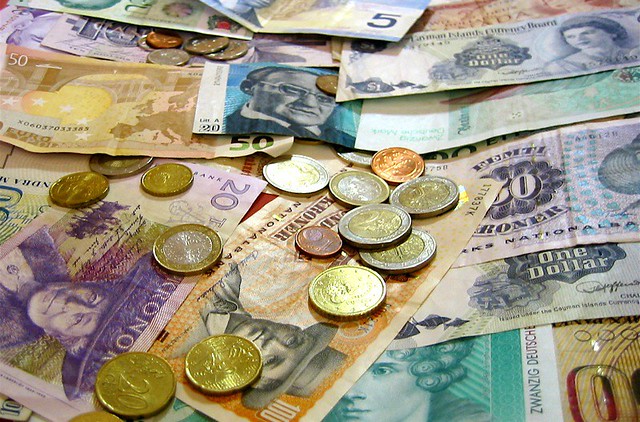 Sure, some may say talking about your salary is gauche, but if you’re looking to move to Korea to work as an ESL teacher (like I did), then money is surely one of the first things on your mind.

Whether your motivation is paying back student loans, saving up for grad school, or funding an extended backpacking trip around the world, it’s more than just ‘culture’ that draws young university graduates all the way out here! I’m talking won, and millions of won!

Can you save money teaching in Korea for a year?

The salary of an English teacher can range from 1.9 million won to 2.4 million won for teaching at a public school or a private academy (hagwon). Pay varies on location, experience, education, and additional TESL certifications.

My salary as an English teacher = 2.1 million won

And this is a look at how I spent my money on a monthly basis:

Free! One of the best things about working as a teacher is that your Korean apartment is covered by your school!

Eating out in Korea is very affordable if you eat at your local kimbap restaurant. These little restaurants serve traditional Korean meals, most of which revolve around rice, noodles, and kimchi. You can expect to get a tuna or tofu stew with rice for 5,000 won, kimchi fried rice for 4,000 won, or beef dumplings for 2,500 won. Because many of the meals in these restaurants are rice based, they are very filling. Also, every dish comes with at least 3 side dishes which means you’re getting your money’s worth. If you go out to a foreign food restaurant you can expect to pay 10,000 to 20,000 for a dish.

Groceries are a completely different story, especially when it comes to the fresh produce section – ie. fresh fruits and vegetables cost about the same as gold.

I usually ate out once a day and cooked a simple meal at home.

I went out for drinks a few times when I first moved here and soon realized it was putting a hole in my wallet as well as ruining my Saturday mornings, so that was that. No soju or makkoli for me aside from the occasional get together.

If you do drink, you can expect to pay 10,000 won for cocktails at a bar. (You can easily spend 50,000 to 100,000 won in one night depending on how heavy you’re going.) A pitcher of local beer will be fairly cheap, and even cheaper than that is going to the local 7 Eleven or grocery store and picking up a bottle of soju.

If I had stayed in my city there wouldn’t have been a need for me to use transportation; my work was a 2 minute walk away, and I had a supermarket, movie theatre and restaurants within walking distance. However, staying within the confines of your neighbourhood when you’re in a new country is highly unlikely – you’ll want to explore!

I used to charge 10,000 won a week on my T-money card to go out on weekends, and I was using mine A LOT! You may be able to get by on less depending on how often you use it.

I got the most basic plan I could find at ‘The Arrival Store’ which happened to be a used cell phone. I paid $40 USD to rent my phone for the year, and my monthly bill came to 30,000 won (roughly $30) a month. It was a very straight forward process; I ordered the phone online and it was promptly delivered to my desk the following day.

I’ve heard some teachers had ridiculously low bills around 50,000 won a month, but unfortunately, that wasn’t the case for me. Even though I consumed very little electricity, my bill usually hovered around the 120,000 mark as did my coworkers’ bills. I have a feeling that in my particular building each apartment paid a set fee based on its size and occupancy as opposed to consumption.

This was my favourite bill of them all – the one for the gas I used on my cooking stove. The highest bill I ever got was just under $3 USD, but it was often just over $1.50 USD. Best part about it was that this bill only came every 3 months! That goes to show you how often I cooked, or how cheap the gas is…

Again, there were cheaper internet providers out there, but I was stuck with the plan the previous teachers had. Not a complete rip-off, but you can get monthly plans for as little as 18,000 won.

A lot of the places I visited this year around the country and around my city were either free or extremely affordable: temples, food markets, palaces, museums, parks.

In terms of shopping, I am probably not the best example since I was absolutely frugal this year. I recall going shopping a total of 4-5 times and one of those times I stumbled upon a massive sale at Forever21 which means I walked out with a handful of cute summer dresses for a fraction of their original cost. When I wasn’t shopping in the sales rack, I was browsing the underground shopping center at Jonggak Station, where there are bargains to be had.

I went out during the spring and summer months a lot more than I did during winter (which I spent hibernating indoors), but this is my rough estimate.

The day trips were quite affordable, especially travelling on the Mugunghwa train. They usually came to no more than 35,000 won including transportation and food in the city.

Weekend trips including food, transportation, accommodations , and sightseeing usually came to 150,000 won. Of course these overnight weekend trips weren’t a monthly occurrence, but I’ll keep those in as a monthly cost in case you’re planning to do quite a bit of travel.

There were also monthly deductions made to my pay cheque in the form of a security deposit for my apartment, and tax contributions, but I have not included those as most of that money was returned to me at the end of the year.

If you last a full year in Korea, then your bank account is in for a real treat on month number 12! Aside from your final pay cheque, you’ll get your severance pay (which is equal to one month’s pay), your pension (to which you contribute half, and your employer contributes the other), your apartment’s security deposit, and your airfare reimbursement for your flight back home.

What was left over at the end of the month?

I’ll admit, I was careful with my spending, but I also had plenty of weekends away and outings in the city. I know people who have managed to save even more than I did, and others who managed to save less. It all depends on your lifestyle and just how motivated you are.

Were you able to save money teaching in Korea?